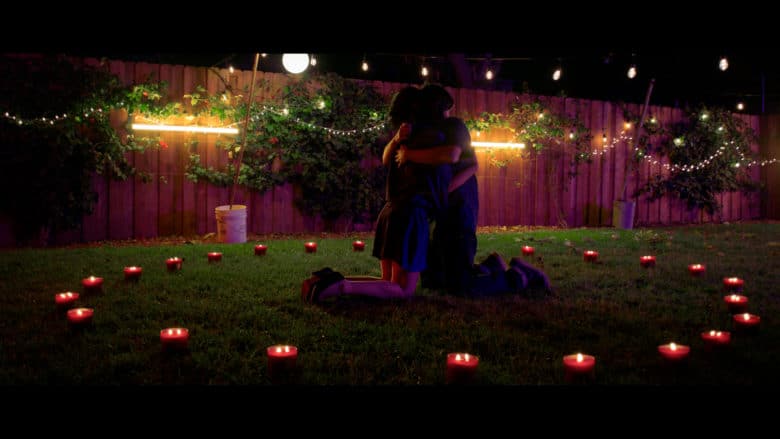 INSIDE THE CIRCLE: Where honesty and love can’t be tampered with.

After a worldwide premiere at the AMC Theater at Universal Studios Hollywood on 9/23/21, the romantic comedy INSIDE THE CIRCLE will have a VOD release on 9/23/21 in the US, Canada, Australia, New Zealand and the UK.

Rocio (Stefy Garcia) and Giancarlo (Omar Mora) have different ideologies about life. Rocio is a lawyer and an independent woman. She believes that true love should end in a real relationship with the goal of having a family under marriage. Giancarlo is a coder and a comic book and superhero lover. He believes that love is love and it should not be tampered with human cultural and religious believes. This is the story of a quirky and offbeat relationship between a lawyer and a geek who want the same thing in opposite ways; true love.

“Inside The Circle is a fun and quirky film that is a lot of fun. It has a great story and excellent performances from its stars. You definitely want to put this on your movie watch list!” – Studio Jake Media

“INSIDE THE CIRCLE is a story that I wanted to write for a long time. I always wanted to explore the true meaning of love in the face of  ‘dogmas’ of love and what we say and teach what love is supposed to be and all the expectations of it.

“I always believe that the “energy” of what we call LOVE, should not be altered with dogmas. It is the purest human feeling and we should leave it at that. And it must be honest, free and truthful. Are the dogmas and the institution of love greater than love itself?

“When I wrote the script, I wrote a lot of my experiences in it, because the way the lead actor thinks is the way I think … for better or for worse. This script and this movie are very honest, because they come from what I think love should be. It is a very intimate and open letter from my understanding of love and perhaps my selfishness of what love should be.

“Shooting the movie was a pleasure and it’s amazing to see your story on the big screen. But we had a lot of barriers due to the financial stress that an independent film can bring. But in the end we did it and we made it happen. Sharing the screen with actors Stefy, Justin and Valeria was great. Everyone was engaged and everyone was on point. Javier, the director, helped a lot. He was the leader on set and he knew what he wanted. Without him, the movie would not have happened.

“So overall, I am very happy with the result and I hope everyone enjoys the movie. And in the end they wonder if they are doing what they REALLY want to do in life, if they love fully and honestly and if they are living the life they always wanted to live.”