Valentine was Jamie Blanks’ horror follow-up to Urban Legend. Based on the Tom Savage novel, Valentine was a fun throwback to 1980s slasher films. Unfortunately, this didn’t go over as well in 2001 as it would play now. Still, I feel that it’s probably David Boreanaz‘s best performance to date.

Playing a young man spurned in Jr High and sent to reform school, he’s on a righteous path of revenge. Unfortunately, modern audiences might have a problem with him taking his revenge on the earliest CW roster of dramatic actresses. That being said, I thoroughly enjoy how Scream Factory has rescued this film from the edge of oblivion.

Honestly, I’m still stunned that feminist horror critics haven’t gone after this film for any multitude of papers. The readers this film produces allows for many approaches. However, I like to view it as the male answer to the Prom Night movies. 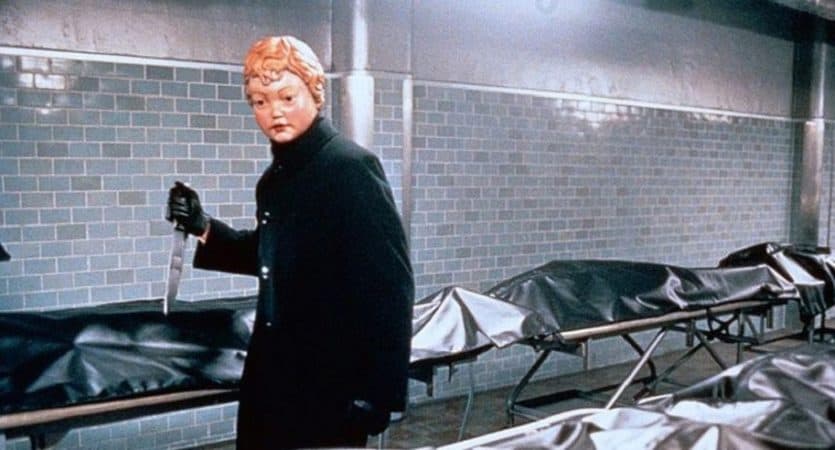