Contents hide
1 THE SURROGATE Opens June 12th in Virtual Cinemas. Here’s the trailer!
2 Wild Eye Releasing brings you THE LURING
3 1091 ACQUIRES CHASING THE PRESENT and Releases the TRAILER!
4 VIENA AND THE FANTOMES starring Dakota Fanning and Zoë Kravitz. Check out the trailer!
5 New Trailer | Judy Greer stars in Into The Dark: Good Boy

Jess Harris (Jasmine Batchelor, “The Good Fight”), a 29 year old web designer for a nonprofit in Brooklyn, is ecstatic to be the surrogate and egg-donor for her best friend Josh (Chris Perfetti, “Looking”) and his husband Aaron (Sullivan Jones, Slave Play). Twelve weeks into the pregnancy, a prenatal test comes back with unexpected results that pose a moral dilemma. As they all consider the best course of action, the relationship between the three friends is put to the test.

A man tries to recover a lost memory by returning to his family’s Vermont vacation home where an unspeakable act took place leaving him institutionalized as a child.

1091 ACQUIRES CHASING THE PRESENT and Releases the TRAILER!

1091 announced today the acquisition of worldwide rights tothe award-winning documentary Chasing the Present, directed and written by Mark Waters.  1091 will release the film digitally in September 2020.  The deal was negotiated by Danny Grant, SVP of Film and Partnerships from 1091, and Adam A. Schomer, Director/Producer from i2i Productions.

Featuring interviews with Russell Brand, Marina Abramovic , Alex Grey, Graham Hancock, Gary Weber, Rupert Spira, Sharon Salzberg, Joseph Goldstein, Matthew Watherston and more, Chasing the Present follows a materially successful young man, riddled with anxiety. Embarking on a world-wide journey to explore the root cause of the modern societal epidemic of stress and emotional suffering, he finds answers to why a person, who seemingly has it all, can continue to suffer from debilitating panic attacks. We can all free ourselves from anxiety and recognize the beauty and power that lies within each of us, if we are willing to go there. Chasing the Present is produced by James Sebastiano, Anna Kolber, Michael Beech, and Mark Waters.

Danny Grant, 1091 says “Given the state of the world right now, this is a timely and important release.  Chasing the Present has a lot to offer for those who struggle with mental health and anxiety.  We are really excited to be a part of this award winning film.”

“1091 is a perfect distribution partner for Chasing the Present,” says Adam Schomer, President i2i Productions and Consulting Producer for Chasing the Present. “This documentary, that bridges an entertaining journey with the conscious information to empower us over anxiety and stress, will be well served with 1091 as they continue to show an understanding of this wellness space and build upon their huge success with my last film HEAL, a #1 iTunes best seller and Netflix hit.”

VIENA AND THE FANTOMES starring Dakota Fanning and Zoë Kravitz. Check out the trailer!

Watch at Home, On Digital and On Demand, June 30th

Viena, a beautiful, young roadie, travels with the Fantomes, an edgy post-punk band, as they tour through America in the 1980s. What starts out as a wild ride of concerts and parties quickly descends into an alcohol and drug induced haze. Viena finds herself trapped in a dangerous love triangle between a good natured roadie and an unbalanced band member, as she is forced to find her own means of survival-no matter the cost.

Check out the new trailer for Into the Dark‘s June episode, GOOD BOY starring Judy Greer! In celebration of Pet Appreciation Week, this month’s installation centers on Maggie, a woman who gets an emotional support dog to help quell some of her anxiety. Only, she finds him to be even more effective than she could have imagined because, unbeknownst to her, he kills anyone who adds stress to her life. 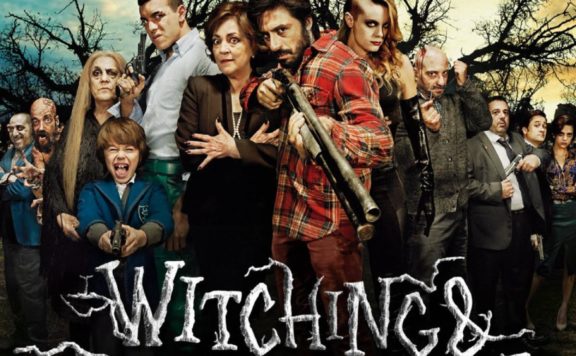 IFC Midnight announces the release of Witching and Bitching on Blu-ray on 10/5
September 14, 2021 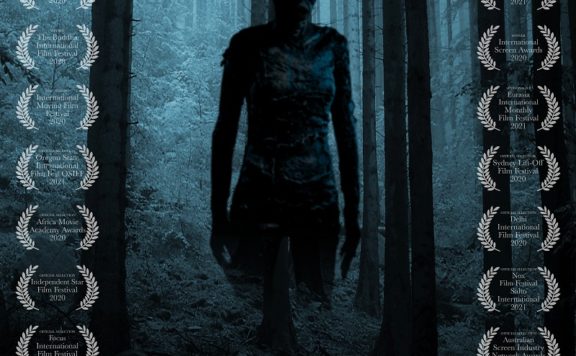