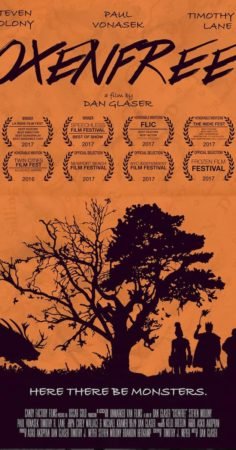 “Oxenfree” is a whimsical movie about three friends rediscovering their childhood playspace. Once back into familiar surroundings, they discover that their imaginations might be a bit more wild than they thought. My problem with the film is that I could never get an exact read on how old the friends were supposed to be. There’s a certain age point where the actions in the film go from thrilling to slightly creepy. Moving past that, I also felt that the third act meandered a bit. It all came together, but it could’ve been a bit more cohesive. Still, it’s well worth checking out.