The last thing she ever expected was to become a hero…

“The Legend of Billie Jean” is one of the best social bandit movies of the 1980s. That being said, it’s also very much a teen movie and it relishes the diminished expectations that come with it. For those that haven’t seen it, Helen Slater gets sexually harassed while trying to make the local rich kids pay for screwing up her brother’s motor scooter. Dude gets shot and she kidnaps three accomplices and they go on the run. They meet up with the kid from Christine and Dressed to Kill, then they still more stuff. Peter Coyote shows up because he was obligated to star in every other genre film between 1982-1987.

There’s something about movies that used to play on a loop throughout your youth. I used to have a VHS super dub that I made of this film, “Leonard Part 6” and “Brewster’s Millions”. There’s so many awkward stumbling blocks associated with the film that it takes age to realize that it’s pretty hokey. But, director Matthew Robbins shows the same panache that he did with “Batteries not Included” and “Dragonslayer”. If you believe in the material enough, you credit an onscreen world that a viewer can accept. After all, “Fair is Fair” is a universal concept and these kids are easy to like.

The Blu-Ray comes with a commentary featuring Helen Slater and Yeardley Smith as the only special feature. The A/V Quality is far better than anything I’ve seen for the film. The 1080p transfer is robust and I wish I had a memory of a theatrical screening to compare it. The Dolby track reads as PCM, but it shares the same issues that I heard with the “Anaconda” disc. Everything upfront with little true definition due to the lossy nature of the recording. In the end, I’d recommend a purchase. 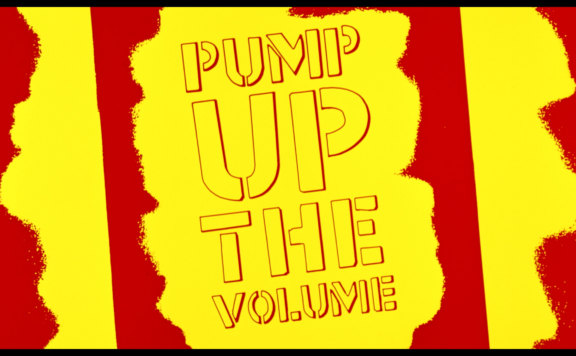