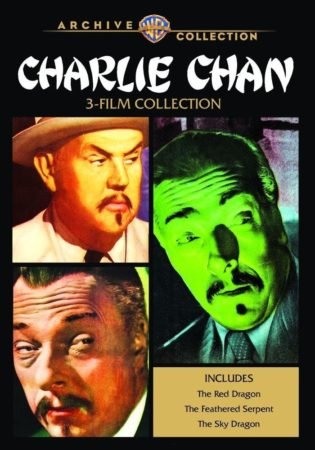 “Charlie Chan 3-Film Collection” is a series of three of the Monogram Pictures releases that WB controls now. You get one Toler flick, but the rest are lesser Chan aka Roland Winters. But, this was the first half of the final six films of Chan. While the character would return to TV and animation over the next few decades, it’s easy to see why the character died here. Somewhere between the Mantan knockoff sidekick and the Yellowface make-up, you can see how the material was too cheap and wrong for the late 40s. It’s not the racist detective hour, but it’s an exercise in “Really?” for even the non Tumblr folk.

When you can get past all of the period racism, the films are poor. Detective stories in the 40s were much like the Western between 1959-1965. A sheer glut of material had made it hard for real quality to rise to the top. FOX and other studios were getting out of the business in favor of the popular Noirs that played to a darker Post WWII audience. One thing I did notice was that a ton of the later movies took place in Mexico. Not sure what’s up with that, as the films painfully had to tailor their plots to make the fixed location work. If you’re curious about Chan, pick up the earlier films. This release is strictly for fans.