As the year ends and a new year begins, tons of material gets log-jammed. Warner Archive released a ton of fun movies at the end of 2019 that got multiple plays in the AV Theater. However, we weren’t the best about sharing our thoughts with the reading public. That changes today.

The World, The Flesh and The Devil

The World, The Flesh and The Devil is a film based in one of my favorite subgenres. That’s right, kids. It’s a Cold War Dystopian future movie! Harry Belafonte stars as the last sane person in the world. Inge Stevens and Miguel Ferrer have a weird dependent relationship that gets awkward as the film continues. Still, the most remembered thing from the film happens to be the shots of an empty New York City.

The year was 1958 and that trick hadn’t gone stale yet. The Warner Archive disc comes with no special features.

The Bad and the Beautiful

The Bad and the Beautiful is one of the best films of the 1950s. However, most don’t remember it. Vincente Minnelli is at the peak of his directing powers, while Kirk Douglas devours scenery. Jonathan Shields is a Hollywood power player that just wants to be the top dog in Hollywood. Really biting for the early 1950s, the film feels like a celluloid middle finger to a slowly dying studio system.

The Blu-ray comes with a feature length documentary about Lana Turner, scoring session music cues and trailers. Warner Archive selectively brings the special features, but they always kill it with quality when it counts.

Don’t Be Afraid of The Dark

Don’t Be Afraid of the Dark actually set me off on a year full of learning more about the history of Post 2000 American Made for TV movies. While people remember the later 2010 feature film adaptation, this TV-movie classic spawned a lot of wonderful ideas. Specifically, let’s see if we can murder children with tiny demons.

Warner Archive always knows what I love and they give me special features too! Uncle Creepy headlines an amazing commentary track. Plus, author Amanda Reyes headlines another track. Reyes has been publishing a lot of work on TV movies, so don’t be shocked if I keep bringing her up as 2020 goes on.

aLL OF THESE WONDERFUL FILMS ARE NOW AVAILABLE FROM WARNER ARCHIVE.

Operation Crossbow is the kind of movie I spent much of college obsessively watching. That’s right, film nerds. I was a men on a mission fan long before Tarantino made it popular for the ankle biters. In fact, I had this one on a VHS tape recorded off TMC and doubled-up with The Dam Busters. Honestly, I prefer this one and I’m glad that Warner Archive is giving it this high quality of a release.

Playing like a Nick Fury comic from yesteryear, a crack team of Allied commandos are fighting the Nazis when their mission gets compromised. Now, they feel that they have to stop the Nazis or else. The special features are a vintage featurette and trailer.

Great Day in the Morning

Great Day in the Morning is a Civil War era Western directed by Jacques Tourneur. That’s right, kids! It’s the man who made Cat People less sexy, but makes all mornings into great days. While threats of succession make people go crazy, a couple of brothers fight over gold!

The Blu-ray comes with MGM Shorts as the only and substantial special feature. Robert Stack was amazing to see as a young man, but films like this require a deep appreciation even from Warner Archive fans.

The Fearless Vampire Killers was saved for last because it’s one of my favorite Polanski movies. Well, that and it has the best transfer that I’ve seen on a Warner Archive disc in 2019. If you’ve never seen the film before, let me find a way to set it up for you.

Breaking out of the arthouse scene, Polanski made a Euro-centric Vampire tale without any of the classic Dracula trappings. The ever-fetching Sharon Tate plays a gorgeous redhead love interest that ends up falling to the embrace of the frozen dark side.

The Blu-ray comes with one of my favorite making-of featurettes. Seriously, that vintage short film was one of the first things I watched on the Internet. That’s pre-YouTube, people. Plus, you get a trailer. While I mentioned the trailer, the DTS-HD mono master audio track pops well too. 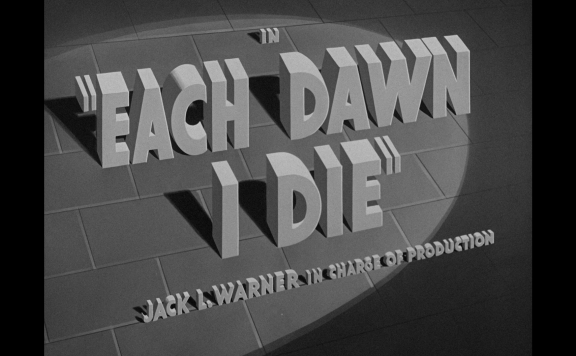