THE HOUSE OF TOMORROW REVIEWED

“The House of Tomorrow” is yet another male driven coming-of-age story. This time, it gets framed around a sheltered kid being force-fed info about Buckminster Fuller throughout the bulk of his life. Eventually, he meets other normal kids and gets to escape from his The House of Tomorrow home. Now, he is hanging out and learning about punk music. It’s all fairly typical and does that thing that irritates the whiniest fringe groups online. It tries to create a relatable tale that reaches across boundaries.Naturally, the process of making something like that creates cliche and overused approaches that might undermine the film. Thankfully, Nick Offerman and Ellen Burstyn help anchor the film out of the YA gutter. I enjoyed the movie, but I realize that I’m aging out of the arena of fond remembrance and into UGH, another teen film. Still, I appreciate Shout Factory for reaching out and trying to save these smaller indie films from the content void.Someone has to do it, people. We’re living in an era where smaller movies are disappearing into the library of too many options. NAKED AND THE DEAD, THE 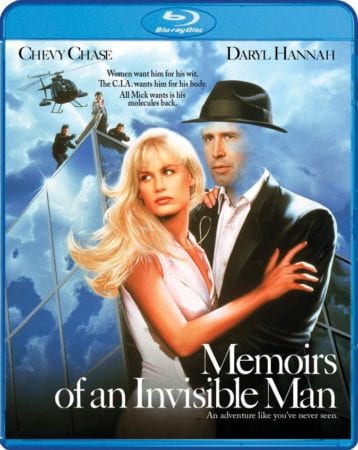 MEMOIRS OF AN INVISIBLE MAN