ROCK AND ROLL HALL OF FAME: IN CONCERT REVIEWED

“Rock and Roll Hall of Fame: In Concert” provides the 2014-2017 ceremonies on two discs. It’s about the same quality as the HBO HD broadcasts, so it’s got that going for it. Still, it’s nice to have everything bundled together in HD. The only catch I see is that it’s such a small sampling of the show. When is Time Life going to go back and put the rest of the ceremonies on Blu?

The older highlight DVDs are fun, but we deserve to see these moments of rock history in the cleanest definition. That being said it’s over 10 hours of content that will keep you entertained while you wait for HBO to show this year’s ceremony. I hope that Time Life revisits this series and keeps adding past installments.

“Watch out for music—it should come with a health warning… And it can make you think that the world should and could be a much better place.” —Peter Gabriel

As the Rock & Roll Hall of Fame entered its third decade, induction ceremonies featured the biggest names in classic rock from the ’60s, ’70s and ’80s. In many cases the original line-ups of bands performed together for the first time in years; other performances featured the kind of collaborations and jam sessions that have made Rock Hall concerts legendary. 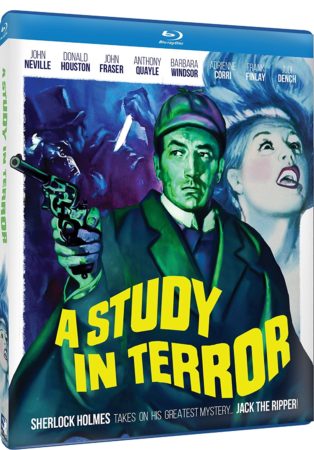 STUDY IN TERROR, A