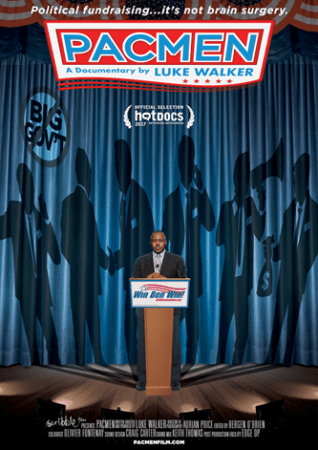 “PACmen” tells the tale of Dr. Ben Carson. Scratch that. This documentary tells the carefully crafted tale of Dr. Ben Carson. Two Super PACs teamed up to define American perception of a Political newbie. Run Ben Run was cried at the primaries. Cuba Gooding, Jr. played him in a rather workable movie. So, why couldn’t he connect with a larger public? Also, why did a guy who didn’t even want a Cabinet position run for President? The political inexperience argument doesn’t hold up.

“PAC Men” succeeds in its ability to show the public how far off the rails things have gone post “Citizens United”. The PACs White House: 2016 Committee and Extraordinary America granted director Luke Walker such access to the process. While the documentary cuts down on a lot of political production, this is a primer to the new policies. What was funny to see take down Ted Cruz later in the Spring of 2016 becomes an ugly look at modern politics for Ben Carson.

At times, it doesn’t even seem like Carson is a person. He’s a movie story, an archetype and mainly a product to be sold to the Public. Watching volunteers and potential voters do mental backflips to OK Carson, while bad mouthing Obama was a sight to behold. Yet, I could understand why so many of these people wanted to bend over backwards. Identity and image are the new Lords of the day and they drive our society. To an extent, the two PACs understood this about Carson. It’s why they pushed the Cuba Gooding Jr movie and sound bytes over live meetings.

Low energy is about the only substantial criticism that Trump has had to offer in his political career. But, that’s the grand takeaway here. Low energy doesn’t win the day. No PAC can fix that.

PACMEN_Hummus from Luke Walker on Vimeo.