An interview with Jackson Rathbone about his new movie ‘DREAD’

Steve: Hey Jackson how you doing?

Steve: Good mate, its a little early in the morning but Im used to it.

Jackson: Ah its cool. Even though its noon, its still early morning for me! *laughs*

Steve: How you going on your tour?

Jackson: Yeah its going great, were about to play our fortieth show in our hundred city tour, in New Orleans, my mommas home town, so you know.

Steve: Hey wanted to say, congratulations on the movie. I watched it the other day and honestly without bullshitting, clearly, out of all of them it was my favourite. I thought it was fantastic.

Jackson: Oh thank you so much, I thought it was a great, amazing group collaboration between a lot of fantastic artists and it was a pleasure being able to work with someone so passionate as Anthony DiBlasi, and to work from a short story by Clive Barker, was just a pleasure and an honour!

Steve: Yeah Ive seen movies by Clive Barker before, that were, even though they were great tries at Barker material, they were just left of the mark, if you know what I mean?

Jackson: Yeah, I mean, I think it owed a lot to Anthony there, what he was able to pull from a short story and expand upon, he kept it very much honest to the Clive Barker world, and its very much owed a lot to him and his passion to his project.

Steve: Yeah it came through clearly, it was damn good. The movie kept me enthralled from start to finished, I had no problem buying into your character, all of them, I was going to ask, the movie itself, was a genuinely horrific movie. Not in the sense of being an instant boo fright type movie, but

Jackson: Well yeah, what seperates Dread from the other films, is it takes an honest approach, its a humanistic approach of the darker side of our psyches, you know, what that can lead us to in terms of if you can get past it or do you get stuck in it like the characters do.

Steve: Yeah, I really liked how they did that, you had a lot of natural fears in there, the way it operated on the human psyche was fantastic, excellent performances all round. To be quite honest with you I was questioning why it skipped cinemas in some cases, I mean Ive been to cinemas and seen films where Ive questioned Why didnt this go direct to dvd? but this, I think shouldve gone to the cinema!

Steve: How was it when you were making the film, the intensity of the movie came through clearly, was filming it as intense as it seemed?

Jackson: We definitely had some very intense scenes that were difficult to film, and hard emotionally to be as honest as possible, the scenarios were extremely difficult. But it was a very cool thing, with all the artists collaborating like you said the performances were fantastic so it was pretty easy to get in and out of the actors head, so wed be in the middle of doing some rough stuff, some rough scenes and theyd call cut wed be messing around and joking around together then. It was fun you know, we had a great time making it.

Steve: I mean shifting over, youve been part of some very little known movies, you know like these Twilight ones… *laughs*

Steve: Youve been part of those movies, and youve also been part of the new movie, the original Avatar The Last Airbender as it were, how does it feel going back to something small scale like this?

Jackson: I personally love it. I mean as an actor, I dont consider myself just an actor, I consider myself an artist, Im a multi-faceted artist. Im an actor, a musician and hopefully a budding director and writer too if you will, I mean I just produced my first film this year which is another very small scale independent which I also acted in. That and my band 100 Monkeys, also composed the entire score for it, itll be coming out on the festival circuit sometime this year. I love doing it, I love doing everything, film making to me is not about the size of the budget, its about the individual people, the individual artists who come together to collaborate to create a piece of art to allow the audience to escape their daily lives and just you know, be involved in these films. Especially in these times, its rough times you know, with the economy, its rough all round, and people need something to escape to, and thats what film and art have done for years and years! 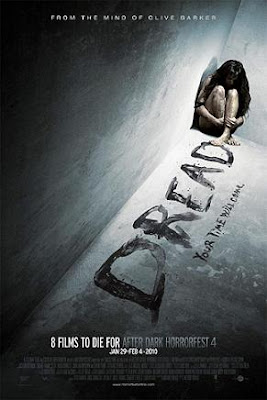 Jackson was an incredibly pleasant and courteous guy to talk to, really cool. When most of my female friends found out I would be interviewing Jasper from Twilight, you wouldnt believe the convulsions my email inbox had with requests for shoutouts to the various women on the periphery of my life, who until then, had not contacted me in god knows how long! And a few men…

Jackson also told me about Spencer Bell, a dear friend of his who died in 2006 of Adrenal cancer, Ill let him tell it:

Jackson: We are actually supporting the Spencer Bell Legacy Foundation which is a foundation to raise awareness for cancer and to give the world the gift of the incredible music of Spencer Bell. When he passed away he had this large, large cache of original music that was going to be released but then he passed away, so weve been able to release it posthumously through the Spencer Bell Legacy foundation but now theres about to be 3 albums since Spencer passed on that are about to come out, and theyll be available on Amazon and itunes, so far theres two out and available were about to get a third one.

You can check out the website for the Spencer Bell Legacy Foundation here: