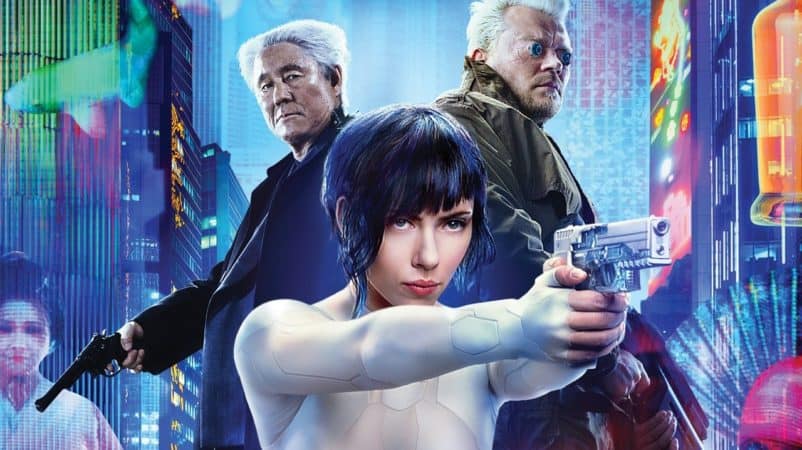 GHOST IN THE SHELL 3D REVIEWED

“Ghost in the Shell” always sucked. I’m sorry, Internet folks. I guess you had to wear trenchcoats and be really into Tool during the 90s to dig this one. This iteration stars Scarlett Johansson as a former military agent with an Asian sounding name. Rebuilt as a killer cyborg assassin, she slowly learns that her new origins might not appear to be the truth. From this, we get Geisha assassins and multiple stunning landscapes. If there’s one takeaway from this movie, it’s the stunning cinematography.

But, you can’t put a bow on a turd. I love that Paramount took a chance on a film about improving Asian people by putting their brains in white cyborgs. It’s like they saw “Get Out” and wondered if they could make that a reality. WETA does amazing FX work and a ton of the shots are practical. Rupert “she didn’t seem gay to me” Sanders directs the hell out of a film that could’ve been an apparent failure. Still, somewhere between the first and last reel, something new happened.

I witness many cinematic crappenings on a weekly basis. “Ghost in the Shell” works as an action film and perhaps a nostalgia piece for some. It’s just that in the modern era, action isn’t enough. Look to films like “John Wick” or the Fast and the Furious franchise. You can’t just hit them with the expectation of spectacle. You have to have submarines firing rockets up Charlize Theron’s butt, while silver faced War Boys scream for Jason Statham’s sweet velvet grip. A handful of ideas to reframe a tired anime into something Western doesn’t cut it. I’m sad to see how much money this film has lost, as the potential for greatness was there.

The 3D transfer is still pretty impeccable, as that home video format enters into its last few days. I appreciate that Paramount is still adamant about releasing titles in the format. While I’d love to see some cross dabbling between 3D and 4K, I’ll take what I can get here. That opening and Major’s first real cross screen jump are reference quality moments in 3D. It’s just a shame about the rest of the movie.