Food Network, a Scripps Networks brand for life, unveils a full programming slate for 2009-2010, it was announced today. The category leader in the food programming genre has all burners lit with eight new primetime series and six daytime, In the Kitchen programs. Food Network folds its highest-rated quarter ever (first quarter 2009) in with its highest-rated year in network history (2008), kneads programming and ratings success together, rolls out the dough, and puts a new schedule sure to rise in the oven.

Food Network is the leader in the food programming space; we continue to develop fresh, new series that appeal to a wide, diverse audience, said Brooke Johnson, President, Food Network. We aim to connect our viewers to the power and joy of food, and right now, that message is extremely relevant. With record ratings and ingenious new shows, we look forward to the opportunity to bring America even more Food Network.

Acclaimed chefs Chris Cosentino and Aaron Sanchez are pitted against two local foodies in a winner-takes-all race through a different city each week. Each team begins with a clue leading them to their first food challenge. Challenges could include everything from wine stomping to eating the spiciest chili west of the Mississippi to diving for sea urchins! The five challenges take the chefs and foodies on an adrenaline-charged, food-lovers tour of each city, and once complete, its a sprint to the finish line to see if the locals can protect their home turf or if the Food Network chefs can conquer a new city.

Renowned for his expertise in wildlife and conservation, Jeff Corwin sets his sights on exploring human culture through regional cuisine in his first Food Network endeavor: Extreme Cuisine with Jeff Corwin. With an open mind (and mouth), this thrilling primetime series follows the passionate foodie and anthropologist as he tears through countries like Thailand, Mexico, Greece, and Peru on radical culinary adventures. Learning from the natives, he samples the exotic foods and local customs that mold each community. Jeff enjoys countless surprises and unforgettable flavors during this fun-filled culinary quest  all in a day’s work!

THE NEXT IRON CHEF: SEASON TWO

Kitchen Stadium once again opens its doors to find a new culinary warrior in the sizzling primetime series The Next Iron Chef.  Ten top chefs from around the country will compete to join the ranks of Mario Batali, Cat Cora, Bobby Flay, Masaharu Morimoto and Michael Symon and be launched into instant fame. Hosted by Alton Brown (Good Eats, Iron Chef America), the reality show will force the contestants into a series of challenging situations that test their culinary skills and mental toughness. As they travel near and far, the chefs must demonstrate their speed, artistry, innovation and leadership as they strive to attain greatness and become Americas Next Iron Chef.

Premiere chefs Anne Burrell and Beau MacMillan each take on a team of six hopeless home cooks and try to transform them from kitchen zeros into kitchen heroes in only 10 days. Viewers will follow 12 recruits as they face a series of high-pressure culinary challenges to help triumph over their inability to cook. The two who make it to the end will face the final challenge: prepare a three-course, restaurant-quality meal for a panel of food critics who think they are tasting dishes prepared by chefs Anne and Beau. On the line are the chefs professional reputations, $25,000 for the recruits, and the chance to say they are no longer one of the Worst Cooks in America!

The cooks with the best recipes in America battle head-to-head for national glory in Ultimate Recipe Showdown. Hosted by Guy Fieri (Diners, Drive-Ins & Dives; Guys Big Bite), the series features everyday folks competing in a Kitchen Stadium-like arena to pit their best dishes against one another. Whether its the recipe that always gets requested from family and friends or the delicious dish that was passed down from grandma, viewers will see who truly possesses the ultimate recipe.

THE NEXT FOOD NETWORK STAR: SEASON 6

Televisions most challenging food fight, The Next Food Network Star, provides 10 hopeful TV chefs with the chance to compete for the biggest prize on television: his or her own Food Network show. Each season, the finalists endure a series of complex challenges that determine their culinary competence and on-screen star potential. Iron Chef Bobby Flay leads the selection committee, who ultimately decides the winners fate and launches one lucky man or woman into a food and television celebrity.

FOODS THAT CHANGED THE WORLD (WT)

Food guru Alton Brown hosts this mini series that explores foods that have shaped the course of human history and influenced the way our species evolved. Alton will also investigate foods of the future and how technology will transform food worldwide in centuries to come.

Well-known for her trademark Semi-Homemade cooking style, Sandra Lee now has her sights set on saving money!  Her new daytime cooking series, Sandras Money Saving Meals, features incredible budget-friendly recipes for every day of the week.  To maximize cost-saving success, Sandra shares unique ideas for savvy supermarket shopping, proper pantry stocking, and menu price points.  She continues to stretch the dollar by creating a clever leftover dish from each episode with Round 2 Recipes exclusively on FoodNetwork.com.  Sandra makes saving money simple, achievable and delicious for everyone!

WHAT WOULD BRIAN BOITANO MAKE? (WT)

Everyone knows Brian Boitano won an Olympic gold medal in figure skating. What they dont know: Brian is an accomplished cook who loves to entertain! In this new series, Brian takes viewers on a reality cooking adventure as he creates amazing food for a new event in each episode. Funny, knowledgeable and irresistible, Brian brings himself and so much more to What Would Brian Boitano Make?

In her new daytime cooking series, 5 Ingredient Fix, host Claire Robinson proves delicious dishes only need five ingredients or fewer making cooking easier, faster and down right irresistible.  She shows viewers how to enhance the natural flavors of carefully-selected, fresh ingredients to illustrate her belief that each ingredient should truly stand out in a recipe.  Taking on popular but complicated recipes and re-inventing them with just five ingredients, Claire reveals how great food can be made simply and quickly!

TAKE ON THE TAKEOUT (WT)

In Take on the Takeout, Danny Boome visits delivery devotees with one goal in mind: to prepare a healthier, tastier, and less-expensive version of their favorite take-out dish faster than the restaurant can cook and deliver it.  In addition to assessing cost and speed, the loyal customers taste and score the dueling dishes while blindfolded to determine the ultimate winner.  With his practical ideas and British charm, Danny attempts to send the delivery boy packing to prove home-cooked meals beat take out any day! 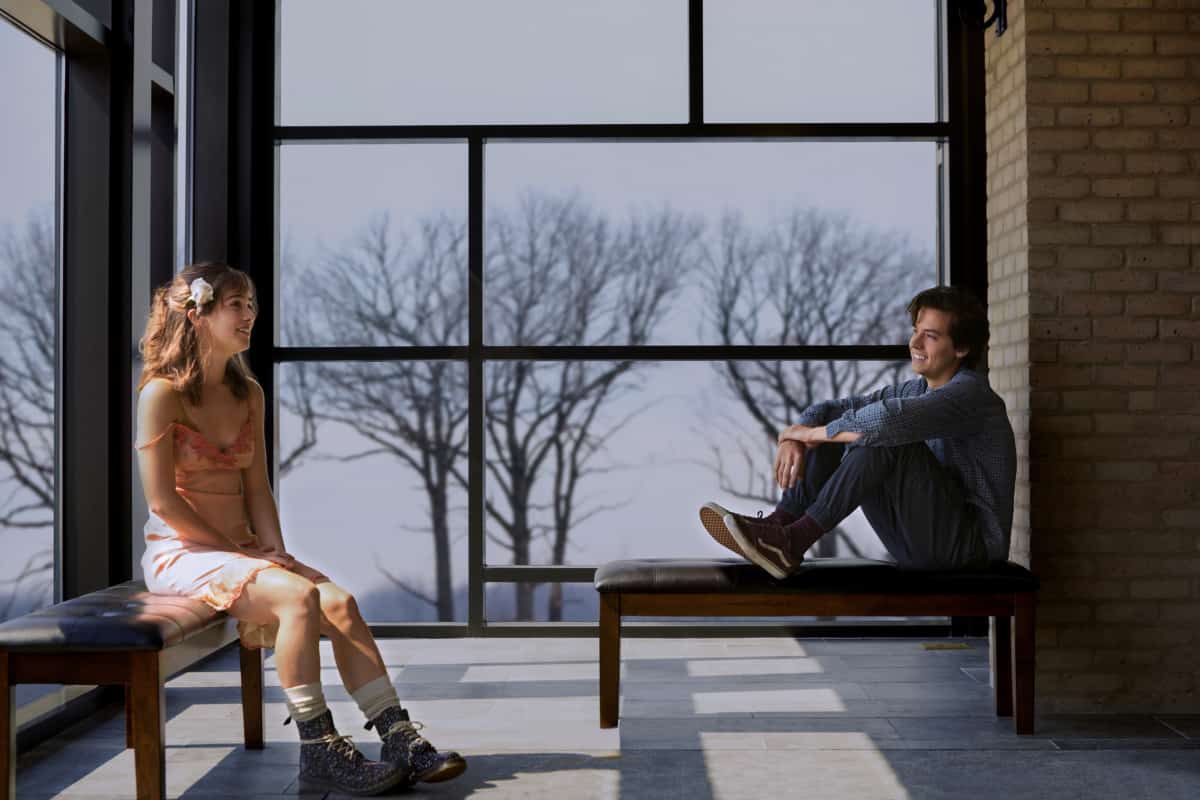 The AV Interview: Sandra Varona (producer of Shine)
October 9, 2018
First Time in Tokyo? The Complete Guide and Itineraries for Tokyo
February 14, 2020
Get out the C4 and yogurt, Burn Notice is back with all new episodes as Season 3 continues on Thursday, Jan 21 at 10pm!
January 6, 2010
HERE’S THE GUACAMOLE SONG FROM THE FOOD NETWORK
January 23, 2009