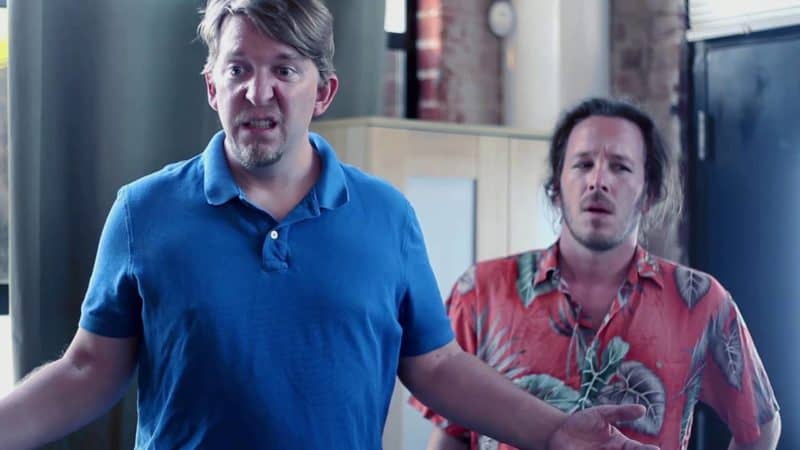 Contents hide
1 CONFESSIONS OF A SUPERHERO REVIEWED
2 SHOW INFO
3 WHERE YOU CAN FIND IT: https://www.youtube.com/channel/UCXeQnxi4V7h01va0V50R1IQ

CONFESSIONS OF A SUPERHERO REVIEWED

“Confessions of a Superhero” is a web series that I’ve been watching since a few days before Christmas. While not exactly breaking any new ground, it hits upon a fun aspect that is usually missing from filmed superheroics. A superhero is nothing more than a person with super strength, heat vision or the ability to phase through walls. When remembering the humanity of a situation, true drama unfolds. While not an amazing dramatic work by any means, the series finds humor naturally rather than forcing a line-a-rama.

The series started as a crowd funded effort a few months back. While I naturally tend to approach crowd funding with extreme caution, this show paid off. Not everything has to be big and every indie production doesn’t have to push for absolute spectacle. What it needs to have is emotional reality. That happened here and it’s why I recommend checking the show out. Link is at the bottom.

“Confessions of a Superhero” is a crowd funded ensemble comedy about the private lives of super powered people in the Bay Area. John (Alex Acosta) is Captain Liberty, superhero at large for San Francisco. Blake (Ilya Gaidarov) is Professor Payne, his arch-nemesis. They’re rivals … arch enemies … and best friends?

Watch as we see pull back the curtain and see the real lives of super powered people.

WHERE YOU CAN FIND IT: https://www.youtube.com/channel/UCXeQnxi4V7h01va0V50R1IQ