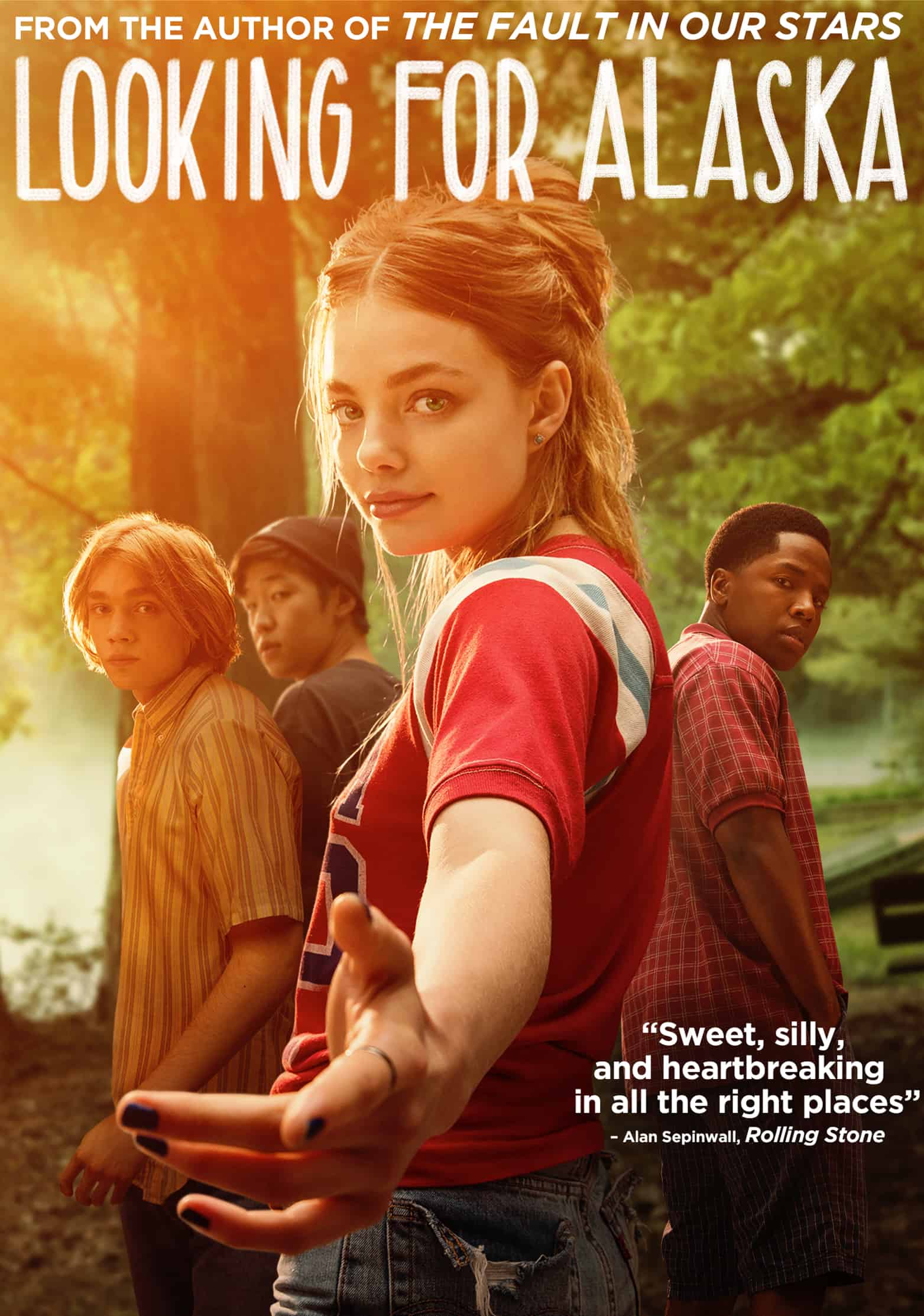 Looking for Alaska is a mixed bag of my interests. I adore HULU original programming, Josh Schwartz is an underrated talent and I still really like Young Adult material. But, I have only enjoyed 1 John Green adaptation and source novel. The rest have been slight piece of fiction that don’t do more but allow the writer to play vicarious Youth culture revisionism. So, about Looking for Alaska!

Looking for Alaska is an eight episode offering that I binged in this DVD set. While I had seen the release on HULU, nothing ever made me sit down and watch it on the first go. Then, I checked my notes about the book. Apparently, local Marion County threw a fit over it being taught to High Schoolers. As far as I know, the effort to ban it collapsed. Still, this is the 21st century and we have people trying to ban books.

While I don’t dig John Green, banning books is the last refuge of an asshole. There is nothing Looking for Alaska as a book or TV series that is questionable to teenagers. Staged in a boarding school, I’d hate to say that these kids’ real-world equivalents are into far harder stuff. Even still, the series builds to one point and that point is what is it going to take to make the lead male character grow up.

There are sexual situations, pranks and a Magic Pixie Dream Girl that gets sacrificed like an ugly American in Midsommar. While the series wraps up with a bow, it feels quaint in 2020. How many times do we have to sacrifice young people to the Terabithia syndrome to make a story?

The DVD comes with exclusive deleted scenes, featurettes and that’s about it. The A/V Quality is pretty sharp for DVD. I’m going to include some shots for you to check out. If you’re a fan, then pick up Looking for Alaska.