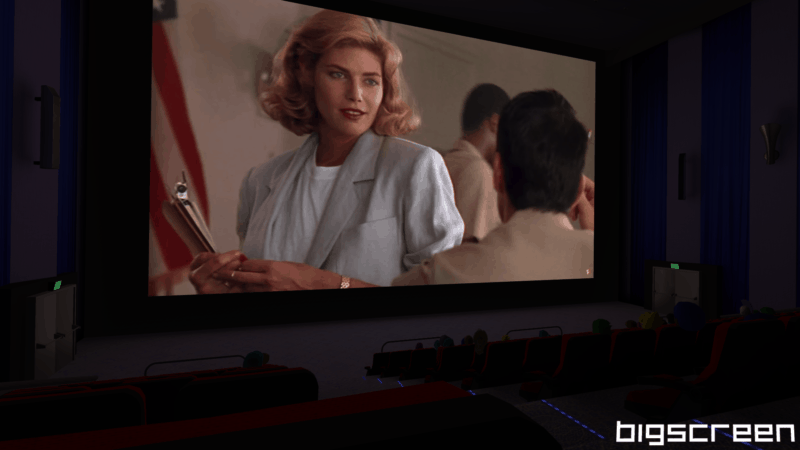 Bigscreen and Paramount Home Media Distribution announced today that Top Gun will be screened in 3D in Bigscreen’s virtual reality software. Beginning at 6:00 p.m. EST on December 29th fans can enter Bigscreen’s virtual theater lobby and have the option of meeting friends before entering the cinemas to watch a screening of Top Gun in 3D.  The film will be shown at regular intervals for a period of 24 hours.

Bigscreen utilizes virtual reality to make users feel like they are in a physical movie theater, watching movies on a giant screen with immersive sound and lighting. With voice chat and avatars, Bigscreen also offers a social experience, allowing users in different locations to feel like they are sitting next to their friends watching movies or TV shows, browsing the web, and more.

“This is an innovative way to bring the immersive and social movie theater experience into the comfort of the home,” said Darshan Shankar, CEO and founder of Bigscreen.

This event is only available to people in the United States, requires a VR headset, and a Windows 10 PC. Supported VR headsets include the Oculus Rift, HTC Vive, all SteamVR-compatible headsets, and all Windows Mixed Reality headsets. Users can view Top Gun for free by downloading Bigscreen’s free application from the Oculus Store, Steam Store, or the Microsoft Store.

Bigscreen is developing a content lineup to regularly screen more movies, TV shows, and video content in its virtual movie theater each week in 2018.

Bigscreen is a leading social virtual reality software platform that enables its users to hangout in virtual worlds, watch movies with friends in a virtual movie theater, or collaborate with coworkers in virtual offices. Power users spend 20-30 hours per week using Bigscreen, making it one of the most widely used “killer apps” in the virtual reality industry. Bigscreen was founded in 2014 and is headquartered in San Francisco, California.