“Antarctica: A Year on Ice” is what happens when you spend a year on the ice. Whether it’s Happy Feet or that Herzog documentary, the mainstream digs learning about Antarctica. Unfortunately, there’s not a ton they can remember outside of stunning landscapes and cute animals. I wonder why people that are drawn to nature documentaries only go for the visuals? Well, it’s not like you can say that the technician fans don’t do it either.

Anthony Powell wants you to feel what it’s like at McMurdo Station. The wise move was stripping out scientist talking heads and keeping the focus tight on maintenance and survival. Powell works better than Fricke in the way that he can condense images into films that work. If you have fears of “Baraka” in your brain, you’re not going to get that here.

The film has hit VOD already, so I know a few of you that will make the case to watch it. However, it’s getting a proper Blu-Ray release later in April. I would love to see this in a proper HD presentation in the AV Theater. Oh well, it’s worth a stream or rental or whatever you do. 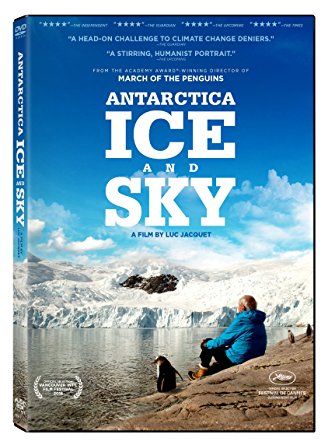