“America’s Treasures” was a 12-part documentary series dedicated to highlighting America’s greatest monuments and parks. The series frames the Treasures as directly related to Roosevelt passing the Antiquities Acts of 1906. What Teddy Roosevelt did back in the day was save natural beauty for the benefit of the American people. It could only be done in a time when a frontier seemed endless and corporations weren’t killing themselves to dominate every inch of free land. This is a lovely release, but I wanted a bit more history rather than a visual feast. Oh well, hopefully they make a follow-up series.

The Story of The United States’ Past and Present Glory

Take an exciting journey across America to learn about the national monuments and parks that pay tribute to our great country, its beauty, and history.

Beginning with the Antiquities Act of 1906, President Teddy Roosevelt created the nation’s first designation to preserve – for all Americans – significant pieces of the country’s ecology, geology, and to memorialize historic sites.

Featuring over 25 historic and majestic locations in this 12-part documentary series, go coast-to-coast from Glacier Bay National Park & Preserve in Alaska to the Canaveral National Seashore in Florida. From our most famous landmarks like the Statue of Liberty to some of our least known treasures like Bandelier National Monument in New Mexico. 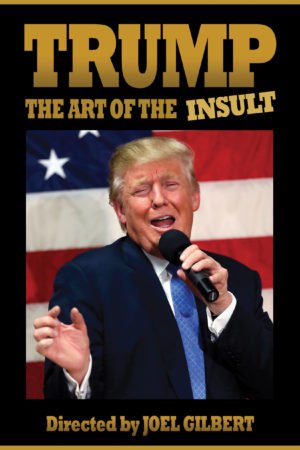 TRUMP: THE ART OF THE INSULT