What to know before watching Adventures of Don Juan

Adventures of Don Juan was a very complicated remake of 1926’s Don Juan. But, I’m already talking remakes of silent films that none of you have seen. Let’s slip into something a little less cinema snobby. Especially, because I want you all to watch the movie that almost killed Errol Flynn.

Errol Flynn has quite the nefarious history. However, he was also quite an unhealthy actor towards the end of his life. Shortly after signing a deal with Warner Brothers to make movies at the studio until 1961, Flynn developed a nasty bout of Hepatitis and heart issues. It caused the production to shut down for weeks, while WB was left scrambling to see if their lead actor would live to see 1950.

History has this weird way of coloring how we remember certain actors. For those that do kinda remember Errol Flynn, they see him more as his characters onscreen. In real life, he was struggling to make it through every scene of Adventures of Don Juan. But, what does that mean for the performance?

There’s few things more cinematic than swordfighting. However, Golden Age Hollywood only let white guys sword fight and kept any drop of historical accuracy far removed from their films. Given that everything was shot within an hour’s drive of the studios, that was to be expected. It’s not like there were a ton of Spanish swordsmen hanging around Southern California.

Adventures of Don Juan features Errol Flynn and his pal Alan Hale living up the best life. Don Juan lands a solid job as the chief fencing instructor for the Spanish military. Due to a looming War with England, Queen Margaret wants her men trained to their utmost ability. That’s when Don Juan puts the moves on the court, the local ladies and generally plays around with everyone. All while an Evil Duke plots against him.

People fight, friendships are formed and we get to see some killer swordplay. The Oscar winning costumes are something to check out, but all and all…the film is pretty thin. That being said, let’s break down Adventures of Don Juan into some digestible terms.

Cinematic Sidebar: It took reissuing prior Errol Flynn movies made at Warner Brothers to get WB to sign off on Adventures of Don Juan.

Why should I buy Adventures of Don Juan on Blu-ray?

Warner Archive offers another stunning Blu-ray for a late 1940s studio hit. That naturally means those of you that don’t watch old movies will take a pass. But, you shouldn’t. In an era where original content is disappearing like a Multiverse Incursion on streaming services, we have to save all physical media. Would you like to know more?

Well, it boils down to this. For those that follow the history of cinema, we learn to enjoy our sections of film history and curate what we dig. But, while doing all of this curation, it allows for blind spots to fester and keep spreading. Over and over again forever until all we end up talking about is Marvel movies and Disney adult fare. So, why not work in a later in life Errol Flynn movie?

Have you seen the 1080p Video transfer?

Warner Archive does it again with another stellar transfer of a 1940s film. However, there is this tricky balance between nailing the look of a 1940s technicolor film vs. creating a lovely modern home video presentation. But, where is the line? On a purely optical level, it’s pleasing on a pure cinematography level. That being said, it does come across rather bright on a typical home theater.

How wonderful is the DTS-HD 2.0 MONO audio?

I’m a stickler for staying true to original audio sources. However, playing so close to the original 1.0 mix shows that spreading out the thin audio turns to Hell. A lot of crowded dialogue becomes a bit messy. But, it’s not that terrible.

What about the Adventures of Don Juan extras?

Leading off the extras on the disc is a stitched together archival commentary. You get a historic archival commentary with director Vincent Sherman and historian Rudy Behlmer. The Warner Night at the Movies feature returns to give you the Short Subjects, Newsreels, Comedy Shorts, Travel Shorts and Classic Cartoon that featured with this film back in December 1948.

Plus, you get a trailer to round out the special features. It’s a stellar release and one that I recommend to fans of classic cinema. What to know before watching Adventures of Don Juan Adventures of Don Juan was a very complicated remake of 1926's Don Juan. But, I'm already talking remakes of silent films that none of you have seen. Let's slip into something a litt...
0
Average User Rating
0 votes
Have Your Say!
Your Rating: 0
Submit
Write A Review
Genre:Action
Rating:Not Rated
Director:Vincent Sherman
Studio:Warner Brothers 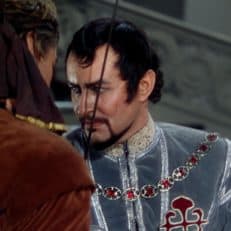 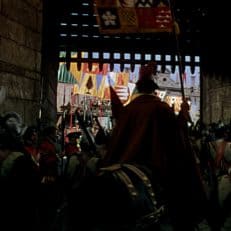 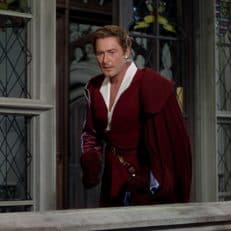