The Frisco Kid is yet another 1979 film that no one asked to watch. But, before we go into the time hole of 1979, let’s take a step back. Who thought a comedy Western from the Pre Civil War era would connect with a post Star Wars audience? Warner Brothers seemed to think that everyone would be cool with it. So, what did future Tom Clancy producer Mace Neufeld unleash on the public?

Gene Wilder had turned down the movie a few times before he was allowed to rewrite the script to play closer to his strengths. Future Death Valley director was set up to direct, before he was ditched in favor of Robert Aldrich. While it was cool to see Old School director Aldrich step up to the challenge of The Frisco Kid, it didn’t work out.

Does that mean The Frisco Kid was bad? Of course not. However, it’s such a tepid movie that it would have been a forgotten Afternoon matinee from the mid 1960s. Well, except for the fact that it featured a Jewish lead and minorities…to a degree. When watching The Frisco Kid, modern viewers will be taken aback by how much of the movie is just Gene Wilder being Jewish and show awkward that would be in the West.

Seeing Harrison Ford in supporting roles is refreshing. Especially when he gets to help change the nature of the movie and provide it some much needed structure. Ford works as bank robber Tommy Lillard who introduces Wilder to what it takes to survive in the Old West. As they make their way to San Francisco, the duo slams into literally every cliche you’d expect.

Wilder’s Avram Belinski is not so much a Rabbi, as he is a Jewish peddler. Not peddling goods, but more experience and service as he falls into the lives of crooks, robbers and eventually a semi Amish community. He’s a happenstance character familiar in olden times, but yet feels trite in a 1979 western comedy? What is going on here?

What’s so amazing about seeing classic film director Robert Aldrich helming something like The Frisco Kid is how dated everything felt for 1979. This was the year that saw The Villain attempt similar Western comedy antics, but even that one fell on its face.

The answer is simple. Nobody cares about laughs in a Western. I can already feel the But Actuallys forming, so I want to talk about the long shadowy arm of Blazing Saddles. The Mel Brooks classic comedy was about Western film storytelling and less about trying to make a Western. The Frisco Kid is a legit early period Western that aims for jokes that don’t amount to more than LOOK AT THE JEW.

The Frisco Kid is a film that will lure you in because you want to see early Harrison Ford or Gene Wilder in his peak years. However, the movie was forgotten for a reason. In fact, there is a lot of 1979 movies that landed right between good and bad. Tepid is a hard label to throw on a film, but there are far more tepid films in the American cinema landscape than there are great ones.

The year 1850 is weird too and it’s not uncommon to see a ton of Westerns stay away from it. You will have an odd entry such as Django Unchained hang in around this period, but history shows it comes with baggage. It’s kinda hard not to address the whole slavery thing and going earlier in the 19th century puts you right in between the Trail of Tears and the Mexican conflicts. Does The Frisco Kid address any of this? No. Could it have been set at a later period? Without issue.

For those listening to the newly launched Video Archives podcast, I notice that Avary and Tarantino have a penchant for 1979 movies. I get why, but I feel it’s something lost on a lot of younger movie fans and casuals. In an era of streaming everywhere and having content on-demand, it’s rare to imagine a period where there was just a whole lot of nothing at the theater. COVID theater doesn’t count, as that was a rare event that killed most production. 1979 was full of active production and not a ton of great movies.

When studying film history and these weird periods were the Zeitgeist morphed, it’s fascinating to see standards give way to the new. The Frisco Kid feeds this by showing that classic film directors or not, making something that felt standard a decade or so prior will feel like soft fluff in the modern era. Is there a lesson to take away here? Probably, but does anyone learn anything anymore?

Warner Archive continues to impress with these deep cuts coming to Blu-ray. However, there aren’t any substantial special features. The A/V Quality is pretty sharp with a 1080p transfer that shows off that soft camera focus. Seriously, I get that everyone had a boner for natural light, but put away the Vaseline. It didn’t look like 1941, but meh. The DTS-HD 2.0 Mono is pretty strong for what it is and I enjoyed it. While it’s a great disc, I’m not sure if it’s the movie everyone remembers.

The Frisco Kid is yet another 1979 film that no one asked to watch. But, before we go into the time hole of 1979, let's take a step back. Who thought a comedy Western from the Pre Civil War era would connect with a post Star Wars audience?...
0
Average User Rating
0 votes
Have Your Say!
Your Rating: 0
Submit
Write A Review
Studio:Warner Brothers 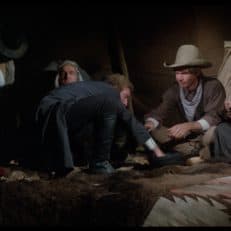 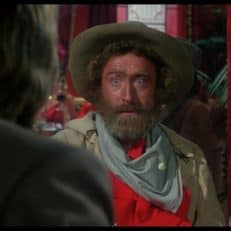 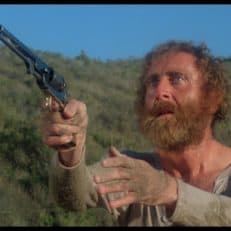 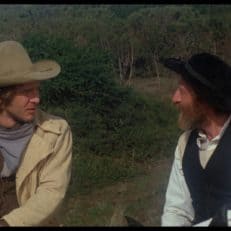