A successful song-and-dance team become romantically involved with a sister act and team up to save the failing Vermont inn of their former commanding general.

“White Christmas” is quite the bizarre movie. It’s a Post World War II movie about a pair of friends who have now become traveling entertainers. They want to hook up with a pair of singing sisters, but they feel the need to save their former commanding officer’s Inn. It’s like Newhart by way of Hogan’s Heroes. If that wasn’t enough, it was Paramount’s first film to be shot in Vista Vision. I know that Hondo was the first real widescreen movie that Paramount did, but let’s not argue small details.

It took time for me to develop a love of the film. But, repetition and aging has allowed me to appreciate the grand pageantry of the 1950s. The film takes schmaltz to the next level by giving it the respect that you’d show to the most serious art film. If you can appreciate “The Red Shoes” and “Tales of Hoffman”, then there’s a visual artistry here that works on the same level. Michael Curtiz was such a workhorse director that he never got the credit he deserved on his later movies. I hope that all of my readers can remedy that this Holiday Season.

The Blu-Ray comes with a Blu-Ray exclusive sing-along option, a special vintage UNICEF documentary, Bing Crosby and Michael Buble having a virtual duet, five classic Christmas TV appearances to promote the film, ported over Rosemary Clooney commentary and a bonus Christmas CD. The trailers and featurettes are also carried over from the old release. The DTS-HD 5.1 master audio track is on par with the first Blu-Ray release. However, this is the first HD release to get the original mono track restored for the film. The 1080p transfer is just as sharp as the old one. In the end, I’d recommend a purchase. 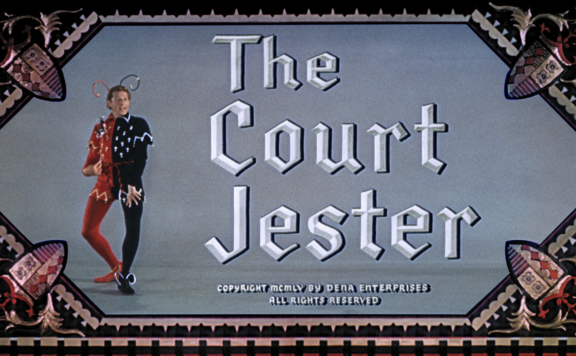