Waterloo Bridge was made twice in a 10 year span, then turned into a minor plot point in Edge of Tomorrow. That’s quite a feat for play adaptation that sounds like every other melodrama of the era. But, what changed when the 1940 version of Waterloo Bridge became about World War II. Were there that many Brits needing a Hollywood romance to make them feel better about the Blitz?

Romantic movies from the pre World War II movie tend to mine what was popular at the time. You get a ton of adaptations of novels, books and recent tales. Past that, it was very rare to get an original romantic tale. The Great Depression was coming to an end, but American sentiment wasn’t that romantic. Even the Busby Berkeley musicals were nearing the end of their popularity. Socially charged directors like Frank Capra were becoming public favorites.

Vivien Leigh was quite a stunner. Still, she only does so much for the role. After all, how many actresses have to play a ballerina turned wartime prostitute? In fact, it’s in studying how badly Waterloo Bridge treats her that Vivian Leigh’s performance takes on a life that lives past the film. She’s a successful artist that gets destroyed by the men that enter her life and destroy her world.

While less stock character-ish than the original film of the early 30s, Waterloo Bridge doesn’t do favors to any women in the movie. In a way, you can almost see it like a Depression era horror film. Leigh is doing great as a ballerina until the soldiers show up. She likes meeting new guys, but then the Blitz and the horrors of War follows.

Jobs dry up and then Vivian Leigh and the women & children are left fending for scraps. When the soldiers come back, Leigh wants to kick up a relationship with Robert Taylor. Unfortunately, he’s wounded and slightly shell shocked from his time fighting the enemy. While discussing being a POW, Robert Taylor takes Leigh to meet his rich family. You can guess how this goes.

The class system in England exists in a way that is still strange to Americans. Over here, you have three settings with a ton of ambiguity in the middle. In England, there is a set of class roles that creates such guilt that anyone outside of a certain bracket feels like the weight of God is keeping them from rising above. It’s pretty unbearable.

Again, Warner Archive dives into the pre World War II Hollywood well. It’s a weird period of time that nobody likes to talk about anymore. While we had the magic year of 1939, that space that came after was filled with entertainment ignoring the larger world. Just imagine being an American seeing the rest of the world go to War and the local single screen theater is making Judy Garland stomp around for your entertainment.

Robert Taylor was a big deal back in the day. Now, I’ll be lucky to find 2 people that know who he is and why he mattered. He rose to fame in the 1930s as the man with the perfect profile. Studios would bring him in initially to help frame shots and he caught their attention. Soon married to leading actress Barbara Stanwyck, Taylor should’ve been the next big thing.

That’s when he got to start in Waterloo Bridge. Then, World War II broke out and Taylor was dispatched to the Naval Air Force unit. When he came back, New School actors and leading men that were bigger before the War got bigger. That’s not to say Taylor didn’t find his way, but Waterloo Bridge showed a lot of his limitations. Mainly that Taylor doesn’t do anything that 20 other actors couldn’t deliver.

He was a decent looking guy that you’d believe leading ladies would dig. Past that, it’s the same reason why Ronald Reagan got upstaged by a monkey. They’re just average white dudes at heart. While we know the major players as classic film fans, there is a litany of guys that never quite made that top crust and they’re all the same. Fight me, @ me, etc on this one. The only exception would be the B-movie actors, but just barely.

The grand takeaway from Waterloo Bridge is all early 20th century romances ended either bad or good. The idea of real world love falling somewhere in the middle can’t exist with Waterloo Bridge because it’s a fantasy of another time.

Warner Archive brings the Waterloo Bridge Blu-ray to you with a ton of special features. You get the audio from a Screen Director’s playhouse radio performance of the film. Plus, you get a trailer. For such a deep dive of a film, I’m glad to see this much. The A/V Quality plays a little too dark for my tastes, but it works. Pick it up if you’re a fan of early early World War II romances.

Fans can purchase WATERLOO BRIDGE at www.wbshop.com/warnerarchive or online retailers where DVDs and Blu-rays® are sold Myra and Roy meet and fall in love on Waterloo Bridge during an air raid. Their love will be one of the war's unspoken casualties. Heartbroken after Roy is reportedly killed in action, Myra turns to prostitution to make her way. The report, however, is false.

Roy later returns from a POW camp, eager to begin life anew with his beloved. But Myra's shattered spirit may no longer hold any room for happiness. Vivien Leigh plays Myra, at once winning and breaking viewers' hearts in this exquisite melodrama.

In a compassionate performance that was his all-time favorite, Robert Taylor is gallant Roy. Under Mervyn LeRoy's astute direction, they make Waterloo Bridge a meeting place for lovers. 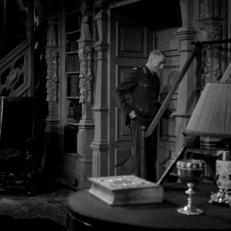 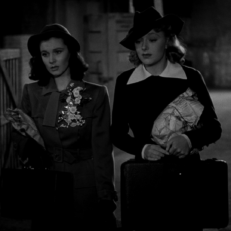 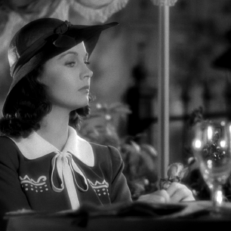 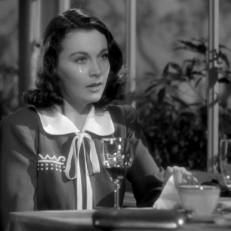 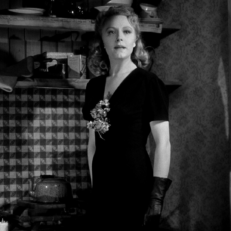 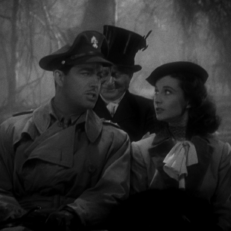 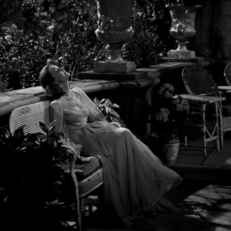 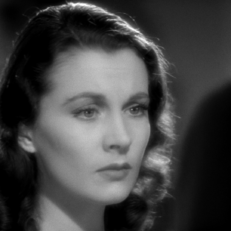