Tennessee Johnson is probably the only major film to show former US President Andrew Johnson in a favorable light. Coming out around Christmas 1942, MGM wanted to continue to mine American history to create Pro-War propaganda. It’s typical for any culture in the film age, but Tennessee Johnson played super weird in its final message. After all, Andrew Johnson was impeached for very good reasons.

This requires knowing Andrew Johnson’s career highlights, which the film covers to a degree. He was a runaway indentured servant to a tailor. Tennessee Johnson follows Andrew Johnson as he learns to read, becomes a local Sheriff and then joins the Senate. After turning his back on Tennessee for joining the Confederacy, he becomes a Union General and helps defend Nashville from a Confederate siege.

After stumbling into the Presidency after Lincoln’s assassination, Johnson found himself in a pretty unfair stance. Tennessee Johnson really begins when it examines the battles between Andrew Johnson and his political rival Thaddeus Stevens. When Stevens realizes that Johnson won’t play, he begins impeachment proceedings. But, that’s not exactly what happened.

The real Thaddeus Stevens was an aging radical who hated everything about the Confederacy and then wanted them to rejoin the Union. Seriously, this guy hated their guts and wouldn’t recognize their roles in Congress after the Civil War. He was also the father of the Reconstruction which ended up becoming so flawed and watered down that it made a bad situation worse.

Thaddeus Stevens was angry that the Congress wasn’t fighting the South more after the Civil War, but then he gained an ally after the 1866 mid-term elections. Ohio Senator Benjamin Wade became President Pro Tempore and he was way more radical than Stevens. He wanted to give women the right to vote immediately, he protested the Confederacy and earned the praise of Karl Marx for his early political speeches.

Stevens and Wade got the Impeachment back on track, as Johnson became a rubber stamp President following Lincoln’s demise. He OK’d nearly bankrupting America to buy Alaska and other lands, then he gave Secretary of War Stanton way more leeway into the Reconstruction efforts. Tennessee Johnson ran through America’s diminished wealth and was supporting cronyism that continued to drive America into bankruptcy.

While Tennessee Johnson makes Stevens look like a bad guy for telling him to slow down, history sides a different way. After all, Stevens’ last work as a Senator lead us to President Grant and the pathway to expanding suffrage and rights for all citizens. But, this movie wanted you to see him as a bad guy because he told an outsider President that he can’t spend endless amount of cash without reason.

It was a super weird thing to make at the start of World War II, as other Presidents would make for far more sympathetic parallels to FDR. That is unless the studio head thought that The New Deal was a giant money waste, but that’s an argument for another time. The point remains that the film was a Propaganda argument for giving absolute authority to a President to do what needs to be done.

Van Heflin does his best as President Andrew Johnson. But, it’s not like he had to do much here. If the underlying goal of a movie is portray its focal figure as a renegade hero, all you really have to do is show up back in the Golden Age. American pop culture wanted cinema that did one of two things. Make heroes out of the bland and demonize the interesting.

Warner Archive brings Tennessee Johnson to Blu-ray with a ton of special features. You get the Screen Guild Radio Broadcast from 1943 and a trailer. Plus, you get the era appropriate Tom and Jerry cartoon and MGM shorts that would have shown with the movie. The A/V Quality is surprisingly strong for a film of its age. Ultimately, I’d recommend a pick-up to the curious.

Fans can purchase TENNESSEE JOHNSON at www.wbshop.com/warnerarchive or online retailers where DVDs and Blu-rays® are sold 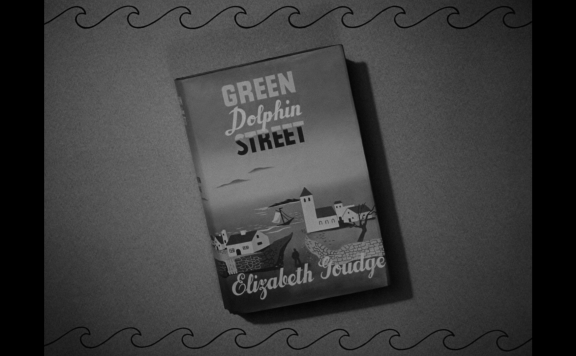 The studio found an ideal role for Heflin in Andrew Johnson, the Tennessee tailor-turned- senator who broke with the South, rose to the vice presidency under Abraham Lincoln and soon became - after Lincoln's assassination - the first U.S. president to face impeachment.

With inspired direction by William Dieterle (The Life of Emile Zola), Heflin convinces as Johnson "by the sheer sincerity and strength of his performance" (The New York Times), while studio stalwart Lionel Barrymore portrays Johnson's nemesis, Thaddeus Stevens, and Ruth Hussey plays his devoted wife. As with most biopics of the era, the film should be viewed today as a reflection of Hollywood's tendency to take factual liberties in order to give audiences an uplifting story and, above all, entertain. 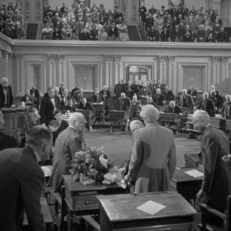 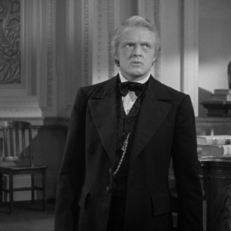 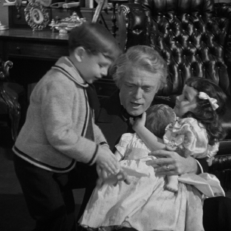 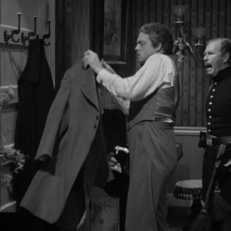 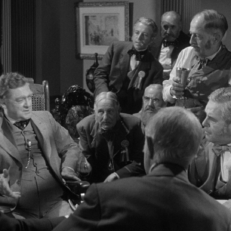 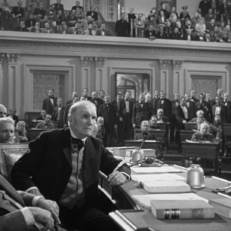 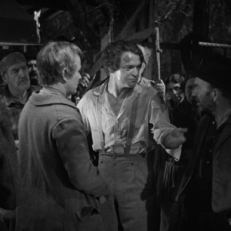