Sunrise at Campobello is based on the long-running play about Franklin Delano Roosevelt’s polio treatments in New Brunswick. Taking place in 1921, we watch Roosevelt deal with being overcome by polio-induced paralysis. Arriving in theaters 15 years after FDR’s death, it was a victory lap of a film for the beloved President. So, what does it mean in 2020?

FDR remains one of the most important Presidents in American history. His work from Day One reduced the impact of The Great Depression, saved millions of lives by actually introducing practical Socialism to the masses and helped direct the tides of World War II. The leaders, thinkers and creators that prospered under him were legendary. But, Sunrise at Campobello asks to look at FDR’s life before that point.

Ralph Bellamy delivers one of the most unsung performances of the 1960s as Franklin Delano Roosevelt. While Bellamy is way more famous for playing as Randolph Duke in the Landis-verse, use this film as a chance to see the man in his prime. There are so many older actors who have their early works overlooked and I feel Bellamy suffers from that in spades. His equals Don Ameche and Hume Cronyn had comebacks in the 80s that still resonate with modern fans. Bellamy just has Trading Places and Coming to America refreshing movie nerd brains.

Presidential origin stories while common in the past are now considered to be abject propaganda. Sometimes, they get released in various forms by smaller outlets, but the big studios stay away from them. Sunrise at Campobello asks a lot, but has quite the cast to sell it. Greer Garson earned her Oscar nomination playing a very humane Eleanor Roosevelt.

When watching movies like this, you have to understand that you’re watching myth production. In reality, the DNC and other political machinery went out of their way to hide FDR’s condition. The average American didn’t know how frail Roosevelt was until his death. Sunrise at Campobello became popular, because it allowed the Roosevelts to help frame the reality of the situation while still feeding the FDR hero image.

The stories we tell ourselves about the people we elect are fascinating. Washington chopping cherry trees, Lincoln did this and that and Kennedy never popped pills and used Sinatra to get Grade A tail. But, when it works to tell an inspirational tale of a man working through illness to find his true calling is touching. Sure, it didn’t happen in a 1 to 1 pattern, but that’s not what Sunrise at Campobello wants to do.

Warner Archive delivers a terrific Blu-ray for Sunrise at Campobello. You don’t get any special features. But, you get a long loved 1960 fan favorite finally in glorious 1080p HD. For a film mainly shot on location, it makes every inch of Hyde Park and Campobello shine like a gem. I’d recommend a purchase.

Fans can purchase Sunrise at Campobello at www.wbshop.com/warnerarchive or online retailers where DVDs and Blu-rays® are sold

He led America's battles against the Depression and the Axis powers - and won. But first Franklin Delano Roosevelt fought a personal battle against polio that would either destroy him - or arm him for greatness. This powerful film of Dore Schary's long-running play is an intimate, admiring profile in courage.

Ralph Bellamy reprises his dynamic Tony®-winning stage portrayal of the future President, and Greer Garson is his devoted, warbly-voiced wife, Eleanor. Both were uncannily true in their roles, and acclaim followed: Garson earned Golden Globe® and National Board of Review Best Actress awards, as well as one of the movie's four Oscar® nominations.

With exteriors filmed at Campobello and Hyde Park and interiors staged on uncanny duplications of the real-life Roosevelt homes, Sunrise at Campobello shines eloquently and movingly. 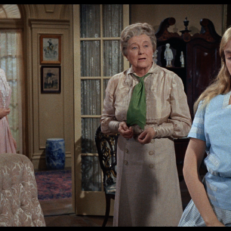 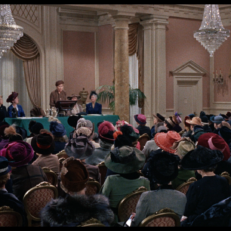 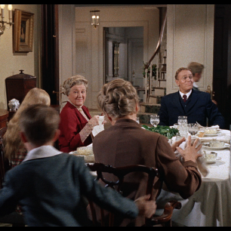 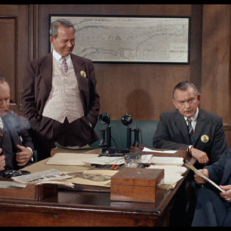 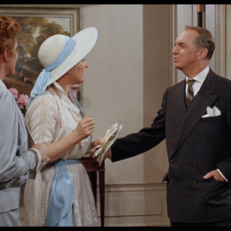 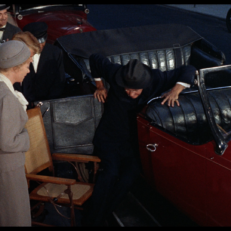 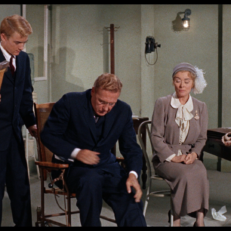 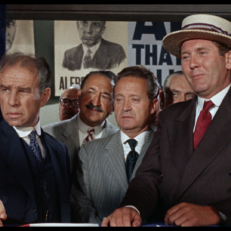