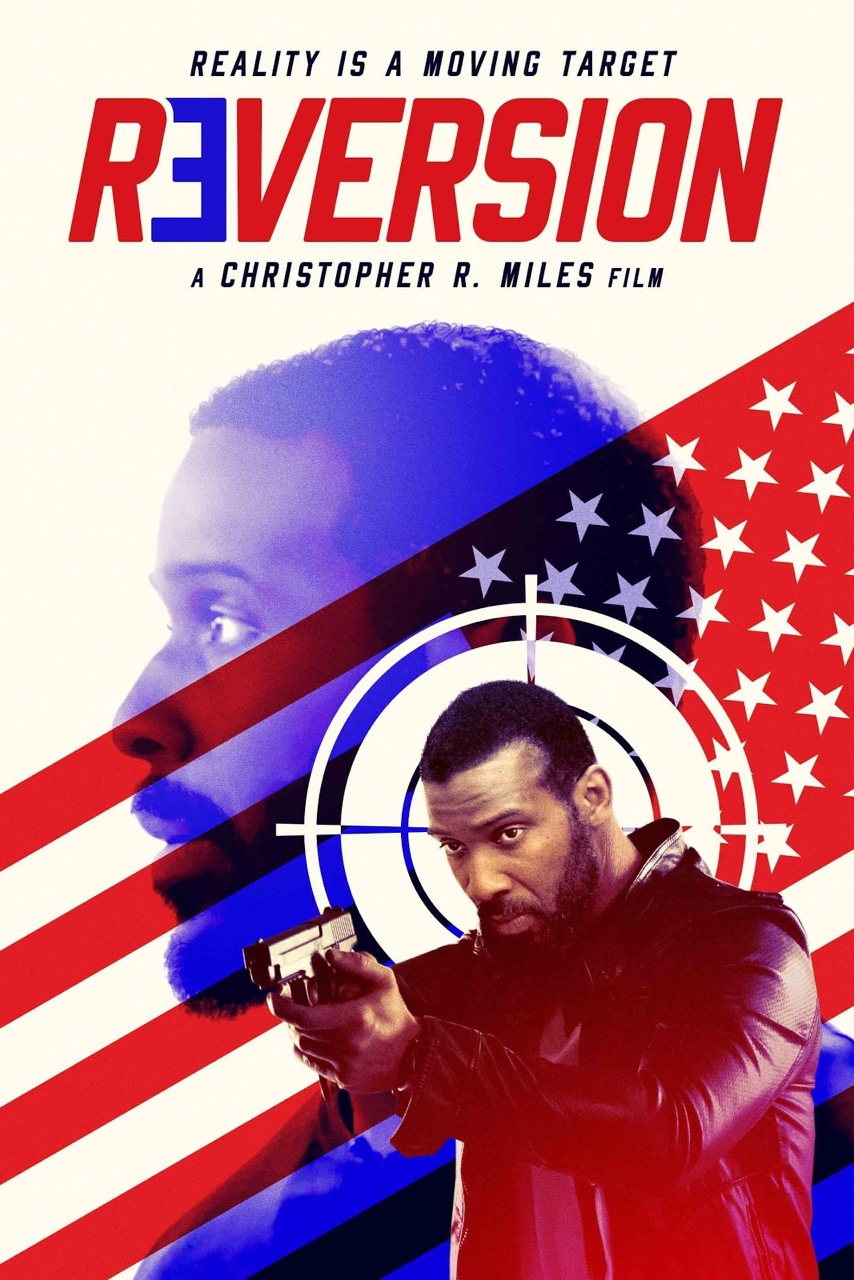 Opens in Select Theaters, on Digital Platforms and VOD on February 26th

Luke King, wanted for killing the President, kidnaps Jerry and forces him to drive to a remote house in the desert. Luke waits for days, trying to flush out the men tracking him. Luke tries to convince Jerry that he’s not the one who killed the President, it was a Clone. And when the handlers arrive, Luke is forced to not only fight a physical battle, but a battle in his own mind.

Sony Pictures Home Entertainment will be making television and film fans’ yuletides a bit brighter with its newly-announced Holidays at Home Marathon, delivering holiday-themed episodes of classic TV series and a schedule of beloved films to be curated and streamed through the Sony Pictures Entertainment YouTube channel (www.youtube.com/sonypictures).

Offerings from Sony Pictures’ television catalog will include favorite seasonal episodes from Community, The Nanny, Bewitched, Dawson’s Creek, Designing Women, Good Times, Diff’rent Strokes, Sanford and Son, Who’s the Boss?, News Radio, Just Shoot Me! and Mad About You. Full episodes are currently being rolled out on YouTube and will be available for viewers in the U.S. to stream on demand through the end of December.

The studio will also be celebrating the holidays with 12 days/nights of classic films from its library. Beginning Saturday, December 12, the Sony Pictures Entertainment YouTube channel will host live-streams of some of Sony Pictures’ most beloved movies spanning a variety of genres—from Crouching Tiger, Hidden Dragon to Legends of the Fall; Rudy to A Raisin in the Sun; Easy Rider to Funny Girl. Viewers in the U.S. will be able to watch these one-time streams at the times below*:

*Times are subject to change. For the latest schedule, please visit: https://www.sonypictures.com/HolidaysAtHome2020

IPR Rare and Ltd. Back Catalog Titles Available Now from Darla, Both Physically and (Some for the First Time) Digitally!

Independent Project Records, who recently announced their 40th anniversary, the relaunch of the innovative record label and their international distribution deal with Darla Records, announced today that a select portion of their rare, limited edition and digital back catalog is currently available via all retailers both digital and physical.

The first new reissue titles from the upcoming IPR relaunch will be remastered, expanded and long out-of-print titles from influential bands Half String, Scenic and Shiva Burlesque which will arrive in 2021. Full details of these new re-issue projects will be announced shortly. Fans of the innovative label can currently find titles from their back catalog available, including many titles that have never been released before digitally.

A handful of extremely limited copies of physical titles as well as the 240 page-page color coffee table book, Savage Impressions: An Aesthetic Expedition Through the Archives of Independent Project Records & Press (P22 Publications, 2020) are available from the IPR Bandcamp page.

The Night is a psychological thriller that follows an Iranian couple, Babak and Neda, and their one-year-old daughter, Shabnam. Returning home from a friend’s gathering, Babak drives drunkenly, too stubborn to let Neda drive with a suspended license. When Babak’s driving threatens the safety of the family, Neda insists they stay the night at a hotel. Once they check-in, Babak and Neda find themselves imprisoned, forced to face the secrets they’ve kept from each other. And though the clock moves forward, “the night” never ends.

The Night went into production in the US in 2018, at the onset of Trump’s Iran sanctions imposition, employing a diverse cast and crew made up of predominantly Iranian immigrants or US-born Iranian-Americans. All department heads leading the production, from production through post, are Iranian or of Iranian descent. The Night employed Iranians in leadership roles in all key creative positions above and below the line, both lead acting roles, while being US-produced.

Iranians are so underrepresented, they are combined with a number of other ethnic backgrounds in both AMPAS’ classifications and the US Census as “Middle Eastern”, despite Iran’s cinema and cultural heritage being one of the most significant in global cinema’s history.

Shot on location in the US, The Night recently received a license for theatrical release in Iran, making it the first US-produced film to do so since the Iran revolution, which Deadline called “a historic benchmark”.

In the heat of the Cold War, the USSR and USA compete for supremacy in outer space. Both superpowers race to be the first nation to have a man complete a spacewalk. No price is too high and no risk is too great.
To set off one of man kind’s most ambitious missions, the USSR pair the unlikely duo of a seasoned war veteran, Pavel Belyayev, and a fearless test-pilot, Alexei Leonov. Without proper testing, and inside a tiny spaceship, the two astronauts launch into the unknown to take on what no man has done before…

WHAT THE CRITICS ARE SAYING
“Equivalent of Apollo 13… a thrillingly nerve-wracking watch.” – Movie Talk
“This is a real-life story of extreme bravery against all odds, with wonderful cinematography and special effects that take us back to the Cold War battle for supremacy in space.” – Starburst

MUSEUM TOWN / About MASS MoCA / Narrated by Meryl Streep CHECK OUT THE TRAILER!

Museum Town, about the creation of MASS MoCA, in North Adams, MA, explores the concept of art and culture as a means for economic revitalization and development.

The film also looks at the artistic process itself—not only how museums work but how artists create, tracking celebrated artist Nick Cave as he builds the monumental installation “Until,” a reflection on gun violence, race, and the American Dream.

Directed by Jennifer Trainer, a former journalist and one of MASS MoCA’s original builders, narrated by Academy Award winner Meryl Streep. The film opens December 18th from Kino Lorber and will be released in virtual cinemas across the country through the Kino Marquee virtual cinema platform.

Pour Tequila (30ml), and White Curacao (15ml) into a shaker, and squeeze in lime or lemon juice (15ml). After shaking, pour the liquid into a glass with salt on the rim.  *Salt the rim of your glass: run lemon or lime along the rim of the glass to moisten and then apply salt or sugar.

Secretly filmed in Iran by women and men who risked arrest to make this film. An immersive portrait of the world’s most honored human rights activist and political prisoner, attorney Nasrin Sotoudeh, and of Iran’s remarkably resilient women’s rights movement. In the courts and on the streets, Nasrin has long fought for the rights of women, children, religious minorities, journalists and artists, and those facing the death penalty. In the midst of filming, Nasrin was arrested in June 2018 for representing women who were protesting Iran’s mandatory hijab law. She was sentenced to 38 years in prison, plus 148 lashes. Featuring acclaimed filmmaker Jafar Panahi, Nobel Peace Prize laureate Shirin Ebadi, and journalist Ann Curry. Narrated by Academy Award®-winner Olivia Colman.

As of today, Nasrin Sotoudeh has been ordered back to prison in Iran.Earlier last month, she was released from prison due to health reasons and the corona -19 virus.Then, she had just ended her 40+ day hunger strike at the end of October in Iran’s notorious Evin Prison. Please join us in telling her story and amplifying her voice for her freedom.This film is her story and is one of the most important documentaries of the year.

00
Previous ArticleVictor and Valentino: Folk Art Foes – The Supernatural Series is Available on DVD March 2Next ArticleGKIDS and Shout Factory to release “On-Gaku: Our Sound” on Digital, Blu-Ray, and DVD March 9, 2021