Summary
For a short blast of socially-aware, gently-homaging horror-comedy to cap off your October with, this one is hard to beat -- containing great work from Brendan Hines, Misha Osherovich, and the one-and-only Tatiana Maslany, all bound together in a skillful package by writer/director Michael Schwartz.
9.9
Amazing

A 15-year-old boy finally comes out to his parents; they seem as doubtful of accepting it as he’d feared. Then what looks to be a meteor shower hits overnight — and the next morning, he gets the shock of his life when it seems they’ve leaned very hard into accepting him. Or, at least, what looks like “acceptance”. Slowly, he realises something has gone very, very wrong with his parents…

That, in a nutshell, is the plot of writer/director Michael Schwartz’s “Snatched”, released by Hulu as part of its Bite-Size Halloween series for this year, its third year of such shorts, for “Huluween“ on its platform. I hesitate to give the entire weft and warp of its story away to you because there are numerous really fun surprises and gags (this is a horror-comedy, after all) that I’d prefer come as fresh to you as they did to me.

Suffice it to say that Schwartz proves his brilliance with this short, because it goes at a cracking pace and covers a lot of horror tropes and satirical ground in its 10-minute runtime. It never talks down to the audience about its points — preferring to cunningly whisper them into its ear instead, while providing a rainbow (yes, pun intended) of colorful shocks to be thrown the audience’s way. No matter what your political persuasion, it’s going to hit hard, and that’s the point.

Snatched uses the sunny California neighborhood location well — it’s not so often scary (but funny) things happen in broad daylight, but Schwartz is able to make the day almost as terrifying as most directors make the murky night — because it’s so much clearer what’s happening in broad daylight, and that’s the scary, funny thing.

Schwartz uses the location as something of a key character within the film itself — it set the tone of events, and it helps differentiate Snatched from a bevy of other films that have tried (at least partially) to tackle the same subjects. The satire works better because of the setting — Schwartz has the ideal launching pad for his ideas, and when they go sproing, all you can do in response is cackle at how it tacks and gasp in where it tacks to.

Misha Osherovich, who plays the lead character, broke out in the 2020 horror-comedy Freaky; they’ve since become a prominent voice on LGBTQ+ issues — they themselves are NB — and this certainly factors into their involvement in “Snatched”, where they play a gay youth painfully coming out to his (the character’s pronouns, nor Osherovich’s) parents.

The casting is remarkably on-point, here; Osherovich actually looks like they could be the child of Brendan Hines and Tatiana Maslany, and Osherovich’s reserved and gentle portrayal of the coming-out, slowly turning into startled and horrified bewilderment and panic at the actions of (the character’s pronoun) his parents over the course of the next day contrasts and compliments nicely how completely wild Hines and Maslany go about their parts — I am sure, quite intentionally.

Maslany and Hines are clearly having a ball in Snatched. This is the first time on film the real-life husband-and-wife have worked together — they already did the amazing podcast Power Trip for Realm earlier this year, which I covered in-depth for this website — and the chemistry and comic timing they have together provides a shorthand that lets the short be as quick and punchy as it wants to be as successfully as it is.

Some things are hard to fake, so having the real thing just makes it come easier and lets the short bounce along with so much more fun. Any writer, producer, or director worth their salt (as Michael Schwartz, just from this, has already proven to be) would take note of how great they are together, because I certainly hope we get more Maslany and Hines working together on-screen (and off-, if there’s more audio work on the horizon) in the future.

Hiness is initially grounded as the subtly-macho dad, clearly unsure of how to take his son’s coming-out to him, but once the meteors fall and the next day hits, he tuns the portrayal on its head — just through mannerisms and a part of really short shorts. Just as Schwartz know what he is doing, so does Hines, and Hines knows exactly how to play the “winking-to-the -audience” aspect of Snatched’s frequent classic horror nods.

Particularly, a sequence involving Osherovich, Hines, a staircase, and a colourful fan emblazoned with the legend “yas queen” on it — which gets wielded like a baseball bat — that brilliantly yet quietly homages a sequence you’re probably already thinking of, just from my description of it, from Stanley Kubrick’s adaptation of The Shining. Believe me, you have not lived until you have heard Brendan Hines utter the immortal words “Stop swinging the ‘yas queen’…. give me the ‘yas queen'”. I’d be thrilled if he gets to do more horror — or comedy! — at some point.

But it’s Tatiana Maslany who, although not the central character, is top-billed, and she gets the lion’s scare of abrupt, unnerving things to do during the climax — unnerving, but so goddamned funny, There is a cutaway sight-gag during this portion of the film that is, quite honestly, one of the best sight-gags I’ve seen all year — and that requires deft editing, directing from Schwartz, and comic timing from Maslany and Osherovich; so I have to give them all plaudits for just what a good sort of funny surprise it comes as.

Tatiana Maslany has already proven the depth of her comedy chops with Marvel Studios‘s She-Hulk: Attorney at Law, but she’s no stranger to horror — she’s done several in her career, such movies with subjects ranging from zombies to ghosts to werewolves — and, knowing what a fan she is of Edgar Wright’s Shaun of the Dead, I can certainly see how that influenced her in reaching out to Schwartz expressing interest in being involved with the film.

This is more Invasion of the Body Snatchers than Night of the Living Dead — or, should that be “Day of the Living Dead”? — but the short, and Maslany’s performance in it, wears its influences on its sleeve, not to mention its social critique credentials; the main family in this film is surnamed “Capgras“, after all.

Snatched, despite its pace and punchiness, does have a few moments that might really, really shock — there is a climactic scene involving Osherovich’s character, with the possessed parents insisting he should pursue other than baseball, which he clearly loves, because he is gay, having his wrists being broken so the character can no longer hold a bat (I’ve spoiled it because it’s really intense) — but that only adds to the film’s satirical point; the brutality of the scene I just mentioned only underlines just how sharp the film, and Schwartz’s writing for the film, are in the bracingness of its societal critique.

It comes hard, but that hardness just makes what it says whang into you with a crack — like a multicolored baseball bat. While you’re laughing and while you’re screaming, you’re also being made to think — and that’s all to the good.

There’s clearly a reason, for this season of Bite-Size Halloween, that it’s Maslany’s face from Snatched that Hulu have chosen to put atop the main screen for this anthology — she is, quite possibly, the biggest, most-socially-conscious name in the lot (although Hines’s, and certainly Osherovich’s, by comparison, are nearly just as big), and the depth of her body of work, coupled with the work she chooses to do, only better sets audience expectations for what a “Tatiana Maslany short film” might look like, even as Snatched so thrillingly inverts (as it certainly did my) expectations.

I suspect Hulu knows what people coming to this season of Bite-Size Halloween have in their minds when they see Tatiana Maslany’s face atop the main screen, and having her there not only sells that, “yes, we have Tatiana Maslany, which means this is going to be GREAT”, but also puts across the idea of “yes, this is going to be horror to think about — but it’s also going to be really weird!” In getting Maslany, Hines, and Osherovich to headline his short, Michael Schwartz created a winning shorthand to platform the entire season of shorts, whether or not every short even had “name” actors in them — it’s a stroke of genius.

I really was not expecting this level of comic and social audacity in Snatched — and that I think is why I loved it. If you think you might appreciate something to shock you, intrigue you, and make you laugh, all at the same time, to round out your Halloween season — Snatched is your film. It’s 10 minutes, 19 seconds long, but it’ may just be the best 10 minutes and 19 seconds of comic horror you’ll have experienced all October. I recommend you give it a go — it’s a lot; it really is a lot, but it’s absolutely worth it.

“Snatched” is available free to watch as part of Hulu‘s Bite-Size Halloween series of shorts for “Huluween“, only on Hulu. It was produced by Boat Ashore Productions.

This has been the review of Bite-Size Halloween‘s “Snatched”, written and directed by Michael Schwartz, for Hulu. 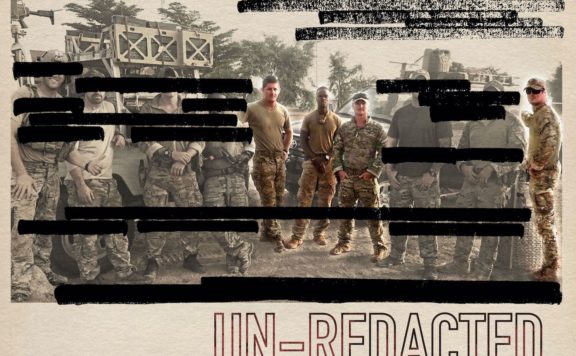 A 15-year-old boy finally comes out to his parents; they seem as doubtful of accepting it as he'd feared. Then what looks to be a meteor shower hits overnight -- and the next morning, he gets the shock of his life when it seems they've le...
0
Average User Rating
0 votes
Have Your Say!
Your Rating: 0
Submit
Write A Review
Genre:Comedy, Horror, Romance, Sci-Fi
Rating:Not Rated
Director:Michael Schwartz
Studio:20th Century Pictures, 20th Century Television, 20th Digital, Boat Ashore Productions, Hulu