Summary
Room for One More is a cute enough film about family expansion. However, Cary Grant feels like a non-entity in the movie. Check out the Warner Archive Blu-ray.
8.7
Great
Video - 8.9
Audio - 8.8
Movie - 7.9
Special Features - 9

Room for One More is a 1952 family drama that no one remembered until Warner Archive rescued it. At this point, I’m fully expecting the oldest person on Facebook or Twitter to chime in with an ACTUALLY post. If any of you do that, let me know. I’d love to see how present this movie was for older fans.

Cary Grant is charming in quite possibly his most laid back role. Playing the family patriarch dubbed Poppy, he takes a back seat role for most of the movie as his wife adopt kids. It’s weird to see such a dynamic in an early 50s movie, but Grant almost feels like a doting wife. It’s almost like there is something going on here.

Betsy Drake works well with her real-life husband in Room for One More. Cary Grant is naturally calm around her and their chemistry isn’t impacted by Drake taking the lead in most scenes. Whether it’s the young Jane or the differently abled Jimmy John, Drake is fully in charge whether it’s Grant or the kids. However, the film loses its way when it leaves the family dynamic.

It shouldn’t be a surprise that Room for One More would become a sitcom roughly a decade after the film’s release. Everything is rather formulaic and is a showcase to show how well Cary Grant and his wife work together. What’s insane is that Betsy Drake is such a cool lady to have done a movie like this.

Draked survived the Andrea Doria shipwreck after a trip back from visiting Cary Grant on set. If that’s not enough, she was an accomplished screenwriter and an early practitioner of LSD therapy. But, Room for One More let’s her watch as an adopted kid beats the hell out of her weiner kids. Things like this are starting to radicalize me while older cinema.

But, as I pull myself out of that mindset…I wanted to call attention to something. While this Warner Archive Blu-ray release was my first time watching this movie, it helped me rediscover an old favorite. If you don’t know, I’m a big fan of kid actors.

Room for One More is also the debut of one of my favorite kid actors. George “Foghorn” Wilson stars as one of Grant and Drake’s biological kids, but this is also where he made his acting debut. Unless you’re a fan of Howard Hawks and Frank Tashlin, then this kid might be an unknown entity to you. So, I found a video to show off his highlights.

Wilson worked with Cary Grant and Marilyn Monroe, but would retired within a few years of appearing in Room for One More. He would later serve in Vietnam and then spend the rest of his years as a postal carrier. Sadly he died in 2015. Back to talking about Room for One More!

It’s hard to besmirch a movie with a big heart. However, Room for One More is pretty mediocre. While it’s quite the prehistoric January dump movie, I can see why it had modest success upon release. It’s a movie that is virtually a safe time waster for any number of audience setups.

The rich history of cinema is littered with releases like this and it’s kinda hard to fault it any which way. Room for One More is cute and the real life couple dynamic is neat. Plus, I’m a sucker for anyone showing Scouting as a positive influence on kids. What can I say? I enjoyed the Blu-ray.

Warner Archive packs this wonderful Blu-ray with several special features. You get some classic cartoons that would’ve been shown with Room for One More and a trailer as the special features. The A/V Quality is surprisingly nice with a crisp 1080p transfer. Plus, you get a period appropriate DTS-HD 2.0 mono track. I’d recommend a purchase to fans of underseen Cary Grant movies.

Fans can purchase Room for One More at www.wbshop.com/warnerarchive or online retailers where DVDs and Blu-rays® are sold Room for One More is a 1952 family drama that no one remembered until Warner Archive rescued it. At this point, I'm fully expecting the oldest person on Facebook or Twitter to chime in with an ACTUALLY post. If any of you do that, let me ...
0
Average User Rating
0 votes
Have Your Say!
Your Rating: 0
Submit
Write A Review
Genre:Comedy
Rating:Not Rated
Director:Norman Taurog
Studio:Warner Brothers 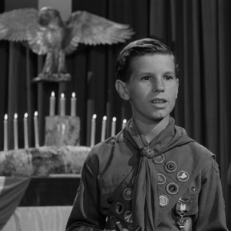 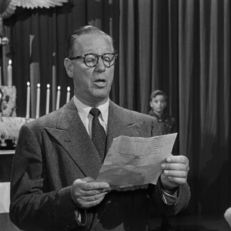 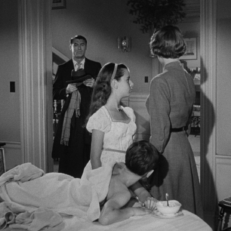 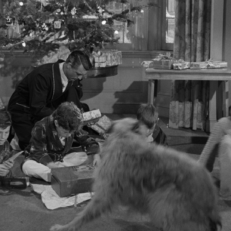 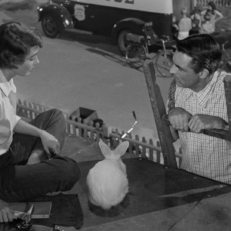 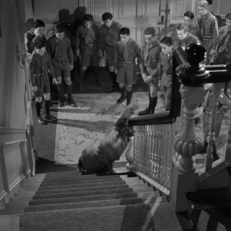