Summary
Good News is proof that if nostalgia doesn't work the first time, then try again. Warner Archive has crafted an excellent Blu-ray for the 1947 version of the film. Come for Peter Lawford, stay because you're trapped in a time capsule.
8.2
Great
Video - 8.8
Audio - 8.5
Movie - 7.2
Special Features - 8.1

Good News was 1920s nostalgia for a post World War II America. It’s a funny thing to look at the movies that were hitting theaters in the immediate aftermath of the War. You either got sweet but depressing movies like It’s A Wonderful Life or heavy dramatic fare like The Best Years of Our Lives. The film was previously adapted back in 1930 by MGM, because nostalgia works for any global crisis.

Whether it’s The Great Depression or World War II fallout, people love to pine for the slim window of time between the Spanish Flu pandemic and stock brokers jumping out of windows. This version of Good News is a cleaned up musical jaunt about how college kids just love football. Peter Lawford plays Prehistoric Johnny Football in his pre Rat Pack/Kennedy sexin’ phase.

June Allyson is the college’s librarian who gets enlisted to help out Golden Age Johnny Utah, as he tries to figure out what it took Billy Madison weeks to master. But, that’s not the point of Good News. This film is about putting athletics before academics and making sure that everybody pairs up. It’s the kind of movie that doesn’t get made anymore.

Well, it does in a way. How is this different than any of that High School Musical retread junk that Disney wheels out content platform du jour? An athlete, his goofy friends and the underutilized female leads sing and fart around while the gentry smirk. Hell, even Mel Torme gets in on the fun of Good News. Was that man born old or is it just the aftermath of my Night Court fandom ruining my brain?

Peter Lawford is such an odd actor to watch. Looking back as a classic film fan in 2021, it’s hard not to see him with all the baggage that came later. He married into the Kennedys, he was the quiet member of the Rat Pack and Lawford never did a bunch of films past the Rat Pack heyday. A lot of his limitations came from a childhood injury to his right arm.

While Lawford spent most of his career hiding the limited use of that arm, it took him out of major roles that a Sinatra, Hope or Milland would have been landing at that time. Most of the loss of functionality was in his forearm and upper area, but it meant that he was almost never going to be a Western or crime movie lead. In fact, it helped contribute to the moniker that stuck on Lawford for the rest of his career.

Many considered Peter Lawford to be among the first to be famous for being famous.

College life on film goes to extremes to try and connect to an audience. Given the mainstream appeal that MGM was hoping to land in the mid 1940s, it might have been a bridge too far. Many Americans were having collegiate dreams for the first time due to the GI Bill. But, the vast majority of Americans weren’t going to be college educated for decades to follow.

This was a fantasy based on access for wealthy people that directly missed most people. So, when this film dropped on a summertime wide release audience, Good News ended up bombing. The music was great, it even picked up an Oscar nomination. But, this was MGM taking a second stab at a musical that few people could relate to the first time.

Good News served as Charles Walters’ directorial debut. So, when MGM gave him a musical adaptation that would drop the Pre Code sex appeal, the rookie director obliged Mayer. Walters would go onto greater success working with Debbie Reynolds and Judy Garland. But, he made the most of the opportunity here.

Looking up the numbers, Good News didn’t fall that short of breaking even. Considering that the film released around Christmas in New York City before going wider the following year, it had time to do well. But, it still didn’t. A lot of that ultimately falls on the kind of story that Good News was selling.

College sure was swell back in the 1920s. Naturally, a lot of people exiting the European and Pacific theaters didn’t want to think back to that sliver of time between the Flu and bread lines.

Warner Archive brings the Blu-ray loaded down with special features that seem to be following a pattern. You get the deleted musical numbers, radio promos and excerpts from the prior film. Plus, you get a trailer. While it’s all ported over from the DVD, I appreciate the effort for a complete upgrade. Revisit MGM’s musical greatness with Warner Archive and Good News!

Fans can purchase Good News at www.wbshop.com/warnerarchive or online retailers where DVDs and Blu-rays® are sold

Good News was 1920s nostalgia for a post World War II America. It's a funny thing to look at the movies that were hitting theaters in the immediate aftermath of the War. You either got sweet but depressing movies like It's A Wonderful Life...
0
Average User Rating
0 votes
Have Your Say!
Your Rating: 0
Submit
Write A Review
Genre:Comedy
Rating:Not Rated
Director:Charles Walters
Studio:MGM 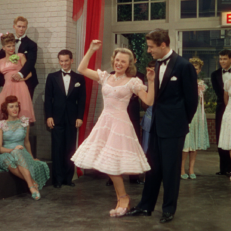 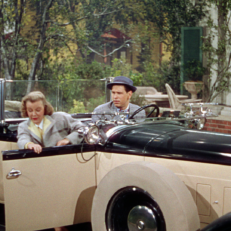 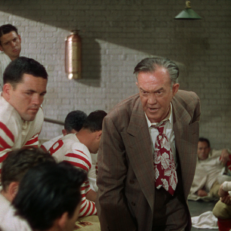 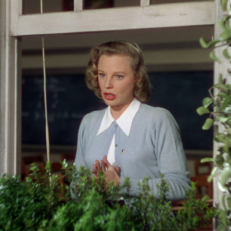 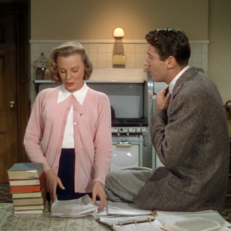 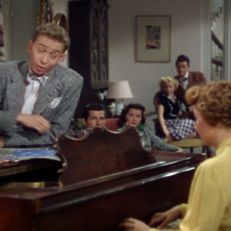 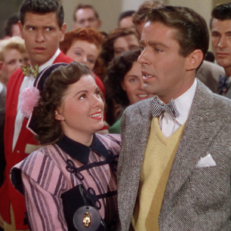