Summary
Baby Doll is one of the filthiest movies of the 1950s. At least, that is what the Catholic Legion would have movie goers believed. Stop what you're doing and watch the Warner Archive Blu-ray release. In what world would Carroll Baker have to settle for Eli Wallach or Karl Malden?
8.9
Great
Video - 8.9
Audio - 8.7
Movie - 9
Special Features - 8.8

Baby Doll is the Kazan movie that almost makes you forget he ratted out his contemporaries to the fascist HUAC. Oh wait, that was A Face in the Crowd. Baby Doll was the movie that got The Catholic Legion all hot and bothered. This is the kind of movie that used to make your film professor laugh to himself at its dated risque nature. But, then you grow older and realize it’s an upper class take on something that runs deeper.

Tennessee Williams is Truman Capote for the Theater Kids. Both have a flair for the dramatic, but Williams wants to keep your attention. What else is there about making a tale about a child bride? Baby Doll was salacious in the 1950s, but now plays as a bygone oddity. Some have called it a comedy, but I feel like that’s a later mindset trying to reframe the movie.

Baby Doll was adapted from two lesser one-act Tennessee Williams plays that time forgot. Elia Kazan supposedly rewrote most of Williams’ adapted script to take advantage of the film’s setting. Shooting in Jim Crow era Mississippi, the production ran afoul of the local behaviors several times. So, they had to keep isolating at a remote location. Then, the Kazan rewrites and directing choices hit.

It was not uncommon to see films, literature, etc about older men lusting after a woman. What makes Baby Doll so skeevy for a modern audience is the complicate legalese involved in Baby Doll being sold to Karl Malden. While as a 17 year old, she would have met most Age of Consent laws at the time…her dad sold her to a local businessman.

For the sake of keeping Jack Warner from having a heart attack, Baby Doll can’t have her virginity plucked until the age of 19. Most of the film hangs this setup on Baby Doll as being part of a larger series of business transactions. Malden and Wallach have competing cotton gins and there’s only so much work to go around. As they compete for Baby Doll, they compete for better cotton standings.

Eventually, the film leads to a third act about destroying the rival cotton gins. Why? Well, because no one wanted a Christmas 1956 movie about who gets to ravage a 19 year old virgin first. I’ve heard and read John Waters talk about Baby Doll a lot and that’s what got me into rediscovering it. Yet, my contemporary favorite film analyst Rich Hall tap danced around Baby Doll with his British documentary on Southern Films.

The Catholic Legion of Decency thought Baby Doll was the filthiest film ever made. Well, at that point. Cardinal Francis Spellman used the early power of mass media in the 1950s to target Baby Doll’s release. Arriving in theaters near Christmas 1956, it was seen as an affront to the decent Catholic families of America. This only lead to help boost up those early box office returns. But, it cost Andy Williams’ some success for the mid 50s bop he sang for the film.

What’s so incredibly fascinating about covering older films is to measure the initial response to the first wave of critical revisiting and then to modern sensibilities. Warner Brothers faced an immense backlash to Baby Doll upon initial release, but that didn’t stop the Oscar nominations. Hell, it didn’t stop the film from a critical and academic darling that is discussed for the last few decades.

It just meant that Baby Doll suffered a little at the Christmas box office. As always, my film brain tries to connect what I learn from older cinema to events in my life. Hell, I can remember a time when a kid got suspended from my elementary school for letting other kids listen to Devil Inside on his Walkman. Now, I wish a kid would listen to INXS.

While I find it funny that this was Eli Wallach’s first film, he balances out the weirdness of the Karl Malden role. Baby Doll is nothing if not a study in how personal attraction leads to abject oddity. Malden is playing an older creep that left behind his social graces to raise a cotton operation. Now, as the end of his prime nears…he wants to buy his way into love.

Eli Wallach naturally stumbles upon Baby Doll and tries to woo her. But, he’s an old man as well. He’s trying to take advantage of the situation that Baby Doll’s creepy old father caused. What you have is a Holy Trinity of old men treating Baby Doll as a sexual commodity that can ease their problems. While Wallach is sympathetic, he’s more of the same that keeps this film going.

Looking back, it’s strange to think how badly the Catholic protests derailed Baby Doll. Adults still watched stories for adults back then and this was one of the New School’s first big acting triumphs. Maybe they hitched their wagon to Williams’ adaptations a little too long. I just hate that movies with great acting took a black eye here.

Especially when every single Williams’ adaptation after this point was then fed to bankable actors and had the melodrama kicked up a notch. I’d go so far as to say it wouldn’t be until the 1980s with “Death of a Salesman” that the Williams adaptations got back to the heart of the material.

Warner Archive delivers comes with a featurette and trailer as the special features. The A/V Quality is such an improvement over the old DVD. The 1080p transfer pops with that stunning Black and White cinematography. The DTS-HD 2.0 mono track pops across all channels. I’d recommend a purchase to Kazan/Williams fans.

Fans can purchase Baby Doll at www.wbshop.com/warnerarchive or online retailers where DVDs and Blu-rays® are sold

Baby Doll is the Kazan movie that almost makes you forget he ratted out his contemporaries to the fascist HUAC. Oh wait, that was A Face in the Crowd. Baby Doll was the movie that got The Catholic Legion all hot and bothered. This is the k...
0
Average User Rating
0 votes
Have Your Say!
Your Rating: 0
Submit
Write A Review
Genre:Drama
Rating:R
Director:Elia Kazan
Studio:Warner Brothers 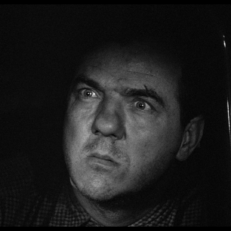 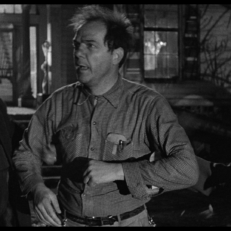 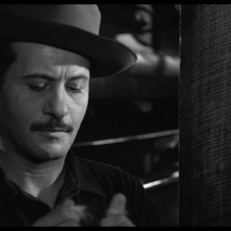 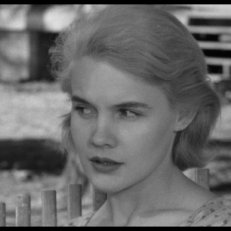 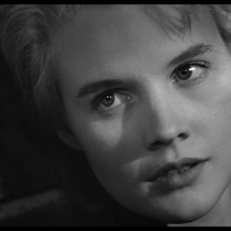 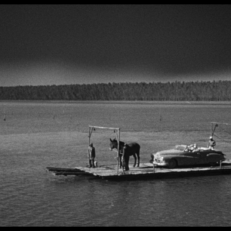 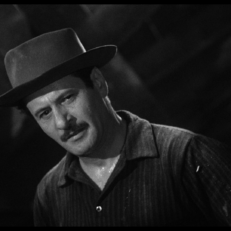 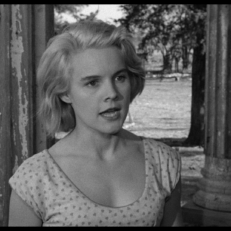