It’s A Wonderful Life is an American classic in the same way as This Land is Your Land. Both are classics works of mid 20th century Americana. These works also highlight the awful underbelly of existence in an emerging empire. Soldiers returning from war got to spend Christmas 1946 watching a movie that combined Depression economic anxiety with Post War suburban depression. What a Christmas tradition!

Frank Capra was a filmmaker who would have been too sweet in the 60s, but was almost too sanctimonious and righteous for the 30s and 40s. He made issue movies in a way that was palpable to the masses, but kept that angry tinge. Capra made social issues movies handled with the grace of a Liberal Arts student trying to make his/her tired parents woke. You admire the ambition, but you’ve heard the messages better from less intrusive people.

Jimmy Stewart was Capra’s go-to workhorse. Starting in the late 1930s, Stewart became a regular Capra player in his major comedies. While Gable had been the early favorite at Columbia, Stewart emerged as a lead for a new era. That was a nice coincidence as Gable was getting locked down over at FOX, WB and working more with Selznick. But something had started changing in Capra’s approach to filmmaking. After a run-in with a Christian Scientist friend, Capra wanted to make movies that made people feel better about what they could become.

Looking at the options for George Bailey, I don’t see how Capra could have used anyone else. Would a Cagney, Raft or Grant have been able to pull off the role? Of course not! They were too gruff and manly to portray a simple man. Stewart was able to tap into the sensibility that comes from a lifetime of experience. Couple this with Capra wanting to make movies that let mankind knew that God loved them created quite the dichotomy during World War II and its immediate aftermath.

Donna Reed is capable in the leading role that helped to bring her to greater fame. While most of your parents know her from The Donna Reed Show, she was a working young 1940s actress looking for the right role. Could other actress have pulled off the role? Sure. But, there was something special about a lady that could milk a cow to shut down a Lionel Barrymore bet.

Youth is wasted on the wrong people, but the wrong people can make the best things right. What is so odd about Donna Reed’s Mary is how Capra uses her character as a means of predestination for George Bailey. She’s not really her own character as much as she’s an anchor to keep George from ending it all. While I don’t expect It’s A Wonderful Life to be progressive, the move does Donna Reed a little dirty. But you love her as an audience member in her own way. Maybe she was the ancestor to the later Manic Pixie Dream Girl?

There is villainy to be had with the elderly town kook. Mr. Potter is a thief that gets away with stealing eight thousand dollars from a struggling small town bank at the end of World War II. Capra letting the bastard get away with it is a dose of cynicism that you don’t even see replicated in modern cinema. He literally steals money from an elderly man with failing faculties. It’s not that Uncle Billy gambled and loss, he had the money straight stolen from him.

What does it mean that Uncle Billy is meant to suffer, while Mr. Potter profits again and again? It’s A Wonderful Life is a work about positive individuals staring down the face of an indifferent community. Meaning that Capra acknowledges that the Western capitalist machine is built on the backs of individuals workers. But, if you feed enough people into the machine…you can overcome anomalies like Potter.

Historical perspective places It’s A Wonderful Life in an odd light. Releasing a movie about a middle aged man wishing for death during the Holidays had to hit people that were less than 18 months out from World War II hard. In fact, Jimmy Stewart had been one of the biggest Hollywood faces associated with the War effort. Capra also enlisted and produced a ton of the wartime footage that Americans saw in Movie Reels at the Cinema.

Capra as the Patriotic American and Ardent Catholic subconsciously creates something novel for 1946. Standing out differently from his earlier screwball comedies and social pictures, Capra made a movie about faith in a system that could crush any good man. But whether it’s Clarence or Capra, there’s always a voice in It’s A Wonderful Life telling people that they can make it through.

Seeing one of America’s most famous veterans in a Christmas film that hinges on a suicide attempt must have been hard. Especially when you consider that The Best Years of Our Lives was released a month before this film. Constant reminders of lives thrown into disarray for most of the last 17 years and then met by years of brutal warfare.

When Capra would later reflect on his work, he would frequently bring up why he kept casting Jimmy Stewart. It takes a special kind of actor to play a good guy that is unaware of his natural goodness. In a way, that makes the torture of George Bailey’s existence that much worse. Stewart plays him as a pawn that thanks the supernatural, authoritarian and narrative bodies that force him into a life of misery. Why? Because being dead sucks more.

In his own way, George Bailey is one of the quintessential American characters. Think about how many of those types were developed in a 18 year period. Whether it’s George Bailey, Tom Joad, Bigger Thomas or the other misfits of the Depression…these people could only exist in a short window of time. Yet their struggles remain true throughout the ages.

Out of all of them, Bailey got off the lightest. While he suffered throughout his life, the central struggle of It’s A Wonderful Life is about a family man having the worst day at work. Some people go all Office Space, while others march to a bridge to jump to their deaths. Capra chooses to send Clarence the Angel as a way to bring a glimmer of hope into the dimmest of situations.

This is usually when people start asking me to get to the point. Don’t worry, we’re almost there. The appeal of It’s A Wonderful Life hits audiences in a funny way. As time marches on, more and more people will move away from it. But, watch the people that gravitate towards It’s A Wonderful Life.

Whether it’s tradition or something else, there is a subtle pain that helps carry this movie onto fame through the years. The pain could be the vestigial sting of original sin or Depression era mentalities that haven’t completely washed out of generations removed viewers. Fans that buy into the Capra vision of It’s A Wonderful Life are unaware survivors.

Much as during the economic downturns of the Pandemic, financial shortfalls don’t hit everyone equally. Small businesses loses their livelihood, families get strained and communities contract and break. But, there’s people like George’s brother or Mr. Potter that escape the sting by being removed just enough.

One’s a good guy and the other is actively ruining other’s lives. But, they escape the sting of Depression and Post War living by being active in other facets. People like George Bailey are the kinds of characters that keep the lights and the ditches digged. Hard-working people sacrificing their dreams to pave a reality for life to keep moving forward. Capra thanks them by stating their constant need to feed the system.

Ultimately stating that the Individual means less than the Community. It’s not that Clarence the Angel shows George Bailey that life moves on without him. The alternate reality shown to George makes it clear that he is inconsequential cog in something bigger than he can ever home to understand.

Plus, it’s funny that his life-long worship token Mary is shown as merely just living alone into slightly older age. No disease or anything, Mary just gets by in a world without George. It’s A Wonderful Life is many things, but the Christmas trappings around the film seem cruel to me at times.

It’s A Wonderful Life has a reputation built on expectations that grow dimmer with each new generation. The film is always on TV and an older relative always remarks that it’s essential Christmas viewing. Yet the context and ton of It’s A Wonderful Life keeps getting buried deeper and deeper.

This is a hard movie to watch for some and it’s always going to be. But in spite of the dogmatic approach Capra takes the film, take in heart in something. It’s A Wonderful Life believes in the individual enough to say that it’s not about them, but about the community they make during their short time on Earth. 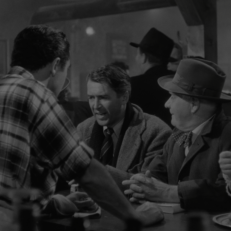 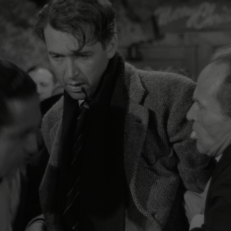 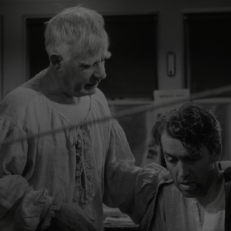 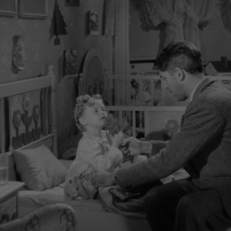 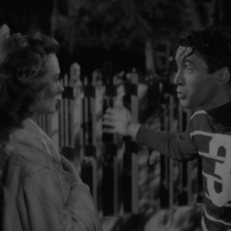 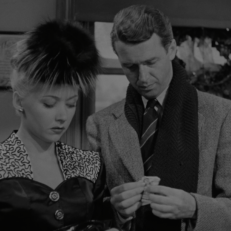 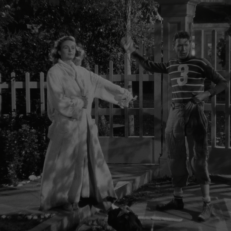 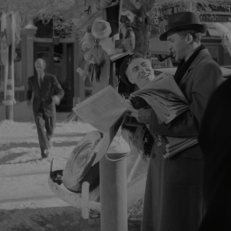