“RBG” had a weird release here. Louisville has a new art house theater built into the JB Speed Museum. It’s part of the University of Louisville’s engineering division, but they host a variety of events for the Arts and the Legal Eagles that flock together. So, when a popular documentary about a popular Supreme Court justice gets released…the Speed chose to turn every screening into an event with some of the biggest legal historians still living. Shows were sold out days in advance and I took my sweet time going to see it in an academic environment.

The documentary itself doesn’t really try to do much. A cursory knowledge of Justice Ginsburg provides a good sense of her as a person. She vies for political mortality. That meaning she looks past issues and sees how her decisions can help America become stronger and protect her citizens. Right now, we live in an era where people look past what’s best for all and what’s good enough for them. RBG stands in the face of that.

Yet again, we’re in an era where standing up for the little guy is not the popular standpoint. I’m not here to make a Saint out of RBG. History will dictate where her legacy falls years after she’s gone. But, I respect people who stand up to tyranny and the massive forces of popular vulgarity. When someone tells you something wrong and that you have to move, it’s your job to say NO, you move. It’s not that RBG is doing amazing work as a senior, it’s that we need more people like her. Not just in politics or the legal system, but everywhere in our society.

I can already hear the angry e-mails coming.

A look at the life and work of Justice Ruth Bader Ginsburg. 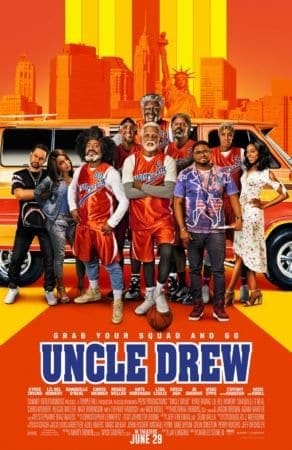