Paramount’s Sonic the Hedgehog was my first foray into the world of 4DX cinema and I am happy to report that I really enjoyed the experience. 4DX (developed by CJ 4DPlex) basically boils down to an auditorium fitted to allow the viewer to experience several practical effects, including motion seats, wind, strobe lights, simulated snow, and scents. My initial thought when hearing about it was “modern day William Castle gimmicks” like attaching small motors to the seats that would vibrate in The Tingler.

In reality, it is more akin to Star Tours and other motion rides where everything is calibrated to the action occurring on the screen. It sounds silly, but the result is a shared experience with the audience that left everyone walking out of the theater grinning and laughing.

Right off the bat, I should point out that the armrests are fixed and the seats are roughly the size of coach seating on an airliner. I am not a small guy and am cursed with voluptuous child-bearing hips, so the fit was pretty snug. It’s something to consider when planning an outing with that gamer friend who (like me) is just waiting for those Wall*E floating chairs to hit the market.

To everyone’s surprise, the 4DX effects started during the trailers. No preamble, so screen prompt. The trailer for Top Gun: Maverick begins and all of a sudden everything gets crazy. More than simply a chair that vibrates, groups of chairs are attached to a mechanism that allows them to actually move.

As Tom Cruise courts death to our viewing delight, his every course change in that jet is replicated by the chair. Jets of air on either side of your head fire whenever gunfire or explosions pop off. Everyone was laughing wildly throughout the trailers. The only effect that didn’t really come off as expected was “scent.” As a child behind me remarked “it smells like baby wipes.”

Anyone who has access to the internet knows about the kerfuffle with Sonic’s design last year. I shared several memes about it. I had no skin in the game, as I was always more of a Mario kid growing up. I enjoyed the two Sonic cartoon shows from 1993 (both voiced by Jaleel White) but never found myself caught up in the ongoing lore other than to try the games out for a bit before moving on to something else.

I bemoaned the fact that James Marsden appeared to be wasting his talents and then largely forgot about the film. Until something strange happened: the studio listened to the whining of fans far too old to be caring about such things and actually went back and revamped the design. As an artist who dabbles in 3D modeling from time to time, I appreciated the time and tremendous effort involved in making that kind of change. I began to champion the film on that basis alone.

The film was immensely enjoyable, due in large part to the writing of Patrick Casey and Josh Miller. It’s a throwback to films marketed to kids but featuring jokes aimed more at the parents being dragged along. There are a few pop culture jokes involving Amazon and the Fast & Furious SAGA, but they work well and are actually very funny. I can’t hate a film that references Jan de Bont’s seminal action classic Speed.

The story is fairly simple and straightforward, opting to leave all the ridiculous lore behind and keep the video game levels for bookends. Think I am being harsh about the lore? Look up cut scenes for Sonic ‘06 and try to figure out what is going on or why Shadow is sporting pistols.

The elements from the game are implemented well, especially the rings. No longer serving as collectibles and a pseudo life-bar, they are now portals that will take a person wherever they visualize. It’s a bit Jumper meets Thor: The Dark World and it leads to some fun action pieces.

Ben Schwartz is brilliantly cast as the titular hedgehog, keeping up the frenzied pace of dialogue while still managing to imbue a strong sense of loneliness and heart to the little blue guy. It’s not the phoned-in celebrity vocal performance that early Dreamworks animation was infamous for.

James Marsden is, as always, charming and wonderful. He has always been an actor forever on the fringes of Leading Man status. He was more heroic than the Man of Steel in Superman Returns, so it has always baffled me that he was never fully brought up to the big leagues. Will acting beside a CG creation finally be the ticket? Probably not, but a fool can certainly hope.

The actor getting the most press coverage for their performance is Jim Carrey, and rightfully so. His Dr. Robotnik is very reminiscent of Chip Douglas from The Cable Guy in regards to zany energy and intellectual snobbery.

A literal mustache-twirling villain, there is no effort to humanize him in any way. It’s a nice throwback when the new standard has been shades of gray. He’s just a jerk who believes himself to be the smartest person on the planet, and Carrey just goes all-in. Most of his scenes are either playing against Marsden or abusing his lackey. It’s a treat watching him do his thing again.

the final word on sonic the hedgehog in 4dx!

The action beats really lend themselves well to the 4DX treatment. Sonic ricocheting across the city dodging Robotnik is great as your seat matches the movement on the screen. It adds a real sense of participation to the film that far surpasses the depth of field trickery of 3D post processing. I would definitely seek out 4DX for tent-pole action films in the future and I hope it catches on in more markets. 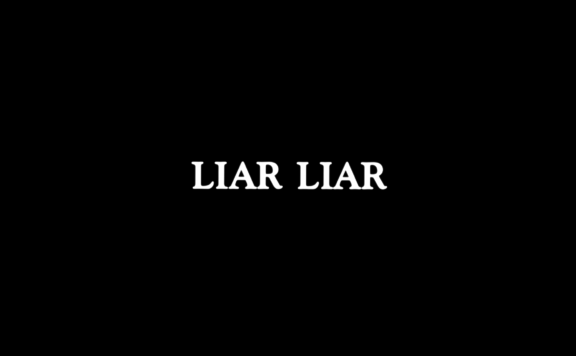