Libeled Lady got a single Oscar nomination for Best Picture back in 1936. That’s pretty ballsy of AMPAS to be like, it’s not worth anything else but we’re going to give it a shot at the top prize. While serving as one of the year’s highest grossing films, it’s just a romantic comedy about a hack newspaper editor slandering socialites. I don’t know why that was entertaining to Depression era viewers, but I suspect it was a passive aggressive form of class warfare.

This was one of the biggest star power movies of the 1930s. Screwball comedies were a dime a dozen, but none featured this much leading talent. Harlow and Powell were seemingly engaged at the time. But, Powell and Loy were the bigger leading team. Then, there was old sour puss Spencer Tracy right before the Hepburn partnership turned into cinema gold.

While Harlow was top-billed, she suffers from the weight carrying supporting actress mold. She has to earn most of the laughs, sell the romance and help get most of the characters together. William Powell is Powell at his most Powell, while Tracy is just there to give people static. Hell, outside of Walter Connolly and some extras…I don’t think anyone else really mattered.

MGM wanted Libeled Lady to continue the Myrna Loy/William Powell hit streak. But, they went about it in an odd way. Loy was a big star at this point, but Harlow blows her off the stage at every turn. Some people work better in certain setups, but it’s rare to see someone like Myrna Loy become such a non-factor. But, that’s just a testament to Jean Harlow.

This was also one of the three final films of Jean Harlow. The blonde starlet would be dead of kidney failure by 1937 while filming Saratoga. Yet, if you follow the known history of Harlow, this had to be the last film she made while healthy. Classic film talk suggests she got sepsis from a rushed wisdom tooth extraction in between shoots during 1937. Still, it’s a shame to lose such a talent so young.

Tracy feels like an afterthought when it comes to the male leads. Libeled Lady was never meant to be anything other than a romantic comedy. Using Tracy’s star power to have a half-baked villains makes sense. It’s just that Libeled Lady proves that we don’t know as a culture how to make a threatening male work in these kinds of films.

Warner Archive continues their 2020 streak with this loaded Blu-ray. Libeled Lady arrives with vintage shorts, cartoons and an audio-only promo. Plus, you get the movie’s trailer which you can see at the start of this review. The A/V Quality is impeccable for a nearly 75 year old movie. If you dig screwball comedies, I’d recommend picking this one up.

Fans can purchase Libeled Lady at www.wbshop.com/warnerarchive or online retailers where DVDs and Blu-rays® are sold

Varinka spotted something a line left over from the initial edit that I missed changing after finding out something new. I was under the impression that Harlow and Powell got married. The power duo never officially started the process towards marriage. They were together for two years and broke up around the time of Libeled Lady.

We appreciate readers like Varinka and their love of Golden Age cinema. I still want to kick myself for missing that tagged edit I forgot to remove, but that’s an ego stroke for you.

Keep watching the Golden Age of Cinema! AndersonVision loves talking about it with each and everyone of you wonderful readers.

Coming soon! The Curse of Frankenstein!

Bill Chandler (William Powell) is one of America's great anglers, a sport fisherman without peer, doom in waders to the wiliest trout. And that isn't the only fish story Chandler tells. Four of Hollywood's greatest stars - Powell, Jean Harlow, Myrna Loy and Spencer Tracy - reel in this whopper of a screwball romantic-comedy classic nominated for a Best Picture Oscar®. It all starts when society diva Loy slaps newsman Tracy with a libel suit. Tracy enlists fiance Harlow and down-on-his-luck Powell in a counter maneuver involving a rigged marriage, a phony seduction, a fabulously funny fishing scene, fisticuffs, broken promises and hearts, and eventually, true love for all. This Lady is one fine catch. 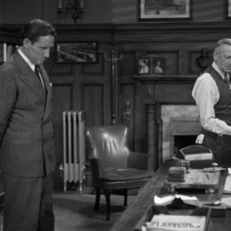 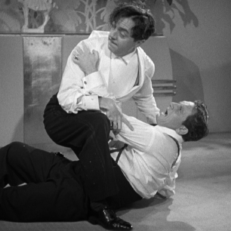 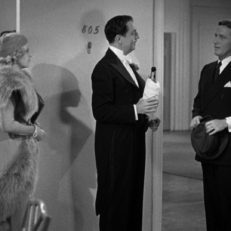 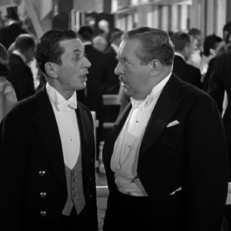 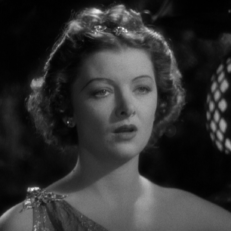 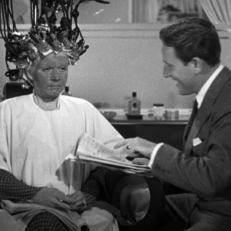 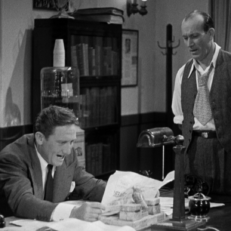 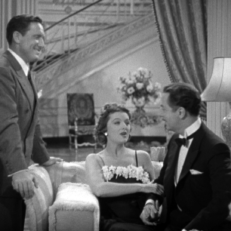