Summary
Aaron Eckhart, Tommy Lee Jones and Heather Graham star in the edge-of-your-seat thriller following Arthur Bretnik (Eckhart), a paranoid private investigator with a troubled past. After Bretnik is hired to investigate a suspicious death in the town of Wander, he becomes convinced the case is linked to the same ‘conspiracy cover up’ that caused the death of his daughter.
6.8
Fair
Video - 8
Audio - 7.7
Movie - 4.6

Wander is what happens when middle aged and elder actors try to get edgy. I’m not going to fault the effort, I just wish Wander was more entertaining. While many people don’t interact with conspiracy theorists on a daily basis, I deal with at least 6. They all have the things they follow and many have constructed criminal cases that would make Sherlock Holmes drop his pipe. But, they’re unreliable.

Aaron Eckhart is doing his best Fedsmoker here. I almost wish our favorite retired double agent was alive to see this. But, Fedsmoker like many a conspiracy theorist is trying to apply order to a chaotic life. What Wander does right is show the manic energy that comes with the theorist’s work. But, I don’t feel they get the muddy details right.

Heather Graham does her best as a supportive voice for Aaron Eckhart’s character. But, it doesn’t matter. Wander is a movie about using conspiracy theory to expose real plans against marginalized people. Plus, Tommy Lee Jones stars as a Alex Jones stand-in. Read that sentence carefully and make plans for a viewing off of that fact alone.

Tommy Lee Jones makes me wonder if he saw the script. While he gets the gist of the plot and his scenes, he tends to take his own direction throughout Wander. Normally that’s entertaining, but it quickly starts devolving into Anthony Quinn style yammerings ala Ghosts Can’t Do It. Tommy Lee Jones is still one of the great American actors, but times are tough.

Older actors doing B-movies is a tradition as old as the Post World War II era. What difference is there between Jones slumming and the Old Standard of Ray Milland doing whatever? Well, it’s obvious…those old stars in the 60s and 70s understood that this wasn’t High Art. I’m not quite sure what’s going through the heads of the Wander actors.

Heather Graham is the best among the supporting cast, but suffers because she’s not Eckhart. Wonder is Eckhart’s movie through and through, but everyone from Kathryn Winnick to Roger Dorman does their best in smaller roles. But, it seems like there is this big elephant in the room.

What I still don’t understand about Wander is the above statement that appears before the movie begins. At what point was this a movie about indigenous people and not about a lone wolf revenge case? Was it just because the location and the nature of the deaths? I’m not going to fault a noble effort, I’m just saying that it didn’t make sense in the grand scheme of things.

The Wander rant via Troy

Wander represents the beauty of the Saban Films output of the last few years. They’re releasing anything shot above a micro budget scale but lacking the big budget push of a studio film. Given how COVID has killed the Studio system, it’s kinda hard to say whether or not it is a plus.

When I go through the DVDs that hit my pile in January, my brain bounces back and forth. So much of this is the physical media representation of VOD titles that fought for attention at the end of 2020. Other titles were curiosities that came in the form of press releases. When choosing films to cover, I look for familiar things I dig.

I’ll watch anything Tommy Lee Jones does. Don’t believe me? I watched an Easter Seals presentation of Man of the House in a theater alone. I’m not a beneficiary of Easter Seals, but the prints were messed up at the local Cinemark and I toughed out the Descriptive Visual System to watch the Tommy Lee Jones comedy.

What’s funny is that I would have loved to have see a DVS presentation of this movie. Maybe a narrator could make sense of the Eckhart ramblings and why the explosive security system worked. Time passes and a second viewing doesn’t changed my opinion of Wander. It’s a mess of things that doesn’t quite know where it wants to go.

That’s not a bad thing, as bigger creative misfires go on to win Oscars. I just see the bones of really great ideas at play that don’t actually go anywhere. I feel that a short film of the story could’ve given the filmmakers a chance to work on the narrative before expanding it to a feature. However, people don’t have the time or money to go that route anymore.

So, the end result is one more movie in a crowded marketplace asking for attention to be given to an imperfect product. If that’s the only sin your movie commits, then you’re getting off better than most. Just don’t ask me to spend an afternoon with it.

The DVD comes with no special features.

Wander is available January 12th on DVD from Paramount

SULLY
September 19, 2016
Learn the Untold Story of Sully with Fandango! Tickets on sale now!
August 26, 2016
I, FRANKENSTEIN 3D
May 13, 2014
Hoosiers and Rudy writer Angelo Pizzo is making his directorial debut with MY ALL AMERICAN
September 16, 2015
LONDON HAS FALLEN begins production
November 12, 2014

Wander is what happens when middle aged and elder actors try to get edgy. I'm not going to fault the effort, I just wish Wander was more entertaining. While many people don't interact with conspiracy theorists on a daily basis, I deal with...
0
Average User Rating
0 votes
Have Your Say!
Your Rating: 0
Submit
Write A Review
Genre:Drama
Rating:R
Director:April Mullen
Studio:Paramount 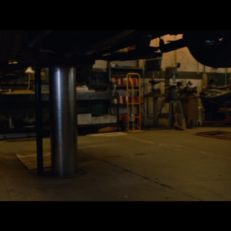 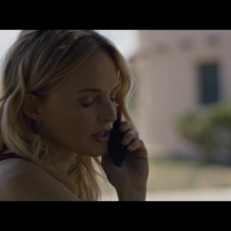 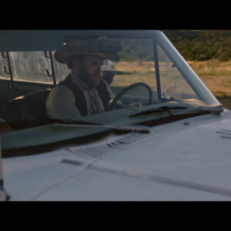 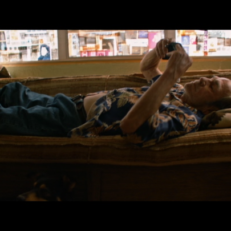 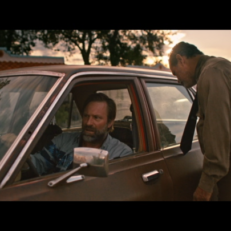 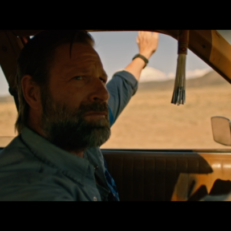 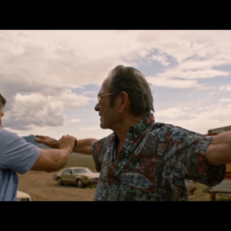 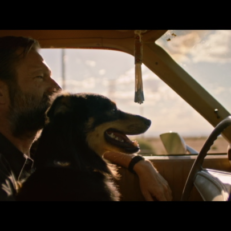