Jungleland brings us deep into the realistic world of bare-knuckle boxing. While that sounds stupid, it’s because it is. The days of boxing being this way out of a bum life went out with Elia Kazan naming names to HUAC. When a film comes out trying to turn boxing into code for super masculine storytelling, I go numb. But, that might be the Oxy kicking in.

Boxing movies have this hold on the American cinema. But, how many boxers do you know? Ask your friends if they know any boxers. You’re bound to find more teachers, cops, firefighters, dog groomers, etc before finding any boxers. Hell, I live in the home of the greatest boxer of all time. I haven’t met a boxer in 16 years.

But, I do know several amateur and professional wrestlers and luchadors. Jungleland exists as this New World Pictures style knockoff of movies like The Fighter. Even that movie got to have a sense of glamor about it. Nothing is nice in Jungleland and everybody exists as a bland archetype retread. I don’t know what to hang that on.

I still can’t shake how much this film feels like a Direct to Video take on The Fighter. We’ve seen this background, the fights and maybe a few locations. While I get that it’s appealing to make a film about people defying the odds and showing that they can do something more, I don’t feel that’s accomplished in Jungleland. Not every movie is going to be Rocky, but why does the film feel bleak from the end of the first reel?

Max Winkler directed Jungleland and I don’t see a bit of style about the film. That truly sucks after I enjoyed the living hell out of his film Flower. But, life is full of disappointments. I feel like I’m getting away from the point of the film, so let’s wheel back around. Two brothers are playing the odds in the bare-knuckle boxing circuit. After botching a fight, they have to take a girl on a trip to wipe clean a debt.

It’s all very familiar, yet it feels so weak when compared to other films. Jungleland runs at a brisk 90 minutes, but the road trip aspect make it feel longer.

What is it about boxing that makes for great cinema? Jungleland does have some great fight scenes, but everything suffers when they pull back from that. But, such is the double-edged sword of making boxing movies. You have to stage a narrative to take place between the fights. Otherwise, it becomes a Let’s Play.

Jungleland is an incredibly frustrating film to watch. Charlie Hunnam, Jack O’ Connell and Jessica Barden are all great actors. It’s just that it feels like they’re puffing up scenes with not a ton going on in them. Such things aren’t an uncommon occurrence in indie film. But, it makes movies hard for certain audiences to watch.

Paramount has been releasing some interesting indie movies during the Pandemic.

Jungleland’s biggest issue was that it was boring. That’s not that hard to pull off in a boxing movie. When you have such spectacle weighing down one portion of the movie, you spend the rest of the time waiting for the next fight. It could be showing you the most gripping drama, but you want to see two dudes smack each other around.

What’s funny is when I talked about Jungleland with fellow film fans, they never said anything about the plot. They said it was an interesting looking movie, but nobody would talk about story specifics. That happens a lot with road movies, but I can’t think of it ever happening with a boxing movie.

Boxing on film invites a degree of spectacle that the average person doesn’t get to see. Sure, it’s as staged and plot driven as wrestling, but it’s affordable and offers an entertaining experience that escapes most common people. But, what do you do with a story about the lower class getting beat down and forced to beat down other poor souls?

These are the kinds of movies that come out in release streaks, the last spawning the melodramatic Southpaw. But, I don’t think Jungleland is going to signal a return to the boxing movie. Much as in sports, I feel MMA and its surrounding drama has replaced the classic sport.

If you’re still a die-hard boxing fan, you will find something to dig about Jungleland. But, the majority of people are going to watch the film and move on. That’s not necessarily a bad thing, it’s just indicative of the content glut that smacks into us all at every turn.

The DVD comes with a Digital copy and not much else. Have fun, folks.

Jungleland arrives on DVD from Paramount on January 12th 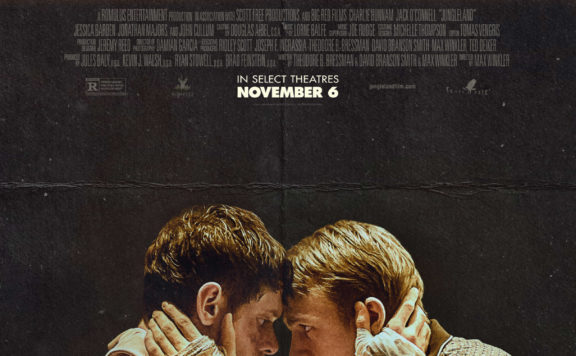 Jungleland brings us deep into the realistic world of bare-knuckle boxing. While that sounds stupid, it's because it is. The days of boxing being this way out of a bum life went out with Elia Kazan naming names to HUAC. When a film comes o...
0
Average User Rating
0 votes
Have Your Say!
Your Rating: 0
Submit
Write A Review
Genre:Boxing, Sports
Rating:R
Director:Max Winkler
Studio:Paramount 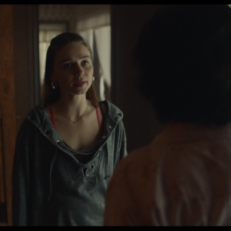 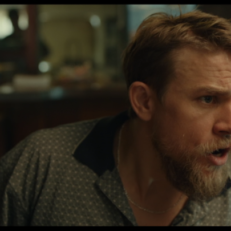 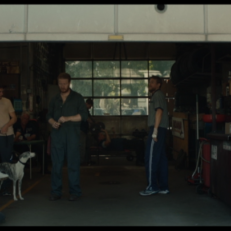 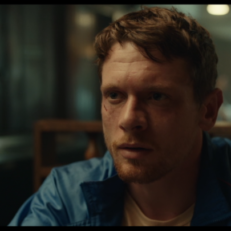 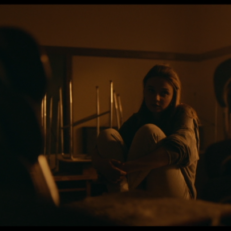 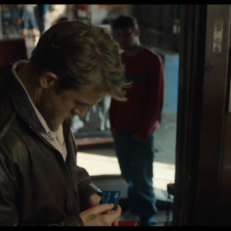 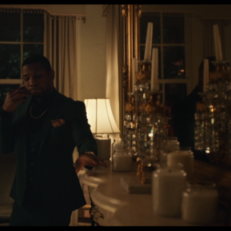 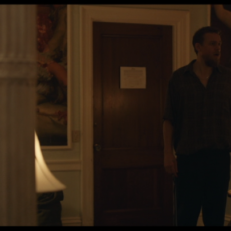