Song of the Thin Man puts a bow on The Thin Man series. But, what has come to play is an interesting look at a film series that exists outside of popular mainstream staples. Where the Marx Brothers, Kong, The Bowery Boys and others couldn’t reach, Nick and Nora reached that point. Original Thin Man director W.S. Van Dyke died from cancer during the middle of World War II and I think that’s really what derailed these movies. There was such a set tone that the last two films barely matched.

The Thin Man series comes to a conclusion with Song of the Thin Man. Nick and Nora are onboard the S.S. Fortune for a charity gambling event. When the bandleader drops dead, we’ve got the beginnings of a new mystery. The problem with the film is in everything that follows.

Being the first and last Thin Man movie to qualify as a box office bomb, the reasons for failure were many. But, the most pressing issues were the directing and writing changes that altered the overall style of the film. Song of the Thin Man pushes into darker territory, but with an ever pressing desire to wrap it all up with a common conclusion. The charm of the prior Thin Man movies was gone.

There is something comforting about William Powell in a nice suit snooping about the place. However, Powell constantly takes a back seat to Loy for most of the movie. Then, there’s the issue of the newer supporting cast he butts up against. Every possible murder suspect comes across as halfway between awful and uninteresting.

That’s not a great mix for a murder mystery. If everyone seems like they could be a victim or perpetrator, then you’re not really in the middle of a mystery. You’re just a supporting character in a line-up of trashy butt people. So much of the central mystery being solved feels almost like parody. But, at what point does a mystery series start to become a parody of itself?

I always wondered why no one made a Thin Man movie about Nick and Nora managing to stumble onto dead bodies so often. When you look at how often someone brings them into a murder scene or they involve themselves, it’s beyond coincidence. But, even that couldn’t save Song of the Thin Man. It would have been the wrong era to tell that kind of story without it becoming something else.

How the 1930s and 1940s told crime stories changed dramatically from the start of the Great Depression to the Post World War II era. The popularity of the Thin Man series was destined to die as America aged and changed. Gone was the demand for the average people solving crimes that went far beyond the reach of the local police. You know how audiences either demanding real looks at criminals or bigger than life heroes.

By 1947, the mystery antics of The Thin Man had worn thin. Song of the Thin Man paid the price, as it had to climb back from a lesser installment while also feeling its way through how it was going to survive a changed era. After Song of the Thin Man bombed, things kinda solved themselves. It’s just that I wonder if it had to end this way.

Song of the Thin Man wasn’t really meant to be the conclusion of the film series. Hell, it felt like they just would have kept making new Nick and Nora adventures every few years. It would have made sense on MGM’s part to try and find a way to navigate these stories to the burgeoning Television format. But, I say that from the comfort of 2022, rather than the hectic entertainment days of 1947.

Warner Archive brings Song of the Thin Man to Blu-ray with a ton of special features. You get a featurette, classic cartoon and a trailer. The A/V Quality is on par with the other Thin Man releases from Warner Archive. The 1080p transfer and DTS-HD 2.0 mono track really pops. I’d recommend giving it a shot to complete your Thin Man collection.

Song of the Thin Man puts a bow on The Thin Man series. But, what has come to play is an interesting look at a film series that exists outside of popular mainstream staples. Where the Marx Brothers, Kong, The Bowery Boys and others couldn'...
0
Average User Rating
0 votes
Have Your Say!
Your Rating: 0
Submit
Write A Review
Genre:Comedy, Mystery
Rating:Not Rated
Director:Edward Buzzell
Studio:MGM 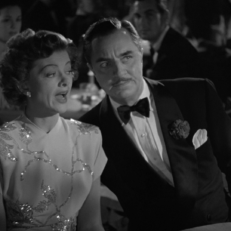 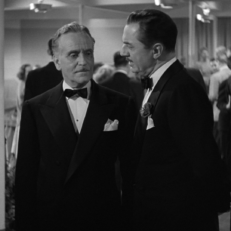 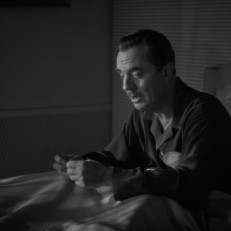 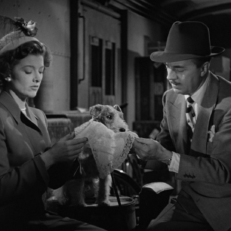 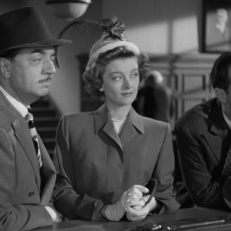