Summary
Two tabloid reporters checking out a report of the Archangel Michael living with an old woman find that it's true. But that's not the only surprise.
Good
Bad
7.6
Good
Video - 8.5
Audio - 7.8
Movie - 6.4

Michael arrived in theaters on Christmas Day 1996. People looked at angels differently for two hours and then went back to drinking Zima or some shit. What was there to say? John Travolta was still riding high from his Pulp Fiction comeback and Nora Ephron printed romantic comedy money in the 1990s. Warner Brothers surely had a hit.

They did…it was just short-lived.

Michael was dated within 2 weeks of release.

So, why didn’t Michael connect with audiences? The John Travolta comeback train was still riding high. Pulp Fiction won over the arthouse crowd, then he followed that up with three crowd pleasers and White Man’s Burden. Speaking as one of the few people who saw White Man’s Burden during its brief theatrical run, that movie is begging for YouTube to rediscover it.

But, let’s look at that 18 month window of Travolta goodness from Get Shorty to Broken Arrow and Phenomenon. I don’t care who you are, but crime comedies and John Woo movies were the mid 90s. Then, came that fantasy tinged drama element of Phenomenon and Michael. While Michael did well, it seems that the summer hit of Phenomenon took the wind out of its sails.

Nora Ephron is a creator that I’ve always had trouble understanding their process. Growing up as the kid of a Golden Age Hollywood screenwriting team, it seemed natural that Ephron would follow in their footsteps. When you look at Ephron’s body of work, she did amazingly well in the romantic comedy. There is a certain element of film fans that would like to besmirch this achievement, but it’s not fair.

In 2020, all film fans should know that we live in an era defined by genre entertainment. Whether it’s a comic book movie, animated fare or a romantic comedy…they’re all achieving the same thing. Blending crowd pleasing theatrics with substantive story telling when working at their peak. It’s just what happens when they misfire?

The mid 90s romantic comedy is an odd thing. Feeling the desire to be edgy alongside the indie movie boom, but also wanting to use that studio money to be bigger…this age is defined by its contrast. So, why not make a movie for a Christmas release about foul-mouthed angels? Well, the degree of foul is about what you would see on basic cable. But, it’s enough to get Grandma’s feathers ruffled.

But, that level of spectacle is meant to serve as a backdrop for the sweet romance at the heart of Michael. Andie MacDowell and William Hurt need to learn to love again. After agreeing to an assignment bestowed upon them by their editor, it’s a road trip and a half as these two former lovebirds meet the divine. Writing that made my nose bleed.

John Travolta remains one of the most fascinating leading men of the last 40 years. Sure, his move to feature film stardom is quite familiar. However, it’s unusual to see a major movie actor gets so many second chances to stage a comeback. He bombs out after making some great movies in the 80s, then talking baby movies and Pulp Fiction brings him back.

Then, he stars in a few turds in the 00s then comes back with Hairspray. A few more foreign funded bombs followed and now he’s making The Fanatic. Having spent the summer with Travolta films such as Urban Cowboy, it’s not right to call him an uneven actor. But, he’s very much an actor that comes into projects right at the end of their viability.

Saturday Night Fever exploded right as Disco was peaking. Within 2 years of Fever going wide, America would be having public events destroying disco records. So, he goes the other way and makes character driven dramas with directors such as Bridges and DePalma. But, the Reagan era of blockbusters was killing off director-driven dramas at the multiplex.

Given that so much of our newer audience doesn’t remember the 90s, let me frame it this way. 1996 was the last gasp of a certain kind of American cinema. That era of big studio releases such as Jerry Maguire and Evita were given away the Miramax Domination Era. Sure, the English Patient won big that year, but it was that transition film from getting attention in the early 90s to owning Hollywood in the late 90s/early 00s.

Hell, if Michael was released today…I’d have a hard time seeing it get a theatrical release. Given that the theatrical realm doesn’t mean a damn thing anymore, that might not be the worst thing. What it means is that audiences assign certain values to theatrical experiences. In a scant few months after Michael released, audiences were begin the feast or famine mentality that dominates today.

It’s not enough to have a mid-size film with a dedicated audience. You either have to be the spectacle or the smaller appealing niche fare. The more I study film history, the more this Sith Rule of Two seems to have its origins dug in deep in this tiny sliver of time. Given the rising cost of the theatrical experience and casual audiences having to identify proper use of their free time, it was just a weird crossroads.

Internet saturation at home was just beginning at right this time. Viacom and other media outlets were launching more interest specific cable channels at this time. That’s not to forget that Michael came out 3 months before DVD hit American stores. While the movie is pretty forgettable, it becomes this retro oddity of a time when any kind of film had a decent shot at box office success.

Warner Brothers brings the Michael Blu-ray to your contact-less delivery patented doorstep. You don’t get any special features, but I’d be shocked if they could find anything. What matters most is that the A/V Quality gives you the closest replication of the theatrical experience. Kudos to Warner Archive for trying to recreate the mid 90s theatrical experience at home. Well, minus the following pre-show ad.

Fans can purchase Michael at www.wbshop.com/warnerarchive or online retailers where DVDs and Blu-rays® are sold

Two tabloid reporters checking out a report of the Archangel Michael living with an old woman find that it's true. But that's not the only surprise. 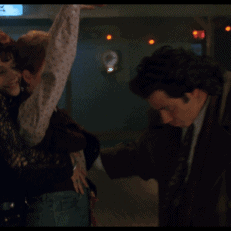 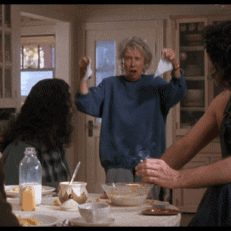 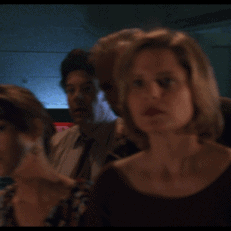 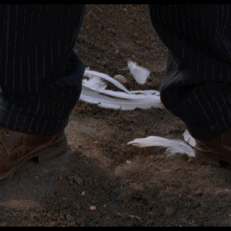 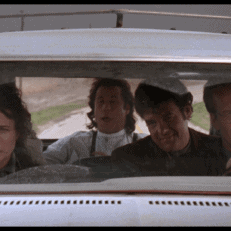 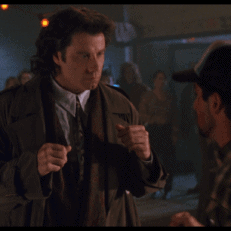