Summary
Mark of the Vampire features the return of Tod Browning and Bela Lugosi to the Vampire Mythos. Warner Archive brings it to Blu-ray and AndersonVision brings the review to you.
8.2
Great
Video - 8.2
Audio - 8
Movie - 7.7
Special Features - 8.9

Mark of the Vampire represents an early effort to expand vampires past Dracula (1931).

What is Mark of the Vampire?

Mark of the Vampire was the first bigger talkie film to treat vampires as something more than stage play adaptations. This film features the death of an aristocrat seemingly having died by vampire bite. It’s funny to think that 4 years after birthing the modern vampire into American cinema, the Western world was already over it. Some modern viewers think the passive disruption of horror began with Scream, but we know better.

Lionel Barrymore doesn’t make for the convincing heavy as Professor Zelen. He feels hammy, which is true for the character. But, it’s not in an earnest way. At times, I kept expecting to call his helper ‘Gizmo‘ and make reference to Steely Dan. That being said, I did enjoy how he played off Lugosi. It’s a great mix, but that’s not why Mark of the Vampire matters.

Vampires in film are such an in-depth subject that we can be talking about it from now until next Halloween. Like I brought up before, it’s amazing how quickly vampires went from cinematic threat to plot device. While many bring up the film being a remake of London After Midnight, they’re missing something in the hand-off.

We’re really going to keep talking about London After Midnight?

For older film nerds, you might know that Mark of the Vampire is considered to be the talkie remake of London After Midnight. But, for those of us under the age of 80, we’re just going to take your word on it. Getting back on point, London After Midnight was quite similar in how vampires were used as a plot device to obscure a murder.

That being said, the vampires shown in London After Midnight lacked the cinematic language taught to the world by Browning’s later work on Dracula in film and stage form. Lon Chaney looked rather goofy in his bat wing cape and beaver hat. In fact, he felt more like a Silver Age comic book villain prancing about than actual murderous threat.

But if London After Midnight did it first? What’s the big deal with Mark of the Vampire?

Well, Mark of the Vampire isn’t a lost film…is it? The difference between the two films that did something quite similar is the nature of film grammar. That being the language film and our shared cinematic culture teaches us in our approach to the material. Scholastic horror fans can easily recall images of Lon Chaney as The Man in the Beaver Hat from London After Midnight, but try it on casual horror fans.

Hell, there are teenagers who can spot Bela Lugosi a mile away in 2022. Throwing Chaney at them is daring guffaws from the peanut gallery. What it says is that daring to fight convention doesn’t matter in an unseen void. To delightfully mock the horror character you define requires a shared visual milestone with the audience. Lugosi mocking is delightful, Chaney mocking is a Trivial Pursuit question at best.

Warner Archive brings Mark of the Vampire to Blu-ray with its 60 minute cut that most people have seen. If you follow film history, you’ll know that Mark of the Vampire was around 80 minutes at one point before cuts. That being said, we’ll probably never see those deleted scenes. I’m not sure it’s that bad of a deal.

The A/V Quality is pretty solid with a cleaned-up 1080p transfer that remains true to 1935. The same goes for the DTS-HD 2.0 mono audio track. What impressed me was the killer commentary track, classic cartoon and trailer. 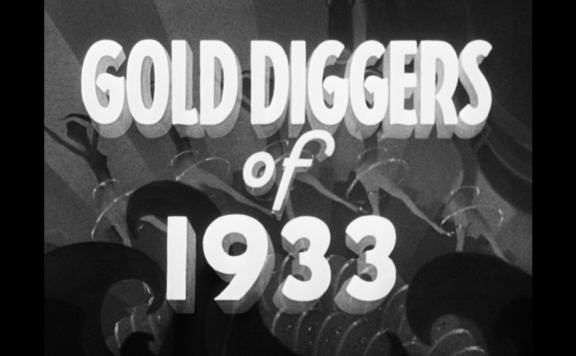 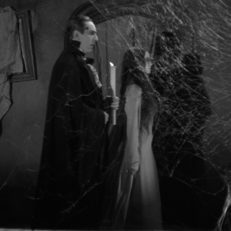 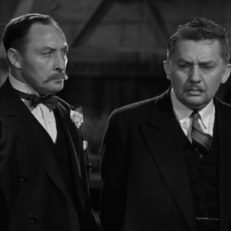 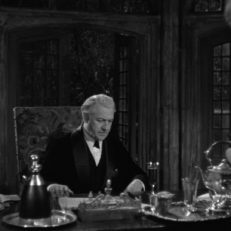 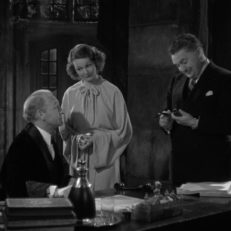 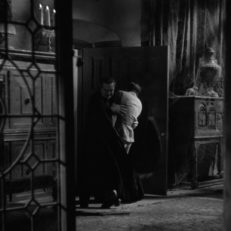 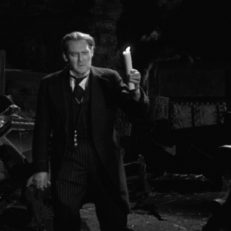 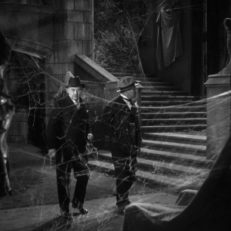 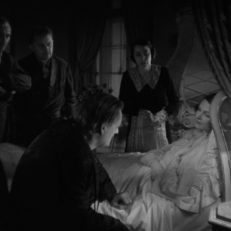