Summary
The Sarah Rose American Teen Princess Pageant is a beauty contest to die for! And that's exactly what the contestants in Mount Rose, Minnesota, are doing. Ever since the vivacious-but-vicious former beauty queen Gladys Leeman (Kirstie Alley, TV's Cheers) started pushing her charm-challenged daughter, Rebecca (Denise Richards, The World Is Not Enough), to win at all costs, the competition has been dropping like flies. Between exploding tractors and deadly hunting accidents, it's a wonder the top challenger, poor Amber (Kirsten Dunst, Spider-Man), has the courage to keep her tap shoes on.
Good
Bad
8.3
Great
Video - 8.1
Audio - 8
Movie - 8.7

Drop Dead Gorgeous is the greatest movie about beauty pageants that the 90s could produce. There a lot of caveats in that statement, but let’s examine it. In a time of great prosperity and steady competition from indie cinema, New Line aimed to go dark.

There are so many cute girls in this film for a 90s film fan to fawn over. Brittany Murphy, early Amy Adams, Kirsten Dunst and Denise Richards were easy on the eyes. But, what was so cool is that you bought them as being age appropriate. Looking back at the film 21 years later, it’s weird to readdress how you approach these characters.

What was hot becomes cute. Subtle script changes become more noticeable, as you become less engaged in the teen drama. Hell, the sequence with the anorexic girl being moved around the stage to Don’t Cry Out Loud is gold. But, that’s the problem with a dark comedy that slips its jabs in a dainty way of sorts. The audience doesn’t know what to expect.

The original script entitled Dairy Queens was supposed to be much darker than the final film. But, I never got a chance to read it. Although, I can’t imagine it hitting the perfect balance of teen movie and dark comedy like what we got. There is an earnest charm to Drop Dead Gorgeous that you rarely get to see anymore. Can you be mean and perky? Drop Dead Gorgeous seems to say yes.

That being said, this is Kirsten Dunst’s movie. It’s a smart teen vehicle in the guise of a mockumentary about how a vapid small town got taken for a ride by a dubious cosmetic company. Amber (the best Mary Jane Watson to ever grace the screen) is the kind of heroine that corporate decisions think they are creating in 2019/2020.

What makes the legacy of Drop Dead Gorgeous so strong was it gave teenage girls their mean comedy. 10 Things I Hate About You and She’s All That dropped around the same time and it was more of the same cutesy shit. Having grown up in the era when the film debuted, it was amazing seeing the ladies that got it and the ones that ignored it.

In a way, watching the girls of 1999 find their dark comedy made me think about what I find funny. My personal humor lies somewhere between extreme cringe, edgelord and whatever you can call Jackass. But, I find myself loving Drop Dead Gorgeous more and more as I revisit the film.

Was it made for my demographic? No. Were there better mockumentaries that released around that time? Yes. But, none had this cast working their ass off at literally every turn. Allison Janney actually has a cult following from this movie and she’s maybe the 6th lead if that. Everyone gets a shot at camera time and not a single actress dropped the ball.

If you’re of a certain age and slept on this one back in 1999, watch it again. For the younger viewers, pick this one up and look smarter than your friends. Given that everyone under the age of 25 can’t remember things from 2017, they’ll crown you Indiana Jones for uncovering this artifact.

Drop Dead Gorgeous is also the last movie before Kirstie Alley lost her way. Still riding high off that Veronica’s Closet success, Alley still looked the actress that made us believe in Saavik. Now, well…just go to Twitter to see what she’s been up to recently. Ellen Barkin still owns because she’s been a badass since Diner and continues to shine on Animal Kingdom.

The Warner Archive Blu-ray for Drop Dead Gorgeous is appropriate for a film of its age. While you don’t get any special features, you do get the best A/V Quality ever seen for the film outside of theatrical exhibition. You get a clean 1080p transfer and a rather robust DTS-HD 5.1 master audio track. Lots of fun music cues and Amber’s mom’s home burning to the ground really played well. I’d recommend a purchase.

Beyond the disc, I recommend a purchase because this is an entry point film for a lot of future film fans. Not everyone you meet is going to like this. But, you can drop this movie in the right person’s lap and it’s going to start their long dive into being a comedy nerd.

Fans can purchase DROP DEAD GORGEOUS at www.wbshop.com/warnerarchive or online retailers where DVDs and Blu-rays® are sold

The Sarah Rose American Teen Princess Pageant is a beauty contest to die for! And that's exactly what the contestants in Mount Rose, Minnesota, are doing. Ever since the vivacious-but-vicious former beauty queen Gladys Leeman (Kirstie Alley, TV's Cheers) started pushing her charm-challenged daughter, Rebecca (Denise Richards, The World Is Not Enough), to win at all costs, the competition has been dropping like flies. Between exploding tractors and deadly hunting accidents, it's a wonder the top challenger, poor Amber (Kirsten Dunst, Spider-Man), has the courage to keep her tap shoes on. 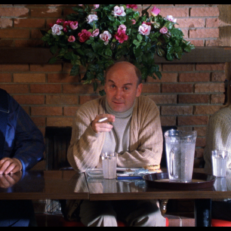 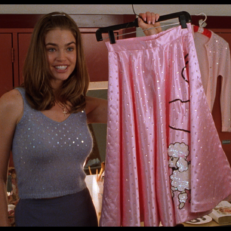 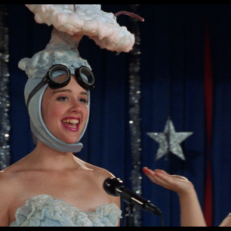 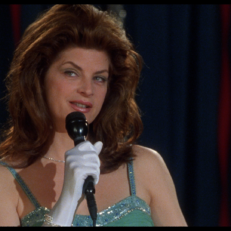 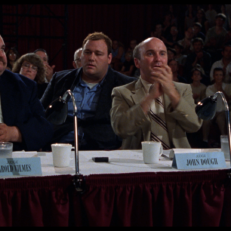 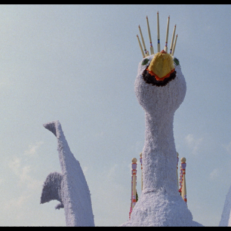 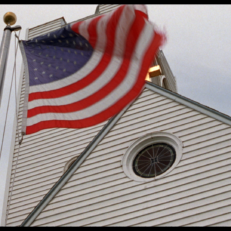 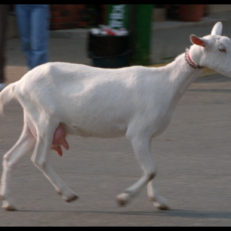