Sergeant York is the greatest myth about a redneck sniper. World War I has gone out of the mainstream landscape outside of 1917. But, the impact of this film on stars ranging from Gary Cooper to Clint Eastwood remains. So much of what the current generations experience as the war movie narrative begins here. But, the real Alvin York would get upset and vomit when people asked him how many Germans he killed. So, why Sergeant York?

The film was released near the start of America entering World War II. Hollywood had been trying to make a film about York’s life since 1919. Sergeant York had many conditions for selling his life story. The lead actress couldn’t be a cigarette smoker, his life had to be presented accurately and the studio would have to fund a Bible school in his hometown.

Gary Cooper was hesitant to play Sergeant York. Cooper was York’s choice, but by the early 40s, he was seen as being too old to play a soldier. After meeting with York, Cooper agreed and ending up winning his sole Oscar. Howard Hawks finally got nominated for Best Director too. But, why is it that so many audiences don’t know a thing about the biggest movie of 1941?

World War I doesn’t capture imaginations in the way that World War II achieves. I think a lot of that has to do with the Spielberg/Call of Duty revival and Western culture’s general detachment from The Great War. The cultural response to WWI was built along the lines of it happened and let’s move on. The people of the time thought it was over and things were going to get better.

Couple that with the Jazz Age and Great Depression taking up most of the time. The common person and the media didn’t have the time to drain on about the nostalgic greatness of World War I. After the Greatest Generation took over, then the Baby Boom happened…no one seemed to remember World War I.

The legacy of Sergeant York lives in films such as Inglorious Basterds. As the Nazis understood the power of cinema, Goebbels had crafted a film to serve as the Nazi equivalent of Sergeant York. Frederick Zoller as played by Daniel Bruhl culturally jammed the image that Americans were selling to the world.

Given the nature of the fake film in Inglorious Basterds, its immediate response must have been dramatic. But, it underscores the difference between World War I and World War II tales. World War II was the first interconnected International War. Media, economic crisis and the desperate need to recruit framed the War as this insurmountable need.

War on film plays different to all audiences. When the film was shooting, the production caught flack for making such a Pro War movie. Less than 8 weeks after release, Pearl Harbor would change that sentiment. It was widely reported that young men would go see Sergeant York and then head to their local recruitment office as soon as the film ended.

Howard Hawks had crafted probably the finest filmed piece of propaganda that Uncle Sam could need. It wasn’t enough to make a war movie, but Sergeant York solidified a war legend. York as the everyman that the Army could train to survive by sheer skill. No matter who you were, you could survive in the Army and defend American values.

As all things go, Sergeant York would eventually pass on. Being a fan of 20th Century Americana, I have visited the historical landmark in the video above. Resting right on the Kentucky/Tennessee central border, it’s a fun slice of history tucked into the middle of nowhere. Outside of the cars, plumbing and electric work, not much has changed since York left for War all those years ago.

Much like World War I itself, York’s home and the hoopla surrounding how he was given it by the state of Tennessee fell by the wayside. Times passed, new interests reigned and a backwoods sniper wasn’t front page news. In 2020, I wonder how much of what was shown onscreen was myth vs. reality? Well, I’m not sure if we’ll ever know at this point.

Warner Archive brings Sergeant York to Blu-ray with a ton of special features from the two-disc Special Edition DVD. I love the inclusion of the vintage Porky Pig cartoon and the short film. For films of this age, anything that can be done to recreate the original exhibition is ideal to me. Plus, the A/V Quality stands among the best of the 2020 Warner Archive releases.

Check out the screenshots to get an idea of that pitch perfect transfer. Plus, the DTS-HD 2.0 master audio mono track keeps things in perfect historic precision. If you dig World War I and Gary Cooper like I do, then pick up Sergeant York.

Fans can purchase Sergeant York at www.wbshop.com/warnerarchive or online retailers where DVDs and Blu-rays® are sold

Torn between religious pacifism and patriotism, Alvin York of Tennessee went on to become World War I's most acclaimed hero. As the simple backwoods farm boy who captured 132 German soldiers during the Battle of Argonne, Gary Cooper (handpicked by York) also won acclaim - and his first Best Actor Academy Award®. Released in 1941 when the United States was on the brink of another war, this stirring adventure inspired thousands of enlisting men. Nominated for a total of 11 Oscars® including Best Picture, a winner for Best Film Editing and movingly directed by Howard Hawks, it tells of a religious man's moral crisis, heroics and subsequent return to the rural life he loved while refusing to capitalize on the adulation heaped upon him. An ode to patriotism and the human spirit, Sergeant York endures as one of Hollywood's finest hours. 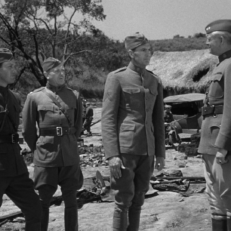 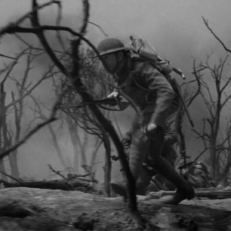 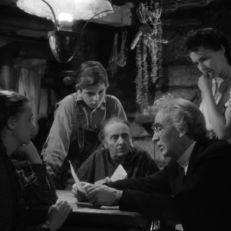 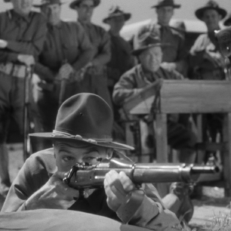 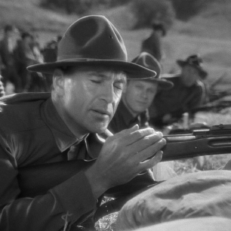 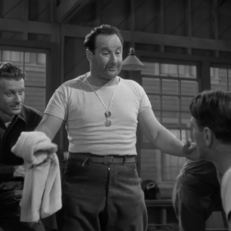 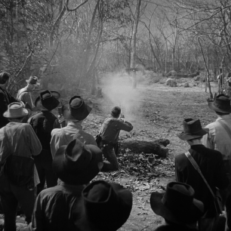 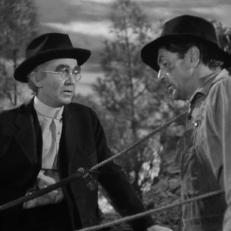