Barb and Star Go to Vista Del Mar was supposed to have arrived in 2020, but got sent to save 2021. I never realized I missed seeing goofy PG-13 movies, but damn this is amazing. You get a quality brief role from Reba McEntire and excellent music choices. What else could you want? Well, a point.

Kristen Wiig anchors Barb and Star alongside her writing partner Annie Mumolo. While they play well off each other, they work better as writing partners. Why’s that? Well, it’s fun to embrace a bizarre Nebraska and Florida setting. But, the material feels anchored more to a comedy sketch than a feature length narrative.

The dual roles for Wiig coupled with the Bond spoof villain plot creates the kind of odd comedy that I would have loved as a kid. I would watch my double length VHS tape of Leonard Part 6 and Ghost Dad, then take a nap. But, I was a kid then. When you watch movies like Barb and Star as an adult, you want narratives to ultimately have a point. So, what do you do with a B-movie older gal pal vacation movie?

PG-13 comedies fell quaint in the modern era, but they invite room for goofiness. Too often, modern comedy is constant line-a-rama or too cool for school theatrics. When you get a movie like Barb and Star that indulges in its cartoonish weirdness, you can’t help but be charmed. I mean, there are people who will hate it. But, they don’t count.

What made Barb and Star so appealing to me was it felt like a throwback movie. But, not in the obnoxious sense where we get vintage production logos, digitally created noise and indulgent set design. It’s a movie about the awkward and mundane having to find their way through a fantasy land. Hell, the film’s final set piece is based on Reba McEntire having water elemental powers.

Arriving in limited release during the Pandemic will ultimately put a damper on the audience for a movie like Barb and Star. I honestly expect most of its target audience to start crowing about the movie in a few more weeks when it starts appearing on more streaming options. It’s kinda funny how general audiences have declared their preferred methods of viewing movies, but studios keep trying to manhandle that pattern to suit them.

The Blu-ray comes with a commentary and featurettes. You also get bloopers and deleted scenes. It’s pretty awesome, but things like the fashion show didn’t add much to the film. Oh well, I’d still recommend checking Barb and Star at least once.

Barb and Star Go to Vista Del Mar is now available on Blu-ray!

Barb and Star Go to Vista Del Mar was supposed to have arrived in 2020, but got sent to save 2021. I never realized I missed seeing goofy PG-13 movies, but damn this is amazing. You get a quality brief role from Reba McEntire and excellent...
0
Average User Rating
0 votes
Have Your Say!
Your Rating: 0
Submit
Write A Review
Genre:Comedy
Rating:PG-13
Director:Josh Greenbaum
Studio:LionsGate 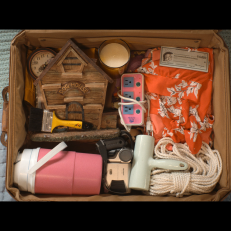 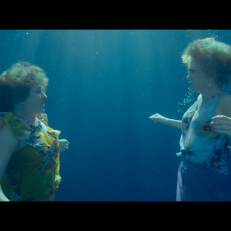 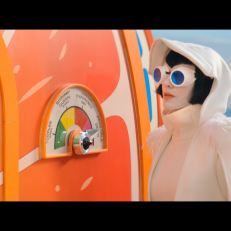 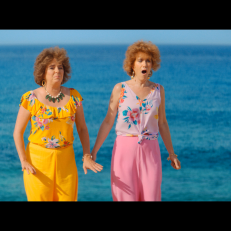 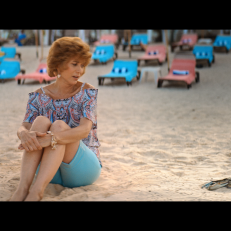 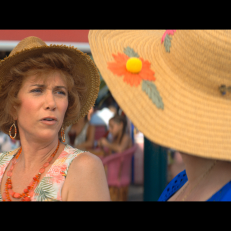 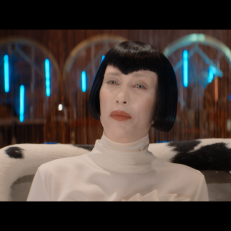 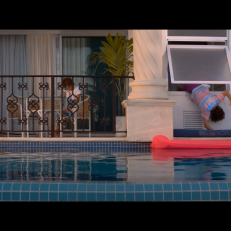