A Regular Woman arrives from Corinth Films on October 13th

A Regular Woman is a film about an honor killing that shocked Germany. The lady in question left Turkey while pregnant to escape an arranged marriage. After feeling dishonored, her younger brother chases her to Germany to kill her. While it’s been 15 years since the events of the story happened, this dramatization makes the crime feel so immediate. It’s one of the biggest surprises of October.

Carmilla is the latest adaptation of the popular French Gothic Vampire novella. Mixing young love and European eroticism creates a vampire tale of the times. The lesbian themes are strong as with all versions of Carmilla. However, it’s not as graphic as the past adaptations that I enjoyed. The special features are a featurette and bonus short film.

Sword of God arrives from Film Movement on October 20th

Sword of God is another foreign film about the Middle Ages. It’s a visually stunning movie. But, it’s a Polish film about why violence is terrible. The idea of sending two armed religious fighters to a Pagan village is neat. I just don’t totally buy the response on film. A commentary could have helped out a ton.

The Vanished is a movie from Peter Facinelli. If you ever wanted to see what the guy from Can’t Hardly Wait could make, this is it. Honestly, it has an enjoyable cast and works as an edgy thriller for adults. Has the film been done before? Sure. But, I appreciate Saban Films trying to release movies like this during this unprecedented time.

The Soul of the Midnight Special from Time Life wraps up our October 13th and 20th coverage.

The Soul of the Midnight Special is another one of those killer 5 disc collections from Time Life. What strikes me odd is how many of these clips are already all over YouTube. How many times have you viewed Redbone’s Come and Get Your Love taken from their Midnight Special performance?

I dig seeing all the Soul singers from the 1970s on here. But, there comes a time when you wonder who they’re making these compilations for in 2020. I get it that some classic Soul fans aren’t into streaming, but it seems like this is more of a battle over the quality we can get of the original shows. Given that these shows were originally broadcast on NBC on rough material, the upgrading might be hard.

The bonus interviews are the only special features. 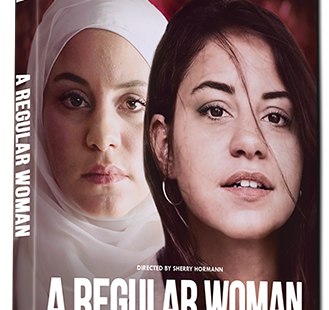 A Regular Woman arrives from Corinth Films on October 13th https://youtu.be/725vRifpuQg A Regular Woman is a film about an honor killing that shocked Germany. The lady in question left Turkey while pregnant to escape an arranged ma...
0
Average User Rating
0 votes
Have Your Say!
Your Rating: 0
Submit
Write A Review