The Evil Dead is a modern classic. I don’t mean in the sense that the AFI is finally going to recognize it. I mean that the Sam Raimi debut caused American horror to turn on its ear. Arriving right at the start of the slasher movement, this film was a look back at a similar time. An era when goofy kids could take mini vacations and wind up as a demonic banquet. Trees would commit Kavanaugh-like acts and a hero would be born of the second male lead.

Sam Raimi achieves something with his horror masterpiece that few directors ever get to see. He redefined a focal point of the genre. Spooky houses in remote locations had been done to death by the time Evil Dead hit theaters. However, this film went that extra step. Coming off the success of the ultra-horror underground films of the 1970s, Raimi wanted to make his horrific gore more personal. He would show pencils being stabbed into ankles. The camera would hold and linger on the entry wounds.

Sure, this bit of detail would hit cartoonish levels of violence later in the series. However, I appreciate what this meant. At the time, the only gorehound pushing the envelope was Tom Savini. You’d have a shower kill in The Prowler or an arrow through Kevin Bacon’s neck. Outside of that, the horror cinema only got to see traditional attacks. This push for no-rules gore and attacks worked because Raimi was an amateur that didn’t know any better.

If you make something that isn’t expected to blow up, the result is a work that feels far more natural. The audience buys Ash becoming a hero and having to eliminate his friends and sister. If you’re a fresh face to the Evil Dead series, you have no idea that Ash might even survive this film. I miss that uncertainty in horror movies. In regards to the film, Lionsgate has done this right. As opposed to the lackluster Halloween 4K, this film pops in next-gen clarity.

The original print seems to have been restored, as natural grit and flair appears naturally in 4K. Plus, the film is being shown in its correct 1.33:1 with proper framing mounted throughout the 4K presentation. Who would have thought that Evil Dead could get a reference quality 4K disc? Amazing work! Ash vs. Evil Dead gets a complete collection in time for Halloween
October 15, 2018 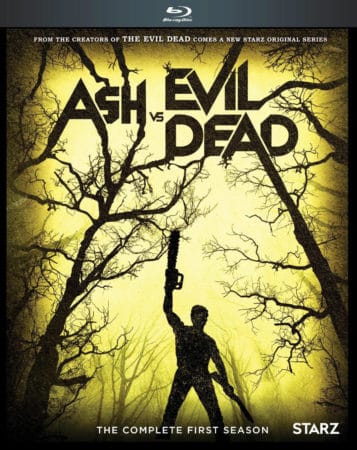 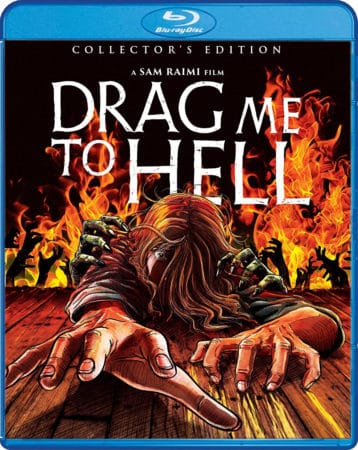 The Evil Dead is a modern classic. I don't mean in the sense that the AFI is finally going to recognize it. I mean that the Sam Raimi debut caused American horror to turn on its ear. Arriving right at the start of the slasher movement, this...
0
Average User Rating
0 votes
Have Your Say!
Your Rating: 0
Submit
Write A Review
Genre:Horror
Director:Sam Raimi