30 Rock continues that long line of NBC comedies that got better after their first season. Sure, Season 1 had fun moments with Isabella Rossellini and Paul Reubens, but it pales to the rest of the series. The last season even played better, even though it was getting way too bogged down in lingering storylines.

Saturday Night Live casts this huge shadow over American comedy. Which is weird when you consider that the show was created by a slightly buzzed Conservative Canadian that spent the prior year stealing the best away from the National Lampoon magazine. But, time changes people and things.

Tina Fey is the latest female figurehead to come out of the SNL mode and she’s super reflective on what it meant to work on the show. The fact that she is so willing to place herself in the negative and constantly angry is quite fascinating. Too often, we have modern women portrayed as the infallible hero of their own story.

Liz Lemon just wants to live up a Burger King/Cinnabon combo restaurant. The fact that 30 Rock can make you appreciate that woman says a lot. She’s the slob with ambition that dares for more. However, she knows that she’s always one bad decision away from teaching Improv to Seniors on cruises.

In her own bizarre way, Liz Lemon is the show’s greatest villain. Constantly feeling obligated to the show she hates, the co-workers she lords over and the life she won’t commit to living….we watch Liz Lemon slowly go insane. 30 Rock could’ve ended super rough, but that’s why the introduction of James Marsden feels so tacked on. Things should have gone bad to a degree for Liz.

Tracy Morgan will never not make me laugh. Alec Baldwin is peak Baldwin as NBC Head Jack Donaghy. Jane Krakowski reminds me of way too many actresses that I’ve met in my real life. Then, there’s the writer’s room. So much life and love and world building in a little show that dared to exist.

Jack McBrayer remains the show’s secret weapon. 30 Rock even ends the series having framed the entire experience as being directly manipulated by Kenneth the Page. The little Immortal freak who had most of his material written by Donald Glover is a goofball that everyone can dig.

The Blu-ray comes with the special features ported over from the prior DVD releases. But, since Universal has given up on recent TV on Blu releases…Mill Creek stepped up to the plate. The show has never looked better, but I’m left wondering if it could’ve been cleaned up more. Oh well, it’s still something to watch while working on your Night Cheese.

30 Rock: The Complete Series is available now from Mill Creek 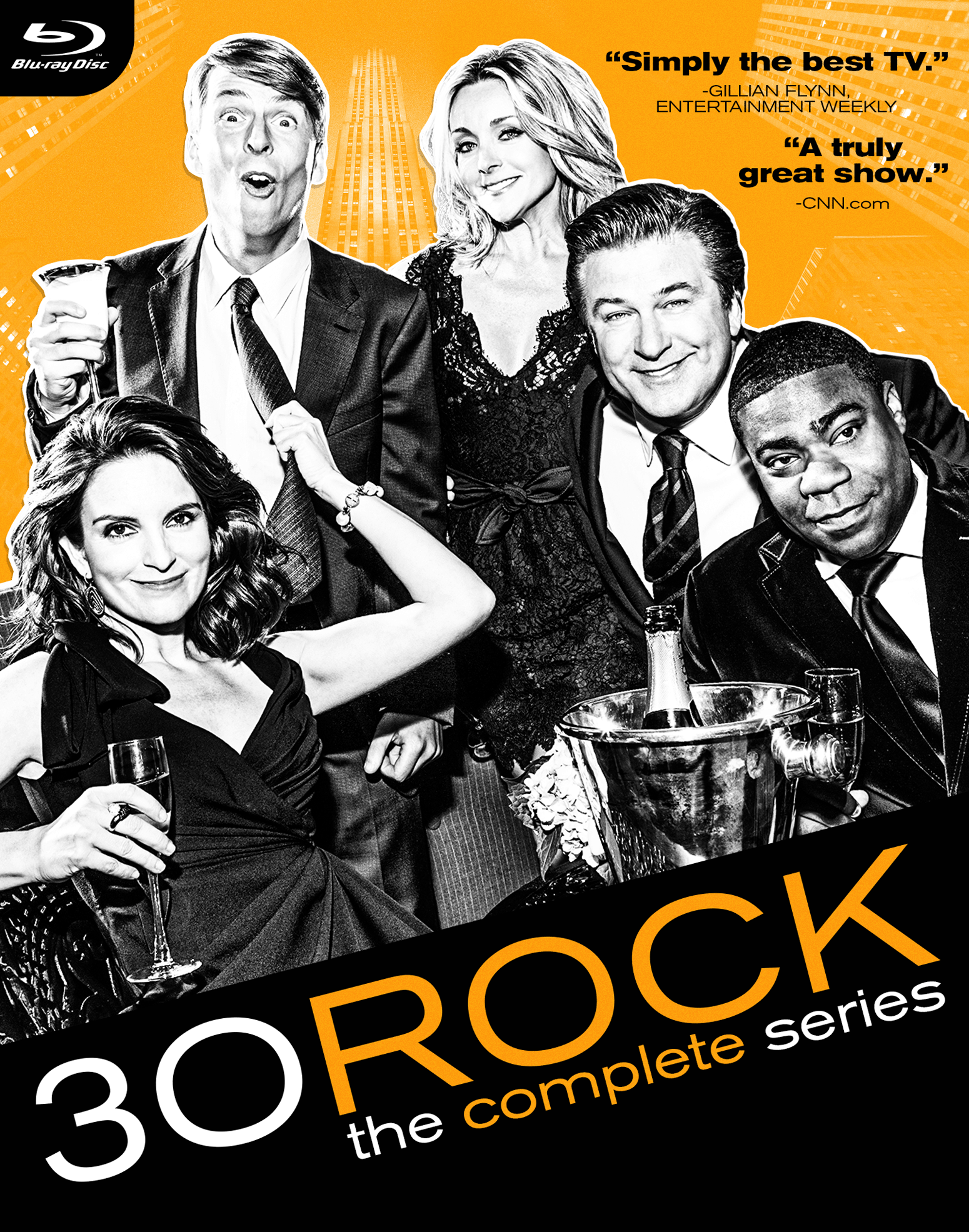 30 Rock continues that long line of NBC comedies that got better after their first season. Sure, Season 1 had fun moments with Isabella Rossellini and Paul Reubens, but it pales to the rest of the series. The last season even played better...
0
Average User Rating
0 votes
Have Your Say!
Your Rating: 0
Submit
Write A Review
Genre:Comedy
Studio:Universal