In celebration of the August 5th home entertainment release for NEED FOR SPEED,  an exclusive screening event was held for Petersen Automotive Museum Members on the evening of Thursday, July 31.  The event showcased an advanced screening of the bonus feature “Capturing Speed: Making An Authentic Car Movie,” hosted a filmmaker/talent Q&A with Director Scott Waugh & childhood family friend and industry stunt coordinator extraordinaire Lance Gilbert, and then screened the entire film for all to enjoy! The hero car from the film will be on display at the museum through October.
ABOUT THE BONUS FEATURE SHOWN AT THE EVENT:
Capturing Speed: Making An Authentic Car Movie / Go behind the wheel for an up-close look at what it takes to capture high-octane car stunts on camera. The filmmakers discuss the challenges and benefits of this “old school” in-camera approach, which requires the actors to learn how to handle a car at high speeds; building cars that actors can drive and that can be filmed; cameras that can fit in small spaces; and the marriage of physical special effects and stunts. All of this translates into an exhilarating cinematic ride, as the actors discuss the difference between pretending to go 100 mph in front of a green screen, and really going 100 mph in a vehicle.
ABOUT NEED FOR SPEED:
Based on the best-selling video game series, the action-packed movie Need for Speed is racing home for ownership on Blu-ray Combo Pack, Digital HD, DVD and On-Demand August 5th, each tricked out with never-before-seen bonus features you won’t want to miss!
Buckle up with star Aaron Paul (“Breaking Bad”), Dominic Cooper, Imogen Poots, Scott Mescudi (aka Kid Cudi), Dakota Johnson and Michael Keaton in this high-speed tale about an underground driver (Paul) who sets off on a race for revenge against the wealthy ex-NASCAR driver (Cooper) who framed him for a crime he didn’t commit.  Delivering real speed, real danger and real action, this turbo-charged thriller explodes on screen on Blu-ray and Digital HD with spectacular high definition picture and sound!
Need for Speed was directed by Scott Waugh (Act of Valor) and stars Aaron Paul (“Breaking Bad,” Mission Impossible 3), Dominic Cooper (Captain America: The First Avenger, The Devil’s Double), Imogen Poots (Fright Night, That Awkward Moment), Scott Mescudi aka Kid Cudi (upcoming Entourage: The Movie, “How to Make it in America”) Dakota Johnson (upcoming 50 Shades of Grey, The Social Network) and Michael Keaton (Batman, Toy Story 3).
Tags: Lance Gilbert, need for speed, Petersen Automotive Museum, Scott Waugh

0 0
Previous ArticleOpen Road Films will release ROSEWATER – written for the screen and directed by Jon Stewart – in select theaters on November 7, 2014.Next ArticleObvious Child will be available on Blu-ray (plus Digital HD) and DVD (plus Digital) October 7 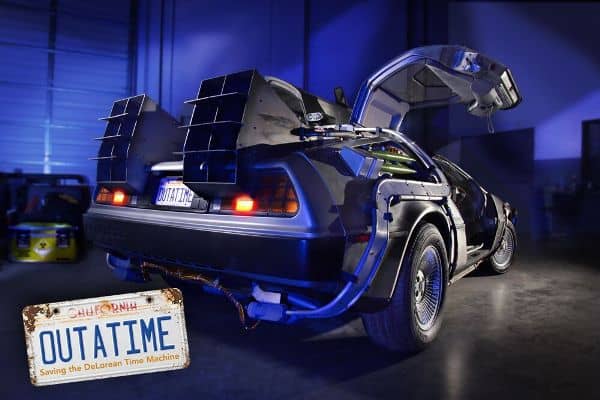