From Paolo Sorrentino, the internationally renowned writer and director of Italy’s Oscar-winning foreign language film THE GREAT BEAUTY, comes YOUTH. Starring ACADEMY AWARD® Winner Michael Caine as Fred and ACADEMY AWARD® Nominee Harvey Keitel as Mick, YOUTH explores the lifelong bond between two friends vacationing in a luxury Swiss Alps lodge as they ponder retirement. While Fred has no plans to resume his musical career despite the urging of his loving daughter Lena (ACADEMY AWARD® Winner Rachel Weisz), Mick is intent on finishing a screenplay in what may be his last important film for his muse Brenda (ACADEMY AWARD® Winner Jane Fonda). Set against a sprawling landscape of unforgettable sights and intoxicating music, YOUTH asks if our most important and transformative experiences can come at any time – even late — in life. **Step behind the scenes with exclusive extras featuring the cast and director – only on Blu-ray™.
YOUTH garnered Jane Fonda a Golden Globe® nomination for her turn as Brenda and features David Lang’s moving composition, nominated for a Golden Globe® and an Academy Award® for Best Original Song “Simple Song” #3. Lang wrote the signature song before Sorrentino completed the script which was a vital plot point for the character of Fred Ballinger. A recipient of the Pulitzer prize in 2008 and Carnegie Hall’s Debs Composer’s Chair for 2013-2014, Lang is one of America’s most performed composers.

0 0
Previous ArticleCAROL Available on Blu-ray™, DVD and On Demand March 15, 2016. Available on Digital HD March 4, 2016Next ArticleENTER TO WIN A SIGNED COPY OF THE “FIFTY SHADES OF BLACK” SOUNDTRACK 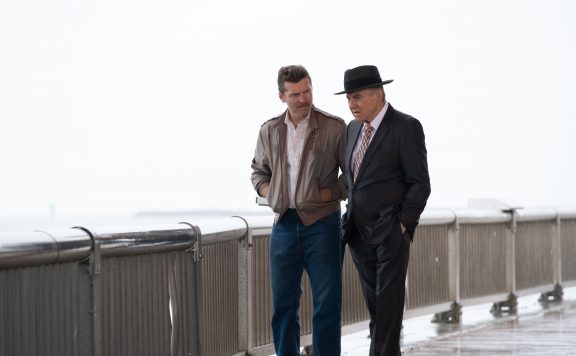 THE LAST WITCH HUNTER gets its first poster and a teaser trailer!
May 1, 2015
The Favourite review: Queen Mary’s Regal Rabbit Test
March 13, 2019