The Wonderful World of the Brothers Grimm is not that uncommon from the modern biopic. However, George Pal was a master of spectacle that was more interested in dragons and little people than getting the Grimm history correct. Yet, the movie dives super hard into giving us an idea of what early 19th century Germany looked like. Honestly, it’s not super different from the later Terry Gilliam film.

This might be one of my Top 3 favorite releases from Warner Archive. What Warner Brothers has access to is one of the deepest catalogs in film history. By going after 70mm/Cinerama historic milestone The Wonderful World of the Brothers Grimm, Warner Archive is showing a commitment to inform film fans and share history with them. It’s amazing to see such a film pillar of a time where the theatrical experience was optimized.

Now, the influence of the amusement park industry has turned cinemas into a high churn experience. But, such is the nature of storytelling as shown in The Wonderful World of the Brothers Grimm. Those that would create, share and inspire are always subject to the whims of the financial sector. Watching the juxtaposition between the FX heavy segments and the German countryside might put modern viewers on the outs, but it says something about this dichotomy.

George Pal didn’t make that much more films after Wonderful World of the Brothers Grimm. I know we have some readers that enjoyed his swan song Doc Savage, but don’t sleep on this one. The more I watch Wonderful World of the Brothers Grimm, the more it seems like one era dying to give birth to another. It’s just a shame that turning the movie going experience into something trivial was the result.

Including the Smilebox format on the second disc was a stroke of genius. For those that have never seen a film in Smilebox before, the angles will take a bit to get used to in 2022. It’s not like you can find a theater that can easily display three screens to create the Cinerama panorama that allowed it to thrive. In one of the many moves that was meant to fight the rise of TV, Cinerama wanted to create a perfect screen view to match your natural observation patterns.

I hope that the Smilebox gallery gives our younger viewers an idea of what made the format so special. While there are cinema fundamentalists that hate any technological push to change how we view movies, Cinerama walked so that everything from IMAX to the present changes could run. Was The Wonderful World of the Brothers Grimm the best choice for this? If you have questions about the other kinds of films being shown in the Cinerama format, Flicker Alley has a great selection.

Fantasy cinema of the 50s and 60s is so fascinating and it’s a time that we’re never going to recover. Even we have boomer directors trying to bring it back, it feels like a cheap memory. The Wonderful World of the Brothers Grimm is mean to be a time capsule for that reason. Beloved and forgotten cinematic formats, a mainstream big budget treat that appeals to all audiences and everything else comes together to create this experience. An all-ages film that modern people claim to want, but always fail to support.

Warner Archive delivers a deluxe 2-disc special edition Blu-ray for the Wonderful World of the Brothers Grimm. You get a ton of trailers, radio interviews, featurettes, documentaries and a slideshow. What I found fascinating in all of this is learning that they couldn’t shoot the movie in the lands that inspired the original tales. It was because they were still bombed out from World War II. The A/V Quality is impeccable on both versions of the film.

Plus, that DTS-HD 5.1 master audio track mix accurately restages the audio of the original theatrical showings. For those that appreciate these deep dives into film history, I’d recommend a purchase.

The Wonderful World of the Brothers Grimm is not that uncommon from the modern biopic. However, George Pal was a master of spectacle that was more interested in dragons and little people than getting the Grimm history correct. Yet, the mov...
0
Average User Rating
0 votes
Have Your Say!
Your Rating: 0
Submit
Write A Review
Genre:Fantasy
Rating:Not Rated
Director:George Pal, Henry Levin
Studio:Cinerama, MGM 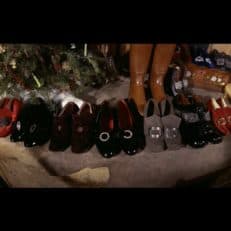 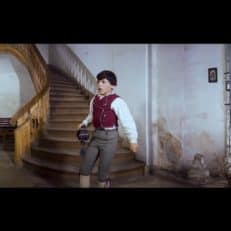 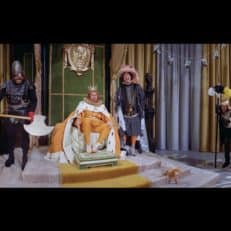 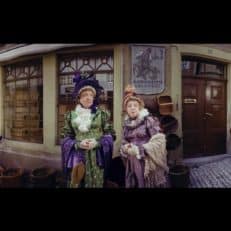 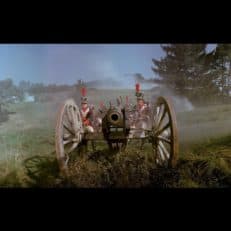 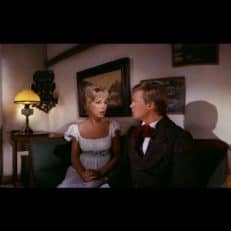