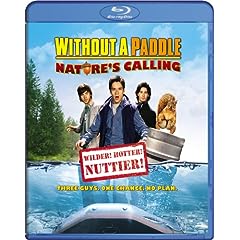 Zach and Ben have been best buddies since they were in grade school. They were those “two guys” that we all know, opposites, but still the same kid. Their friendship continued through High School. Zach continually got them in trouble due to his carefree existence, and Ben was oblivious to everything as he became smitten by the girl of his dreams. Just as Ben got the nerve to pursue her, she moved out of the neighborhood, leaving Ben devastated for many years to come.

Young Ben and Zach are freshman in high school.  Ben is somewhat a good, clean cut, nerdy teen.  While his friend Zach is more cool and mischievous.  At the first day of school, Ben instantly falls for the school activist Heather who is a vegan and against the cruelty of animals. After signing a petition to join her cause, for Ben, its love at first sight.

While trying to impress her the following day sporting a Meat is Murder t-shirt, Ben is ambushed by two bullies but thankfully for Zach, the two get into a fistfight with the bullies.   While recuperating in the nurses office, Ben sees Heather and she blows a kiss to him and from that point, Ben falls in love.  Despite Heather being expelled from high school for trying to free the lab animals.

Fast forward nearly a decade later and Zach is working at a nursing home and Ben is now a busy lawyer.  Ben and Zach have not really spoken with each other.  Zach continues to be a cool, playboy but cares about the people in his life, while Ben is more into working as a lawyer and never has time for anything.  Zach has always tried to get in contact with Ben but Ben is too busy to talk.

One day, one of the women that Zach takes care of is dying and she has one last wish, to see her granddaughter one last time.   She begs Zach to find her in Oregon.  Of course, Zach is a bit reluctant but when he sees the picture of the granddaughter, he realizes its Heather, the girl that Ben was obsessed with in high school.

The Blu-Ray does a great job at showing off this Direct to Video feature. My only beef is that there is very little difference between the DVD and the Blu-Ray. Sure, you get the 1080 bump. But, it’s for a film that looks like it was shot for television. I really wish that there was something else to make me want to pick up the film. But, this is a rental as there is no big difference outside of a clearer picture.