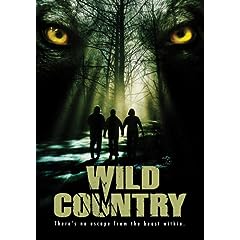 After being forced to give her baby boy up for adoption, Glasgow teenager Kelly Ann decides to go on a cross country hike through the Scottish Highlands with a group of friends. Kelly Ann’s ex – boyfriend Lee then appears uninvited in an attempt to rekindle their relationship. Things do not go to plan however when Kelly Ann & Lee find an abandoned baby in the ruins of an old castle. As the teenage group attempt to get the baby to safety, a vicious, wolf-like beast appears from the darkness and begins to stalk the group, picking them off one by one. The group soon realise that they have to kill the creature or be killed themselves.

“Wild Country” follows a group of five teenagers on a cross-country hiking trip. Driven to their rather bleak starting point in the middle of nowhere by their adult guardian, Father Steven, they unenthusiastically embark on their countryside adventure whilst bickering at each other with their own brand of genuinely amusing banter. Kelly Ann, having recently given up her unwanted baby for adoption, responds to the sound of a crying infant coming from the wild darkness. She pulls the abandoned child from the bushes and proceeds to breastfeed.

Meanwhile, a creepy, peeping Tom of a shepherd gets himself mauled to pieces by a savage beast which prompts the kids to be somewhat more vigilant as they hike their way to the destination at a guest house, where Father Steven awaits them in the company of the establishment’s accommodating landlady, Missy. True terror awaits the youths in the darkness of the cold night as they fall, one by one, at the claws of the Shadow Beast.

The DVD is a rather weaksauce release. The A/V Quality suffers from that PAL to NTSC glow that Euro-Horror gets. Plus, the special features are basically EPK material to line the movie. It’s a lot of schlock for little real value. That’s why I can barely recommend it for a rental.