Quick Change was the first crime that I ever loved. As the years went on, I came to realize it’s the greatest Bill Murray movie ever made. That’s not to besmirch his work with Reitman, Anderson or Garfield: A Tale of Two Kitties. Some might even try to fight that claim due to Murray sharing directing duties with Howard Franklin. But, Quick Change is the closest film to capturing what makes Bill Murray work. It’s comedy and drama that gives you a middle finger when your back is turned.

Bill Murray is one of the world’s greatest living Comedic actors. For America, so much of how we view comedy gets caught in the sticky world of stand-up. With the rise of comedy podcasts, we have new scores of comedy snobs that will poo-poo this assertion. But, there is a realm of comedic acting that is dramatically underserved. That’s why Bill Murray stands out even more in his old age.

Comedic acting requires understanding a narrative so much that not only you hit the comedic notes, but you mine more opportunities out of it. While it progressed throughout the decades of performance, that effort has hit a wall since the year 2000. Now, it’s all about line-a-rama and Improv that plays closer to sketch and stand-up comedy. The ability to create comedy that is true to a film or show’s world is being lost. In a way, Quick Change might be one of the last celebrations of that.

Crime comedies are an incredibly hard sale. After all, very few people want to laugh anymore at the idea of being robbed. There’s something about an Information Age with instant access to camera that makes it hard to laugh at spontaneous terror. Think of the last movie that made you chuckle at a kidnapping, robbery or accidental murder? I tried myself and the last instance has to be the big guy blowing his brains by tripping on the steps in Out of Sight.

I’m including the video so that I don’t sound like an old man trying to remember movies that came out when some of you were in preschool. The point being is that it’s harder to poke fun at dramatic elements now. But, what if the robber is wearing a clown get-up? Then, it starts making you question the circumstances of what’s happening. I still haven’t read the source novel that Quick Change adapted, but I know people that have read it. Both film adaptations are pretty true to the source novel that plays up the humor in the situation.

That’s right, kids. There was a Montreal production of Quick Change released in 1985. The film Hold-Up starred French legend Jean-Paul Belmondo as Grimm. Before you ask, yes that is Kim Cattrall in the Geena Davis style role and yes French Canadian productions did allow nudity in their trailers. So, this counts as a warning not to click play on that trailer until you’re at home.

While the 1985 version played up action and more of the crime elements, the 1990 version skewed towards urban angst. Quick Change solved the bank robbery rather easy and upfront. The focus of the movie is on how does Grimm, Loomis and Phyllis escape New York City. Something as simple as a construction crew removing street signs in Brooklyn throws the whole plan for a loop. Almost evoking elements of After Hours, we get to see what happens when three NYC natives are forced to exist in a city outside of their comfortable norms.

Frequent airings on HBO has ingrained this movie into the depths of my existence, so this counts as an acknowledgment of bias. But, I always preferred Quick Change to After Hours for one reason. It’s easier to like Bill Murray vs. Griffin Dunne. Dunne is kind of a nebbish razzled type who feels like he should be used to the things he encounters at night. Meanwhile, Murray’s Grimm has an added emphasis on getting the hell out of NYC as fast as possible.

It’s the lingering cloud of the robbery that forces him into crazier situations. Well, that and Loomis have constant background and assuming they’re going to die at any given moment. Roger Ebert in his 1990 review of the film took issue with the escape part of the film, as he felt it derailed the promise of the opening. I view that take as a misread. But, I grew up in a generation that chose to declare Empire Strikes Back the best Star Wars film, so I’m accustomed to getting the big action out of the way first.

Quick Change often gets compared to Dog Day Afternoon and that’s a fair basic level comparison. But, Dog Day Afternoon had way more competent cops and fixed locations. I mean, it’s not like Grimm was robbing the bank to get Loomis a sex change. It was three friends trying to retire forever and leave the country. Their needs were basic and their quest was simple, so what made it so great?

Well, because it allowed Bill Murray to perfectly balance his two strengths. Dramatic understanding and comedic timing to create his most rounded performance. It’s not enough for Murray to deadpan jokes in a bank robbery and then split. You have to buy his relationship with Phyllis and why he doesn’t just kill Loomis. They all love each other and Grimm feels like the father of this family. But, why does that make Quick Change so different than something like Hold-Up.

What ends up hurting Quick Change is the split direction approach. Murray could land the comedic elements of the script, but Franklin was a first-time director too. While he later got more practice on features, it’s weird for a major studio to pair a comedic actor and a screenwriter together to make a summer movie. Howard Franklin’s biggest hit before teaming up with Murray here was a rewrite on The Name of the Rose. Yet, it ended up becoming Murray’s biggest unsung victory for a reason.

Too wild for the summer, too out of the box for adult cinema…it’s a spectacle for no one in 1990. But, 30 years later…Quick Change is indicative of the modern humor. Feeling trapped in a sprawling metropolis and not being able to achieve a basic goal feels very 2020/2021. All the while, Murray can land the jokes and stare at the audience looking defeated. When a clown is told to examine being a clown, we find the Pagliacci underneath.

Warner Archive should be given an award for bringing Quick Change into the HD age. The Blu-ray comes with no special features, but it packs a true to form A/V Quality. The 1080p transfer sports the proper amount of grain, but you also get that clear and crisp image. Plus, the DTS-HD 2.0 master audio track is true to the original presentation. I’d recommend a purchase to Murray fans everywhere.

Fans can purchase Quick Change at www.wbshop.com/warnerarchive or online retailers where DVDs and Blu-rays® are sold

Quick Change was the first crime that I ever loved. As the years went on, I came to realize it's the greatest Bill Murray movie ever made. That's not to besmirch his work with Reitman, Anderson or Garfield: A Tale of Two Kitties. Some migh...
0
Average User Rating
0 votes
Have Your Say!
Your Rating: 0
Submit
Write A Review
Genre:Crime
Rating:R
Director:Bill Murray, Howard Franklin
Studio:Warner Brothers 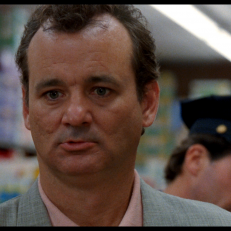 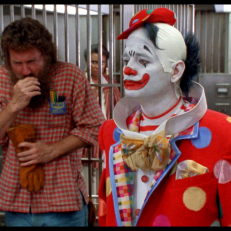 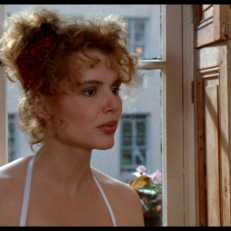 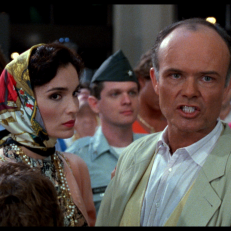 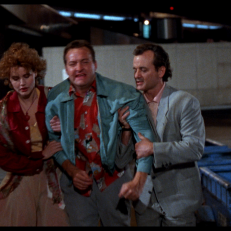 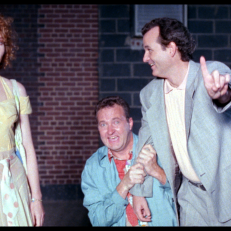 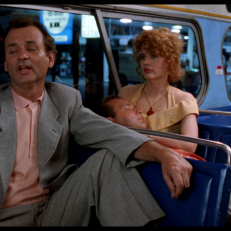 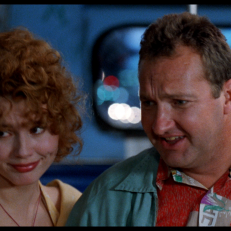